Samsung GALAXY Note 10.1 tablet, back in February during the MWC 2012, the tablet specs was featured a dual-core 1.4GHz Exynos processor along with the S Pen.

According to Korea daily IPD newspaper, the tablet release has been pushed back to June, but for a good cause. The dual-core processor is being replaced with a Quad-core Samsung-Made Exynos 5 processor, most likely the 1.5GHz Exynos 4412 chipset. This changes the Samsung GALAXY Note 10.1 from being like a Samsung GALAXY Tab 10.1 with an S Pen, This tablet performance will probably be right off the charts. 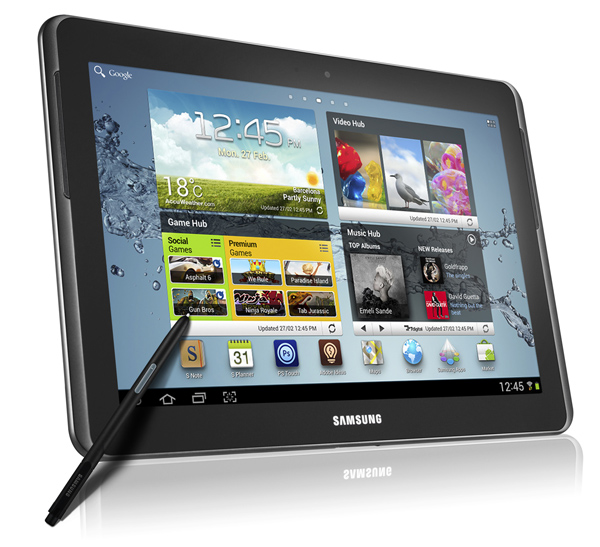 The Korean newspaper said that Samsung decided to go with the quad-core Exynos processor as a way to make the tablet more competitive to the new Apple iPad. The A5X processor in the latter tablet has outperformed even the Tegra 3 when it comes to graphics so Samsung is hoping that by bringing in a higher-spec chipset, it will be in better shape to compete with Apple third-gen tablet.