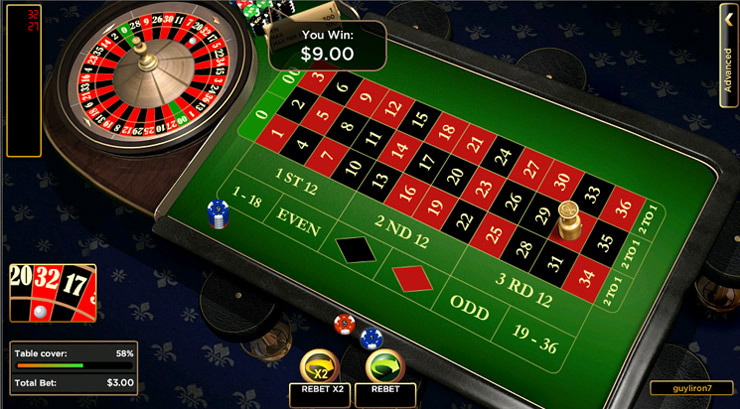 The beauty of online casinos isn't just that you can play Roulette online for real money, but that you can get the thrill of sitting at a table in Macau or Las Vegas from the comfort of your own home, or on the move via the amazing live rooms. Real-life versions of games on online casinos are hugely popular, and you'll be spoilt for choice when you're looking for a game to play. But, what are the best games? Read on to find out.

Quantum Roulette is a single-zero Roulette game with the thrill of an added multiplier. Whilst the wheel still features the standard European numbers, zero to 36, it also features Quantum Multipliers that can boost Straight Up positions randomly during each spin, enhancing the possible payouts on your numbered bets.

Only Straight Up bets and those inside the Neighbours, Complete, Half-Complete, Jeu 0, Orphelins, Jeu 7/9, and Finales en Plein positions can be enhanced by the Quantum Multipliers, although you can still place other regular Roulette bets, like red or back and odd or even.

A multiplier is randomly added to a Straight Up number before each spin. If the ball lands on that number your stake will be increased by the number shown, from 50x up to a maximum of 500x the original payout. You could walk away with some impressive winnings if the game goes in your favour!

This action-packed variant of Roulette features two wheels instead of one - adding extra thrills to the classic brick-and-mortar game. A table top single-zero wheel and an extra golden wheel spin at the same time, but in different directions. However, when both wheels grind to a halt, the pocket the ball lands in on the table top wheel is added to the number in the golden wheel that's aligned with the winning number to work out the Spread Bet Roulette outcome.

The golden digitalised wheel has two spinning sections. The outer rim is a representation of the table top wheel, whilst the golden inner rim spins in the opposite direction. Although once they stop spinning the number the ball has landed on in the table top wheel aligns with the number on the gold rim to create the spread bet result.

There is also the ‘Green Win' rule, which means you could win double the amount placed on any spread bet positions when the balls rolls into the single-zero pocket.

Live Age of the Gods Roulette

Part of the huge Playtech franchise, this live room is aptly set in an ancient temple, with a stone Roulette table and appropriately branded Age of the Gods wheel.

This variant is basically played out the same way as regular Roulette, although the set, massive wheel and four progressive jackpots, catapult it into contention for one of the best live Roulette games you'll find online.

With every spin of the wheel, a small amount of the punter's wagers goes towards the four-tiers of progressive jackpots - Power, Extra Power, Super Power and Ultimate Power. These jackpots, which range from £100 to a whopping six-figure sum, can be won on any spin.

If you're lucky enough to trigger a jackpot winning spin, a screen will appear with 20 coins and you'll need to attempt to match three identical coins. The first three coins you match will be the jackpot that you win. Here's hoping it's the Ultimate Power!