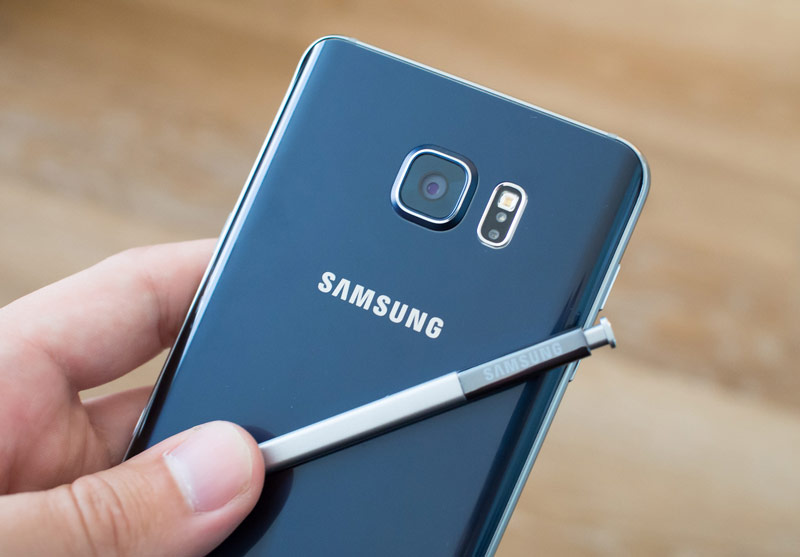 The Note 7 is 73.9mm wide and that's even narrower than the first Note which sported a smaller 5.5-inch display. The Dual Edge device is the slimmest in Samsung's Note arsenal yet.

This is the first in the series to feature a display that's curved on both sides, complete with Edge features from Samsung.

The Note 7 features the first of its kind iris scanner that works in sync with KNOX and Samsung Pay to make payments even more secure.

Even though the S7-series already had the IP68 water and dust resistance certification, it is the first Note device to have that.

The S-Pen can be used underwater as well and features 4096 levels of pressure sensitivity. Also, the tip won't be damaged if you insert it in the wrong way into the slot.

Staying true to the rumors, the latest Note does feature Samsung's first USB Type-C port as expected. This should allow for faster charging and data transfer speeds.

The phone will be able to survive falls from up to a height of 1.6m due to the brand new Gorilla Glass 5 protection on it. It's also the first smartphone in the market to feature Gorilla Glass 5.

The Galaxy Note 7 will have at least 64GB of UFS 2.0 internal memory with an expandable SD card slot. The higher storage variants may even offer up to 256GB of space.

The new Blue Coral color is quite beautiful and makes its appearance for the first time in the Note series.

In case you are interested to buy one, pre-orders will open on August 3 and the official sale will begin from August 19.