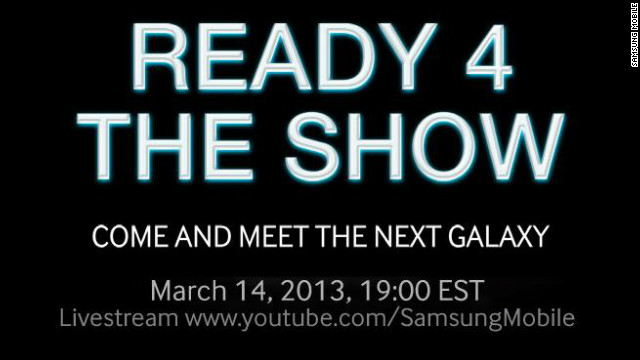 Finally, there's word about the launching of the Samsung S IV and it looks like Samsung wants Apple to see how successful it will be. On March 14th, the S IV will be formally launched in New York City after purportedly being flooded with calls from various carriers to do it in the Big City.

NY is a major market for smartphone and it could be said that Apple controls majority of smartphone users in the city in Q4 2012. Expect a few jabs thrown at Apple and a throng of Samsung and Android supporters to attend the event.

Samsung is said to have tipped the scale against Apple's lucrative smartphone business. It has gained a lot of following with its partnership with Google and the introduction of various selections of smartphones that are more affordable by Apple standards. Furthermore, the complicated relationship of these two competing companies makes the situation a lot difficult for each of them to lose the other.

According to information procured from the OLED Association, Samsung will possibly debut the flexible plastic display on the IFA in Berlin and the Galaxy Note III could be the first device to sport this breakthrough component.

The report from OLEDA also claims that the Note 3's display will be significantly lighter, thinner and more flexible than the one used on the Note 2. It could be the main point of discussion for Samsung on the said event, but this remains to be seen.

Furthermore, the Galaxy Note 3's screen is reportedly comparable to the Youm display screens that were introduced in the CES a few months back. There is no further information whether or not Samsung will release a curved display, though, despite the rumors.

A thinner plastic-based screen will surely make room for a better battery, to compliment the Note 3's processing ability. Also, with a screen size reportedly half an inch bigger than its predecessors, the Note 3 could very well topple the Galaxy S 4's popularity.