In the following weeks or months, the next most anticipated device from Samsung, the Galaxy Note III, will get its fair share of rumors and news until it gets launched. First up is its pilot testing, which will be attended by AT&T executives, according to Koreatimes insider.

A prototype will be demonstrated in front of a select panel, including the Chief Marketing Officer for the US carrier. New marketing strategies will reportedly be laid out for the 5.9-incher.

Although this proves the possible release of a new Galaxy Note version in the near future, others are quite peeved because a rumor is going on that another phablet was going to be introduced that was 6.7 inches in size.

Others think that Samsung should focus more on their core high-end products than setting out to create various versions for their mid- and low-range clients and making various sizes of their devices. Whatever the Korean giant's plan is with the Note 3 still remains to be seen and should be revealed to us little by little in "staged" or even "accidental" leaks, much like it was with the S 4. Just sit tight. 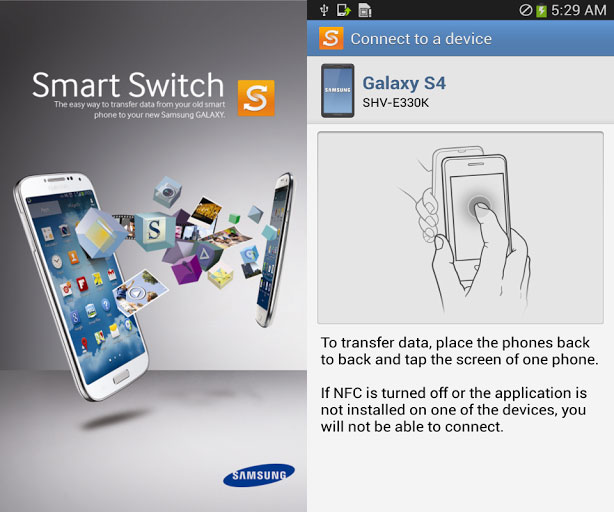 Use this app if you are transfering from Samsung Galaxy S series(with IceCream Sandwich or JellyBean OS and NFC) to new Galaxy device. If you are looking to switch from a non-Samsung device to a supported Samsung device, please use the "Smart Switch PC and Samsung Smart Switch Migration app". For more information, go to "https://www.samsungsmartswitch.com".