Samsung Galaxy Grand Lite to be announced at MWC
Samsung 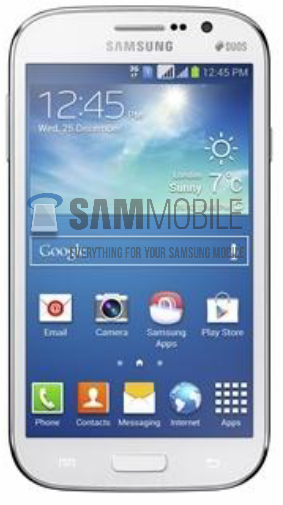 The camera is expected to be a 5-megapixel and a very standard VGA camera on the front; SamMobile claims the phone will run on Android 4.2 Jelly Bean - that's probably just temporary, and the final product should have at least Android 4.3 out of the box. Dual SIM support is pretty much a given as well, as the Galaxy Grand has been a success in markets where phones with two SIM slots are quite popular, though that's something we can't confirm at this point.

The Samsung Galaxy Grand Lite will be in stores in the fifth week of 2014, which is the one starting on January 27 and ending on February 2. The phone will come in black, orange, and "lime green", perhaps wishing to appeal to those who love the colorful Nokia Lumias.