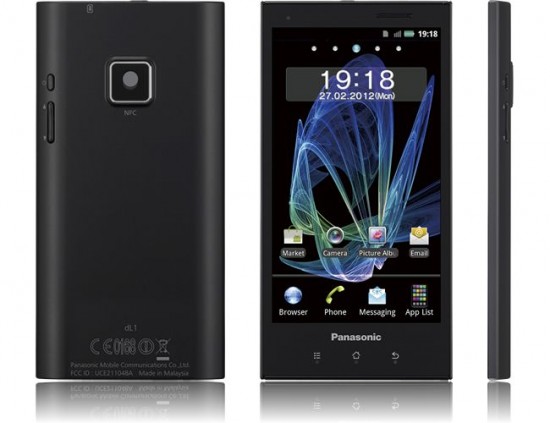 The stylish Panasonic ELUGA originally launched in Japan, but has now touched down in Germany. The next stop for the waterproof and dustproof smartphone is the UK, where it will be available on April 24th. In Germany the device was priced in a range of €370-€400 ($484-$523 USD). In the U.K., €365 should allow you to take it home.

The waterproofing allows the device to sit in up to 3 feet of water for 30 minutes with no problems afterwards, Also the Eluga is Dust-proof, there is no Micro SD memory slot and it have a 1Ghz TI OMAP CPU with 1GB RAM.

Panasonic unveiled the specifications of their Android smartphone dubbed the Eluga, expected to debut on the European market this March.

Eluga is powered by a dual-core 1GHz TI OMAP 4430 processor and 1GB of RAM and 8GB of internal memory, which we have come to expect from high-end droids these days. At the front we find a 4.3-inch OLED display with qHD 960 x 540 pixels resolution.

It is also water- and dust-proof with NFC on-board. Remarkably, this has not made the device as thick as one might expect. The Eluga is just 7.8mm thick and weighs only 103grams, which, to bring it in a perspective, beats the Galaxy S II hands-down.

The reason for the phone little hump at the back is the 8MP auto-focus snapper with image stabilization. Speaking of the back, underneath the back cover resides 1,150 mAh battery good for 300h of standby and 240 minutes of talk time.

The Eluga will run Android Gingerbread 2.3.5 when initially sold with Ice Cream Sandwich coming in the Spring of this year, or at least that what Panasonic promises.