Motorola announced a New 4G LTE device,the DROID RAZR MAXX. Stating this was not a replacement over the original RAZR just recently launched but an improved version with a larger battery 3,300 mAh which double any 4G phones battery on the market currently. During CES 2012, Motorola clearly stating that the new Motorola DROID RAZR MAXX will be available starting Thursday, January 26th.

The new MAXX edition will be exactly the same as the original we reviewed late last year, only it will offer a larger battery. Motorola will be launching the MAXX with a 3,300 mAh battery promising over 21+ hours of solid use. Enough for any hardcore power user, or a busy business-minded individual and also still 8.9mm thick! 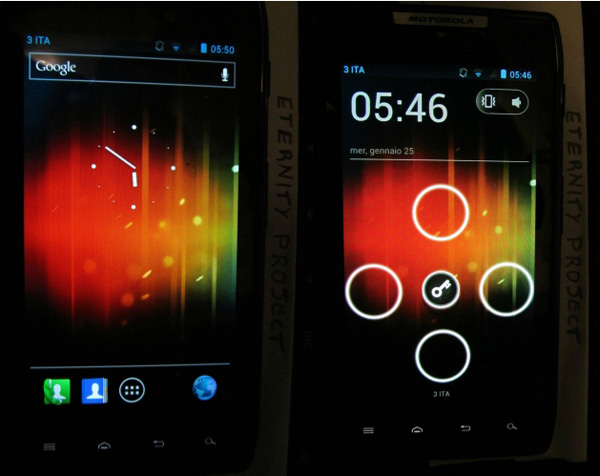 An ICS ROM for the GSM version of the Motorola RAZR has leaked online that gives a glimpse of what we could expect later during the year when it starts rolling out officially. 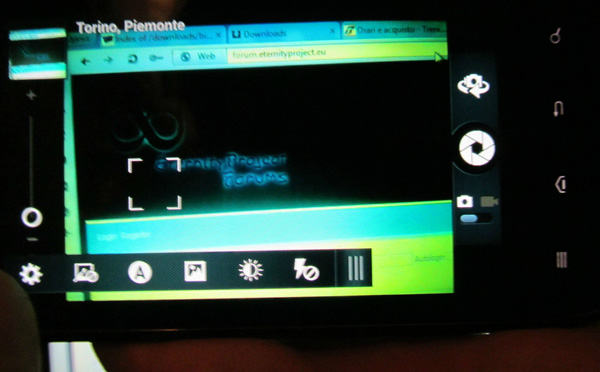 At first glance it looks almost stock but that is mostly because it is still in the developmental stage and there is a lot of work left to be done on it. only visible changes are a new lock screen that features four custom spots where you can drag the lock icon and the option to put the phone on silent or vibration, sorely missing from the stock ICS ROM. Also new is a camera app that is similar to the one on the current Gingerbread ROM for the RAZR.

We previously reported that Motorola is facing intense pressure from users to unlock their devices, and it seems like the mobile giant may finally be giving in.

In a recent post on their official blog, Motorola announced that it will be shipping the unlockable RAZR sans warranty, as well as with post-purchase instructions on how to unlock/relock the device, locate build instructions, as well as access additional developer resources.

Droid RAZR MAXX is out of stock in Verizon store, Chipping in 9,Feb
Motorola

The DROID RAZR MAXX is obviously selling like hot cupcakes these days with Verizon Wireless at one point listing the popular devices as out of stock.

However, the carrier and Motorola must have been working round the clock to fix this "injustice" and now the DROID RAZR MAXX is back with a small label that says "Will ship by 2/9." That is two days from now, so if you want the thicker version of the RAZR, you may still be able to get it by weekend or, worse case scenario, on Monday.

Wirefly is offering the Motorola DROID RAZR M for only $79.99 with a new Verizon contract, that's a 20% discount and it looks like a Good Deal.

At the front of the Motorola Razr i sits a 4.3-inch Super AMOLED Advanced display of qHD resolution with Gorilla Glass for protection. The 2.0 GHz Intel Atom chip is so fast, that the Motorola RAZR i starts the 8 megapixel camera under 1 second and can take 10 pictures in less than one second. It has a 2,00mAh battery.

The Kevlar-coated RAZR i will be launched in the UK, France, Germany, Brazil, Argentina and Mexico in the beginning of October. It should cost about £340/€420 at launch.

The Android 4.1 Jelly Bean update brings a number of software improvements to the DROID RAZR M. They include Google Now, Android Beam and NFC, and improved notifications to go with the buttery smooth menu transitions. Unsurprisingly, the new OS is dressed in Motorola's custom UI, which adds only a few extra touches to the Pure Google Experience.

Verizon Droid RAZR HD by Motorola Mobility launched with Android 4.0 ICS on-board earlier this year. Motorola promised to deliver an upgrade for Droid RAZR HD smartphone with Jelly Bean Android before the end of this year.

According to their promise, Motorola finally launched the Android 4.1 Jelly Bean update for Motorola Droid RAZR HD, which can be downloaded via the official Motorola server. Currently, there are no feedback comments related to the results of this update from the Droid RAZR HD users. And, until now there has been no confirmation that the update will be compatible also with its smartphone relatives, the Droid RAZR Maxx HD.

Motorola is starting a war on Samsung's flagship device, the Galaxy S III. Motorola went to its website and Facebook page to promote its DROID RAZR HD and mention in what ways it makes the Galaxy S III seem like a thing from the past.

Battery life was naturally mentioned, Motorola was keen to point that the DROID RAZR HD has 20% more battery juice than the 4G Galaxy S III (and judjing by the smartphones' scores in our battery tests that really counts).

Motorola is also pretty happy with the design scheme of their smartphone, dubbing it the world's most compact 4.7" smartphone. Technically, the Galaxy S III is a 4.8" smartphone, but you got the point.