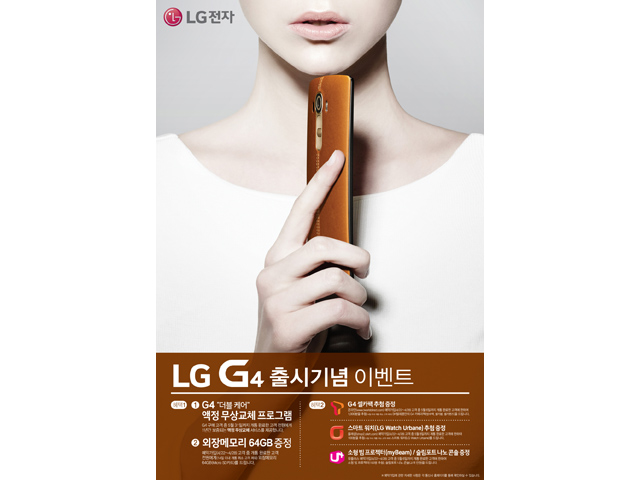 After too many rumors and teasers, LG Korea confirmed that its upcoming flagship, LG G4 will hit the stores on May,31st or at least in the company's home market.

LG also announced it will offer free screen replacement and free 64GB microSD card for all those who pre-order the G4 in Korea. As you might know LG is also running a LG G4 trial program in few countries to let a select group of people try out the phone before it officially launches.

LG G4 is set to arrive with a 5.5-inch True HD IPS display of QHD resolution and made from Corning Gorilla Glass 4, sporting the Snapdragon 808 chipset, it will pack 3GB of RAM with 32GB on-board storage. The company has been harping about the 16MP rear snapper with f/1.8 aperture for clicking wide-angle images.