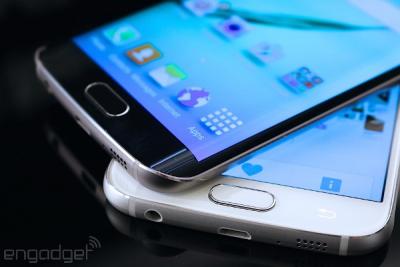 Before you get too excited, let me tell you upfront that the upcoming Galaxy A (2017)-series is probably not going to get the curved display as you might be thinking. To the best of our knowledge, they will sport flat screens just as their predecessors. However, rumors are going around suggesting that at least some of the Galaxy A smartphones which will be introduced in 2017 could very well sport the Super AMOLED curved panels which we have so far only seen on the flagships from Samsung.

Even though it is just a rumor and a very light one at that, if Samsung does actually decide to shift onto curved displays for the Galaxy A-line up, we think we know the reason why they would do that. The answer is competition. Although Samsung still is the global king of smartphones, in certain Asian markets like China, its market share is dwindling. The reason for this downfall is of course, competition from big Chinese brands like Oppo, Xiaomi, Huawei and many others. These Chinese companies are selling phones with hardware similar to those offered by the established brands at half the price. Samsung needs to distinguish its smartphones by endowing them with unique features at a competitive price in order to survive in the low to mid-range market and its brilliant Super AMOLED curved display can definitely give Samsung mid-range phones the "edge" they need.