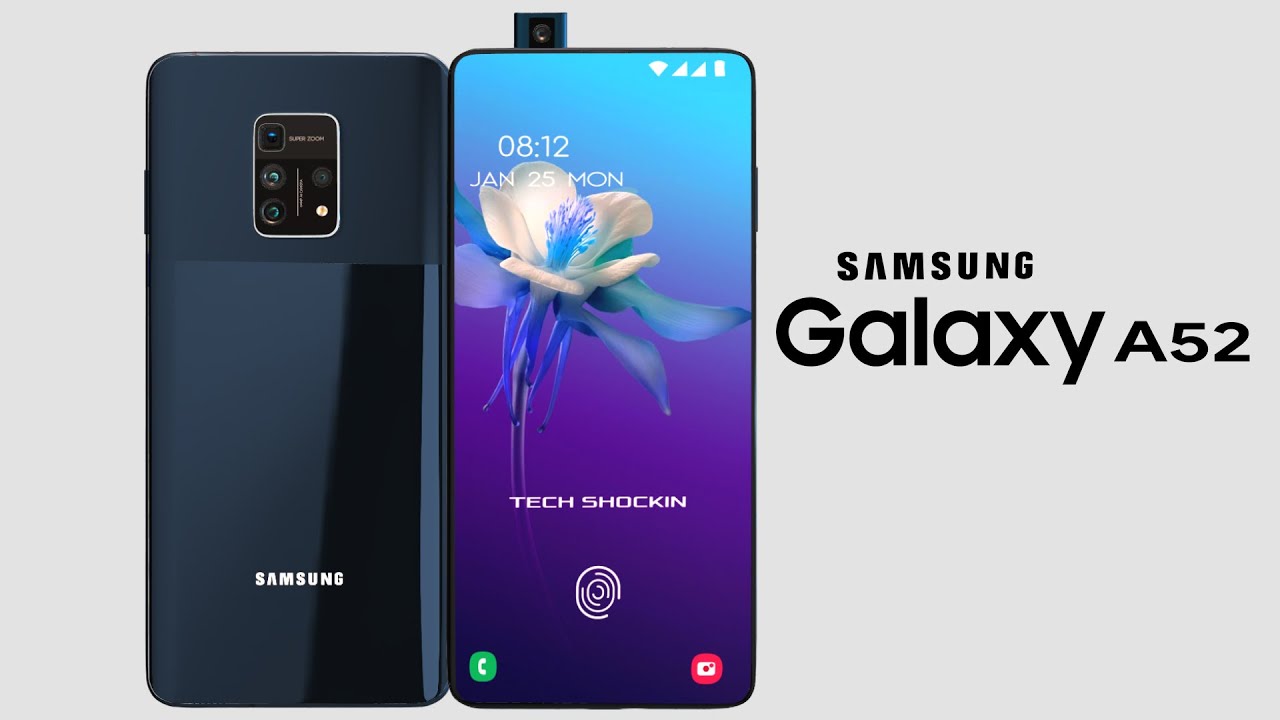 Samsung Galaxy A52 is the upcoming smartphone. The device falls into the mid-range category but recently we got some leaks that suggest premium-like features for smartphones. Earlier rumors suggest that the Galaxy A52 will feature a 90Hz to 120Hz display refresh rate for a super AMOLED display. It was also revealed that the smartphone will have an IPS67 rating for dust and water resistance. These two features were only limited to Samsung's high-end smartphones but now we will witness these features for Galaxy A52.

Recently, a reliable Twitter user Roland Quandt (@rquandt) has revealed the camera specifications for the Galaxy A52. According to his tweet, the phone will feature a quad-camera system on the rear side, featuring a 64-megapixel primary camera sensor, a 12-megapixel ultra-wide camera sensor with 123-degree FOV, a 5-megapixel macro camera sensor, and a 5-megapixel depth camera sensor. The 64-megapixel sensor will also have an optical image stabilization feature that enables users to shoot stable images and smoother video recording. Samsung brought OIS to mid-range phones back in 2016 with Samsung Galaxy A5 and A7. Unfortunately, Samsung discontinues this feature now. The company seems to bring the same feature after five years.

Tags: samsung galaxy a52 getting another premium feature

Samsung Galaxy A52 tipped to launch with 6.5-inch screen
Samsung

Ahead of its launch in March, the internet is being hit with rumors and leaks about Samsung Galaxy A52. A fresh leak that we are going to cover in this article is about its specifications and pricing, along with the launch details. Samsung Galaxy A52 is rumored to feature a large 6.5-inch super AMOLED display screen. The smartphone has appeared on a few certification websites recently that confirm the launch. As the market suggests, the Samsung Galaxy A52 will be competing against the Oppo Reno 5 4G.

A user with a twitter hand @chuvn8888, posted several details about the upcoming smartphone. The phone will come in 4G and 5G variants - price starting from Rs. 29,000 and Rs. 34,900 respectively. As mentioned, Samsung will be releasing the phone in Vietnam first, and then the European market will get access to it. According to Sammobie, Samsung Galaxy A52 5G will feature a higher refresh rate of 120Hz. Another leak says that the device will be available with an IP67 rating for water and dust resistance. IP resistance determines the protection level of a device against water and dust.

Samsung Galaxy G series flagship smartphones, including the recently released Galaxy S21, has the same IP rating. In fact, the older Galaxy A-series mobile phones had an IP68 rating that gives good protection against water and dust. The IP rating for the 4G variant is still unknown but as we all know that Samsung isn't new to IP rating, we can assume that the 4G variant might have the same IP rating. Both devices share the same specs except the processing chip that powers the network capability as well as the processing speed of the device.

The 5G variant will feature an infinity-O display, Snapdragon 750G processor, 6/8GB RAM, 128/256GB internal storage, 4,500mAh battery that comes with 25W fast charging. The Samsung Galaxy A52 will feature a quad-camera system at the rear side with 64-megapixel primary camera, 12-megapixel ultra-wide camera, a 5-megapixel macro, and another 5-megapixel depth sensor. The device will house a 32-megapixel selfie shooter upfront. The device is also expected to come with Android 11 with One U! 3.1 out of the box.

Samsung Galaxy A32, A52, and A72 are ready to be launched in India
Samsung 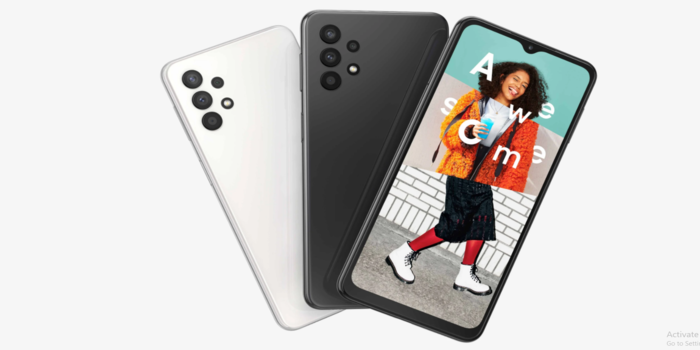 Samsung recently started to reduce the price of its existing mid-range smartphones in India. This clearly indicates that the company is creating space for its upcoming devices. According to the news, Samsung is ready to release its next-generation devices from Galaxy A and M series. Some speculation suggests the launch of Galaxy a31, A52, and A72 in the region.

The South Korean IT giant has already created support pages for the Galaxy A32 4G (SM-A325F/DS), Galaxy A32 5G (SM-A326B/DS), Galaxy A52 (SM-A525F/DS), and the Galaxy A72 (SM-A72F/DS) on the Samsung India's official website which further certifies the rumors about the release of these smartphones. So far, there is no news, or official support pages for the Galaxy A52 5G and the A72 5G yet, which means that we might not have these smartphones in the Indian market.

While the Galaxy A31 has already been released globally, the Galaxy A52 and the Galaxy A72 haven't hit any market yet. The Galaxy A32 5G is so far the company's cheapest smartphone with 5G capability featuring a 6.5-inch HD+ infinity-V LCD screen. The 5G variant is powered by MediaTek Dimensity 720 5G processing chip whereas, its 4G variant is rumored to be powered by a MediaTek Helio G85 processor. The phone features a quad-camera system with a 48MP primary camera at the rear side and a 13MP selfie camera. The device has a USB Type-C port and runs a 5,000mAh battery with 15W charging. 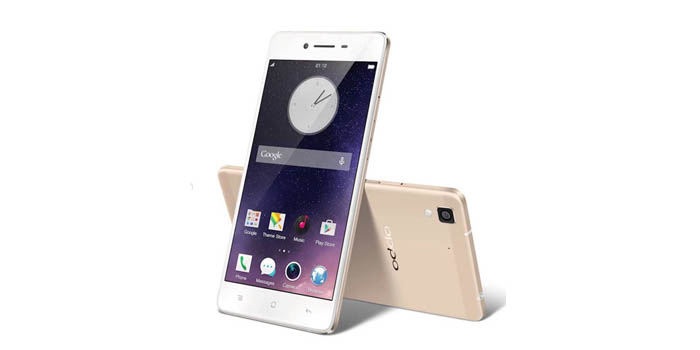 OPPO unveiled the A53 smartphone last week in Indonesia and soon after its release, the company teased the phone's release in other countries including India. The phone has now officially been released in India under a budget-friendly category. The phone costs only Rs. 12,990 and offers some high-end features and specs like 90Hz display, Snapdragon 460 processor, 16-megapixel triple cameras on the rear side. The device comes with a massive battery with fast-charging support.

The OPPO A53 has a 6.5-inch IPS LCD punch-hole display with a 20:9 aspect ratio and 720 x 1600 pixels HD+ resolution. The phone also supports a high display fresh rate up to 90Hz. The phone is using the ColorOS 7.2 user interface based on the latest Android 10 out of the box. It is the first phone to be launched in India with the latest Snapdragon 460 chipset. The phone also has a shared SIM slot to add a microSD card slot. The SoC is coupled with up to 6GB of LPDDR4x RAM and up to 128 GB of storage. The handset comes with features like dual 4G VoLTE, Wi-Fi 802.11ac, Bluetooth 5.0, GPS, USB-C, and 3.5mm audio jack.

The OPPO A53 has a rectangle-shaped camera module at the rear side of the device that houses 3 camera lens, a 16-megapixel being the primary camera lens, a 2-megapixel macro lens, and a 2-megapixel depth sensor. The front side of the phone uses a 16-megapixel camera with f/2.0 aperture. The phone is available in two options in India, such as 4GB RAM with 64GB internal storage, and 6GB RAM with 128GB internal storage. These models are priced at Rs. 12,990 and Rs. 15,490 respectively. You can purchase the phone from Flipkart after its available online. The device comes in two color variants - electric black and fancy blue.