Just when it was almost confirmed that there will be no flat screen versions of the Note 7 this year, but only a single device that will sport a dual Edge display, new photos have surfaced that suggest otherwise. The photos show the device to have a flat back as well, unlike the Galaxy S7 regular, which has a curved back. We can also see the USB Type-C port, connected to a USB Type-C cable. If you look carefully, you can actually see the iris scanner too.

If you like the flat version seen in these pics and would like to buy one, we have bad news for you unfortunately. In all probability, the Note 7 will only sport a dual Edge display this year. While these images prove that the flat screen version of the Samsung Galaxy Note 7 does exist, it will possibly not be marketed to the public. In fact, this is actually a prototype and will remain only at that stage for now. The curved Note 7 however, is going to be unveiled on August 2, equipped with a Snapdragon 820 SoC, 4GB/6GB of RAM and the same camera setup (12-megapixel/5-megapixel) as the S7 series. 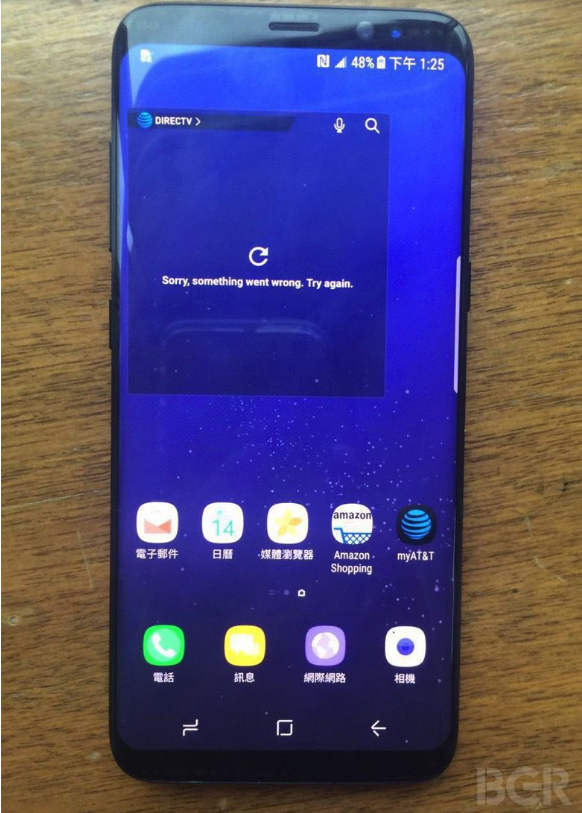 If the latest rumors are correct (which they mostly are nowadays!), then the Galaxy S8 will be up for pre-order from April 10. Of course the only official info that we have on its release date is that the S8 and the S8+ will be unveiled at a Samsung exclusive event, which will be held simultaneously in New York City and London on March 29. The unofficial word is that both phones will be available for purchase from April 21 and not from April 15, as was thought previously. We will find out which is the right date soon enough.

While all of this is quite exciting, we are a bit disappointed by the fact that all reports and leaks are indicating that the Galaxy S8 may feature just 4GB of RAM. Now, let it be clear that 4GB of RAM is mostly enough for even the avid multitasker and the S8 series of smartphones should be able handle anything you throw at them thanks to the SD 835/Exynos 8895 SoC that they will be packing. However, it still feels a bit odd that Samsung would opt for 4 gigs of RAM for their flagship devices when the Galaxy C9 Pro already features 6GB of RAM. We will have to wait a while to find out for sure though.

The Galaxy Note 8 is due to be launched in roughly two and a half weeks, but that does not mean that you would be able to buy it right away. What it does mean is that on August 23rd, we will all get our first official look at the Galaxy Note 8 at an exclusive Samsung event in New York. Also, Samsung will reveal information at the launch event, regarding when the much awaited smartphone will go on sale. However, according to leaked news by ETNews from South Korea, the release date is no longer a secret.

If the reports are right then the Note 8 will be available for purchase in South Korea from September 15. This sale will begin only via the local carriers initially. However, the online pre-orders will likely begin much before that; two weeks to be precise. This means that the LG V30 will directly compete with the Galaxy Note 8 next month in Korea. Although no other information was leaked concerning the Note 8's release date in the US, we are guessing it should be roughly around the same time.