Final results for Samsung's financial standings at the end of the first quarter of 2016 have been revealed and it looks extremely good, especially in a market which is facing a standstill from many aspects. A 12% increase in operating profit along with a 5.7% boost in overall revenue has actually exceeded even Samsung's own optimistic expectations. Samsung's earnings guidance had predicted an operating profit of $5.7 billion/KRW 6.6 trillion and total revenue of $43.3 billion/ KRW 49 trillion for this quarter. The actual figures exceeded those predictions as the total revenue turned out to be $43.46 billion/ KRW 49.78 trillion, while the operating profit at the end of Q1 stands at $5.82 billion/ KRW 6.68 trillion.

In addition to attributing these numbers to the early launch decision and the consequent success of the S7 series, the Korean Electronics giant also mentioned "improved memory product mix, expanded 14nm supply of System LSI products and increased sales of OLED panels." In its mobile business alone, the operating profit has gone up by a whopping 42% in year-on-year comparison, as the number stands at $3.4 billion/ KRW 3.89 trillion. The consolidated revenue of Samsung Mobiles was reported to be $24.12 billion/ KRW 27.60 trillion in Q1 2016, an increase of 6.6% when compared with Q1 2015.

The company also mentioned that they expect smartphone demands to go down as the year progresses, while the market for tablets will continue to diminish even further. When asked about Samsung's plans for the rest of the year, it was mentioned that Samsung "will reinforce its leadership in the premium smartphone segment on the back of the Galaxy S7 and S7 edge, while continuing to increase volume and improve profitability in the mid-to-low-end segment."

The Growth of the Online Casino Sector
Gaming 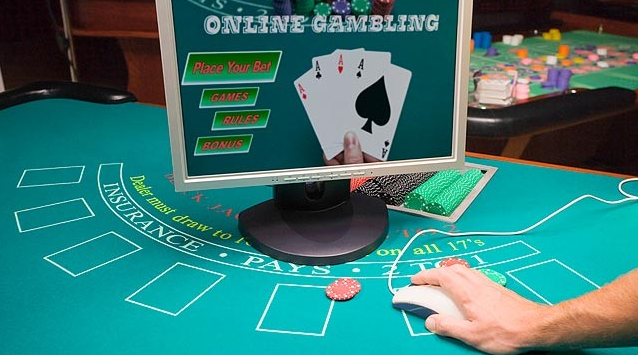 In countries like the UK, where gambling is legal, online casinos have grown greatly in both numbers and popularity. It wasn't long ago when these sites were viewed by the public with scepticism and suspicion as bank details and certain personal information were necessary to gamble online. Although the situation has changed greatly, what brought on those changes? Let us now try and find an answer to that question in the following points.

This is by far the most important factor responsible in changing public perception towards casino sites. Search engines and their seamless integration with websites on the internet have led us to a time when anyone can do a basic background check on any website to clear doubts and suspicions before interacting with it. Finding the best online casinos in the UK is now as easy as it should be.

The big names in the online gambling business now all have their companies listed on the stock exchange to support expansion. The stock listings have further established the public image of these online casinos as reputed business institutions.

As you probably know already, the internet is filled with casino sites and while there are still a few fraudulent sites here and there, a majority of them are legal, licensed and registered casinos. Since major investors are now putting in the funds necessary for the online gambling industry to grow, constant effort is being made to assure the public about the authenticity of licensed slot sites. This is proving to be successful with analysts predicting that nearly 10% of all adults in the entire world might be gambling online in one form or the other, by the year 2019.

Online casinos can be accessed from anywhere in the world, they don't need you to interact with strangers and they have some of the biggest jackpots in the world. Those that have realized that you don't need to face shady characters at the local casino and can enjoy much better bonus offers than a traditional casino can ever give you, will probably stick to online gambling only. The convenience and the comfort associated with internet casinos, coupled with the newly established legitimacy and faith in the system is one of the biggest reasons as to why the sector has grown so much in the last few years.