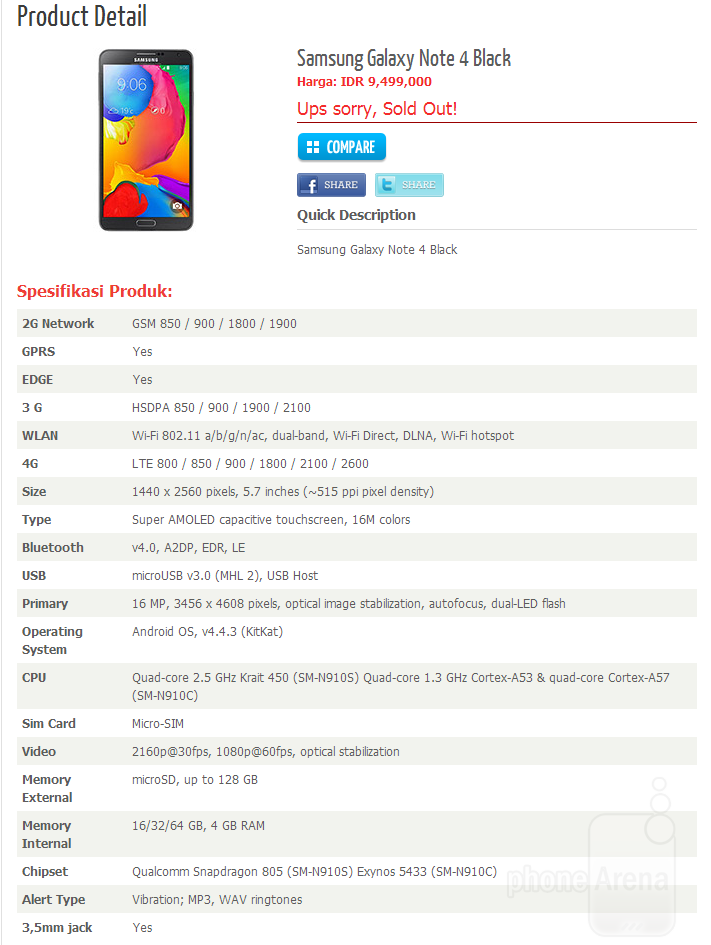 A well-known Indonesian smartphones store erafone.com has the Samsung Galaxy Note 4 listed on its store website, the company has a photo of the device with the same wallpaper as the Galaxy S5 LTE-A along with its Price and Specifications. The Galaxy Note 4 obviously shows up as "out-of-stock" but the page is still up.

As you can, the Galaxy Note 4 will apparently come with a 5.7-inch, 1440 x 2560 pixel resolution (Quad HD) Super AMOLED display, and will be powered by two processors, depending on the version either a 2.5GHz, quad-core Snapdragon 805 (SM-N910S) or an octa-core Exynos 5433 with four 1.3GHz Cortex-A53 and four Cortex-A57 cores (SM-N910C). If these specs prove to be the real then, then the Note 4 is also on path to becoming the first Android device with 4GB RAM, not to mention that the 16-megapixel camera will apparently support OIS (Optical Image Stabilizaiton). The phone is listed with a price tag the equivalent of around $817 (IDR 9,499,000). 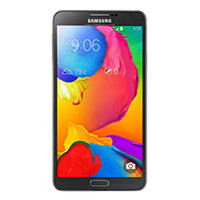 The rest of the spill suggests that there will be three storage options for the Note 4 (16/32/64GB) all with support for microSD card up to 128GB. The Note 4 will also apparently tout support for Bluetooth 4.0, MHL 2.0, and microUSB v3.0, and will be powered by Android 4.4.3 KitKat upon launch. More info is coming soon.