Tags - manager:
AnyTrans Android Manager: Should You Install It?
Software

The answer to that question could only be answered after exploring all the features, so we did it for you. Don't let that stop you from trying it out and forming your own opinions though, because the AnyTrans Android Manager by iMobie is available for a free download right now!

Just in case you would like to get introduced to the software and its many features first before downloading it though, do read on.

You will not need an USB cable to connect your Android device to your Mac or Windows computer, when you are using the AnyTrans Android Manager. In fact, you won't need any cables or ports at all because you will be transferring everything wirelessly via Wi-Fi. 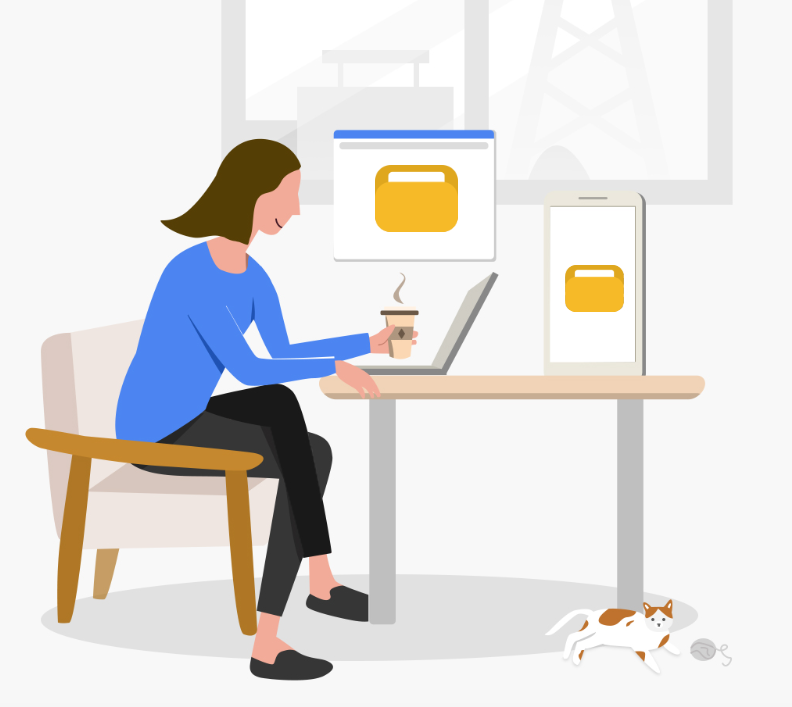 Not that phones lack internal storage nowadays, but we still manage to run out of storage somehow, after a few months.

AnyTrans solves that problem by enabling one-click backups. By clicking a single button, you can essentially back up everything from contacts, messages and memos, to media files (photos, videos, audio files, etc.) to your computer's hard drive. Once the backup has been created, delete whatever you don't need right away, to make room for new memories.

Restoration and Switching to Android from iOS

All those files you back up from the old device, can then be easily uploaded to your new Android device when you upgrade. If you are upgrading from an old iPhone or iPad to a brand new Android smartphone or tablet, the AnyTrans Android Manager will make that transition seamless.

The thing is, every bit of info you have backed up on your computer, iTunes or iCloud, will be converted in a compatible format and transferred to your new Android device by the manager, without even breaking a sweat! 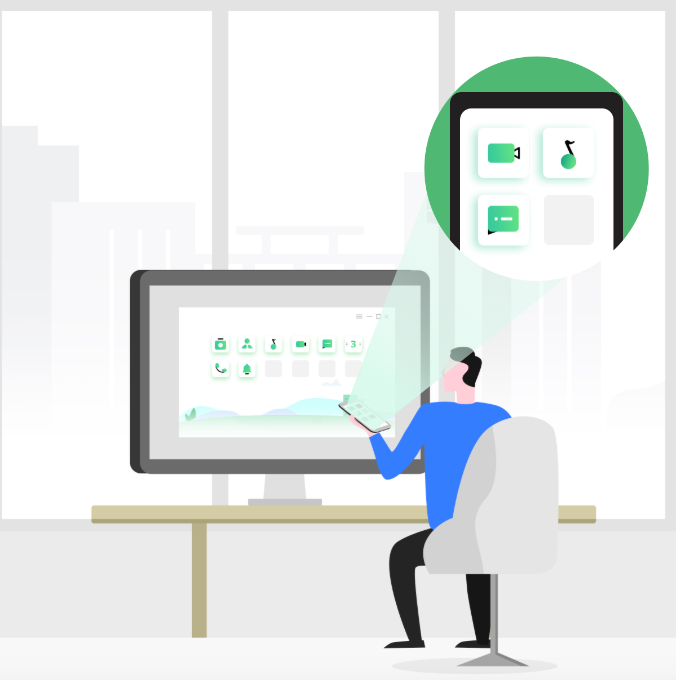 All those files you have on your phone or your PC/Mac can be easily searched on the manager with keywords, just like we do on Google.

This makes it super easy to find any file you need at any time, without having to go through every folder in the directory!

The manager can even sort your files according to date or category, so that the jumbled file system isn't such a jungle anymore.

You Can Transfer, Install or Uninstall Apps in Batches

The AnyTrans Android Manager is one of the very few Android managers out there that lets you move entire applications and even install/uninstall them in batches!

If you don't want to install the whole software on your PC or Mac, you don't really have to!

iMobie gives you the option to utilize the AnyTrans Android Manager web app and transfer media over Wi-Fi with a simple QR code scan.

It is a lot lighter on the feature sets as compared to the full software suite of course, but it does a fine job for basic transfers. 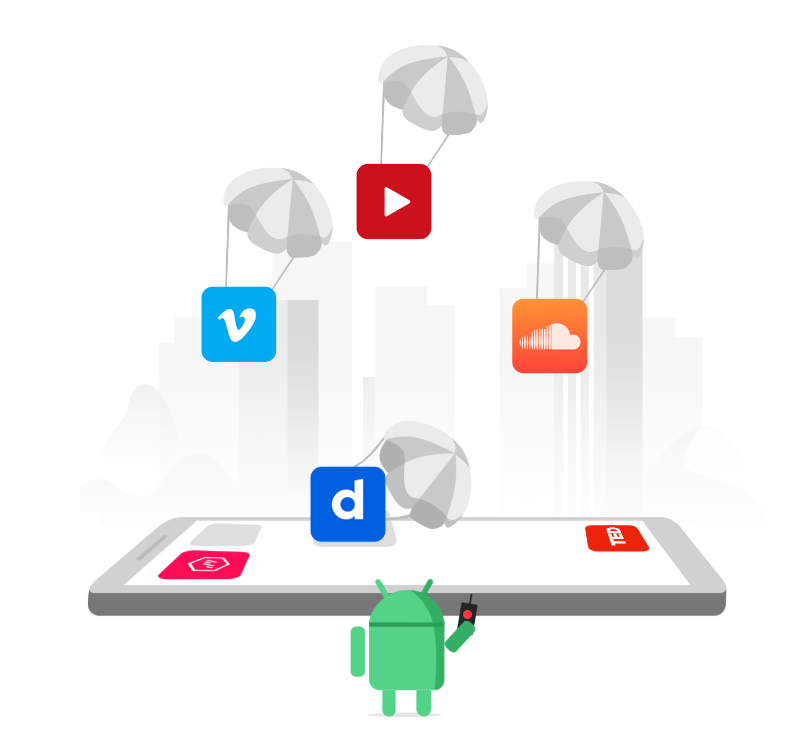 The AnyTrans downloader and converter lets you search for and download media content from 1000+ websites, including the likes of YouTube, SoundCloud, BBC, TED, DailyMotion, Vimeo and so many other websites.

You would have to try the download feature to know for sure whether the video or audio site you have in mind is supported by the downloader or not, but chances are, it's supported!

If would like viewing and/or listening to the movies, videos and audio files on your phone, but you are worried about compatibility issues, you have no reason to worry at all.  The converter will automatically convert the media files to a format that's supported on all Android smartphones.

As long as both phones have the AnyTrans Manager installed on them, you will be able to share every kind of data, including entire apps in between them, over Wi-Fi. 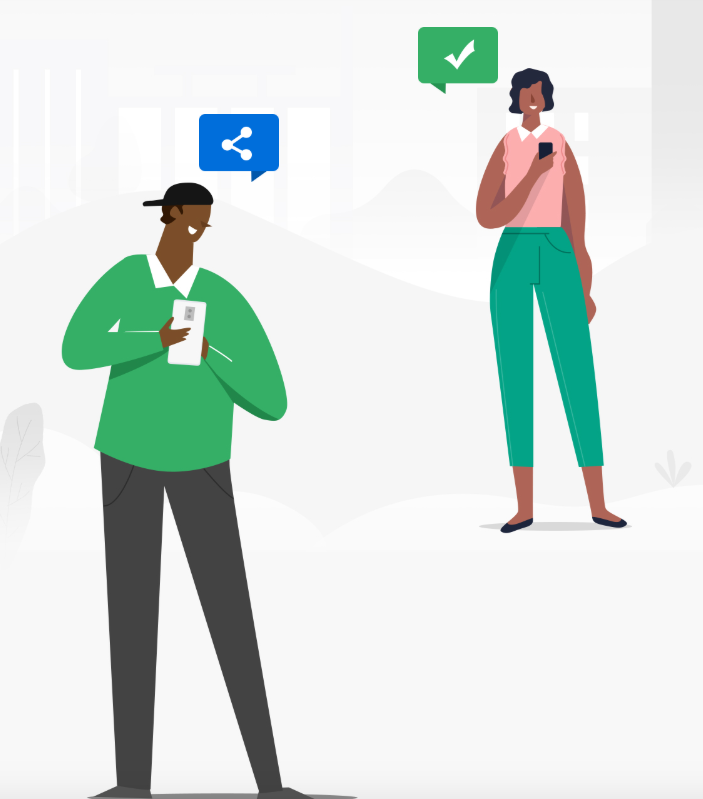 You can probably see by now that iMobie's AnyTrans Android Manager is a one stop software for managing all your smartphone and tablet needs. It basically does everything and to top it all off, the software is free to download as well! So the answer would be a YES, you should definitely try out the Android manager from iMobie.

DearMob iPhone Manager: Is It Worth a Try?
Technology

The DearMob iPhone Manager is popular as an encrypted, secure alternative to iTunes, that can transfer data to and from your iPhone without any of the multiple restrictions imposed by iOS. Taking a look at its many features helps us to understand why it is so popular with iPhone Users in the first place. 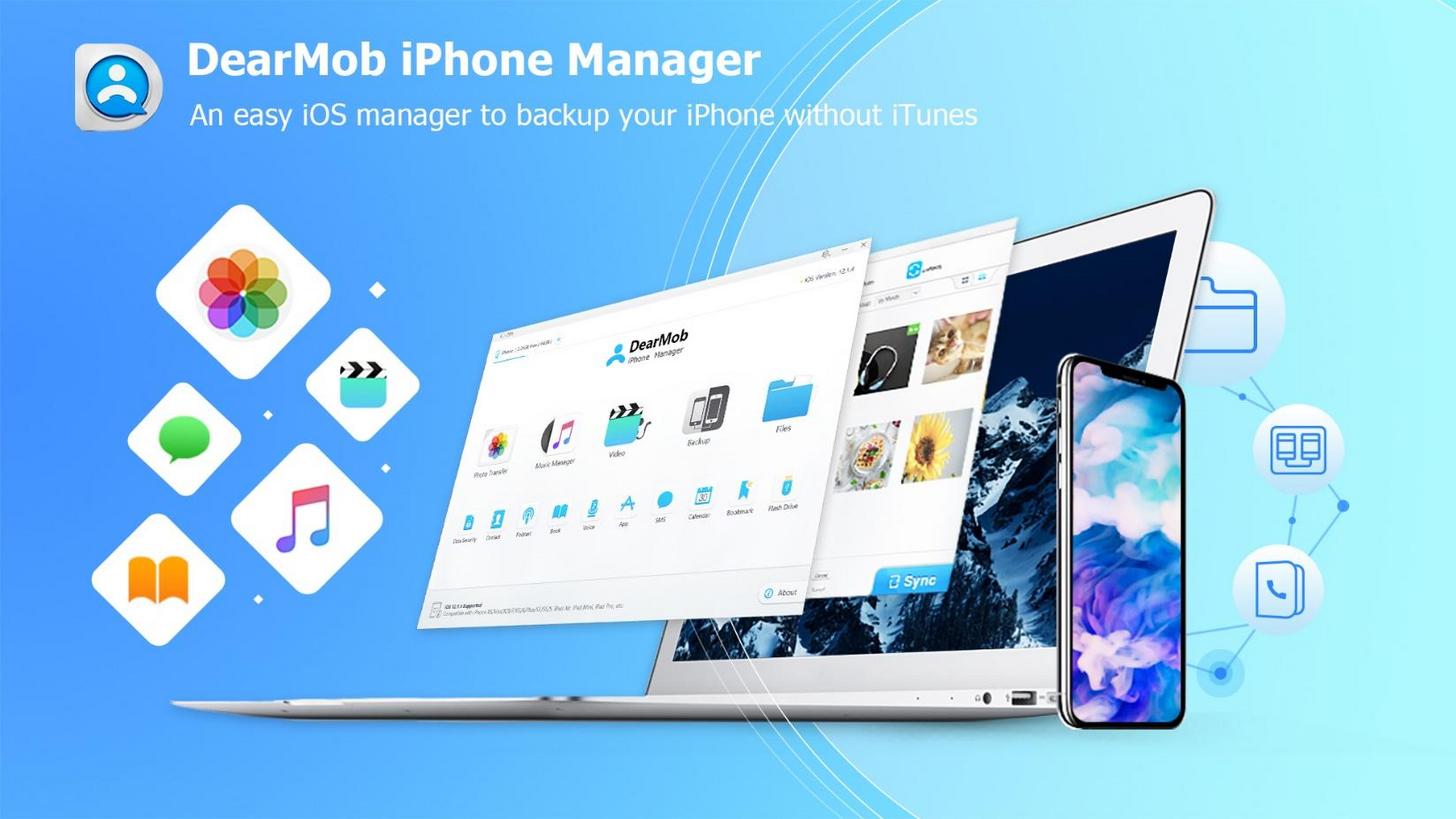 Comparing the transfer speed of the same file with that of a few other third-party iPhone managers, we found that the DearMob iPhone Manager somehow managed to transfer media files (audio, video, image, etc.) and backup files at a faster rate. This was surprising given that no compression was observed. DearMob claims that the software can transfer as many as 100 images in 4K resolution under just 8-seconds!

Compared to iTunes or iCloud, the DearMob iPhone Manager offers hardware storage options to iOS users, which is virtually unlimited, making sure that when you back up your data from an iPhone or iPad, nothing is excluded and you never run out of storage space. In case you do, just buy another external hard drive or flash drive!

Media File Transfer and Management is Complete and Seamless 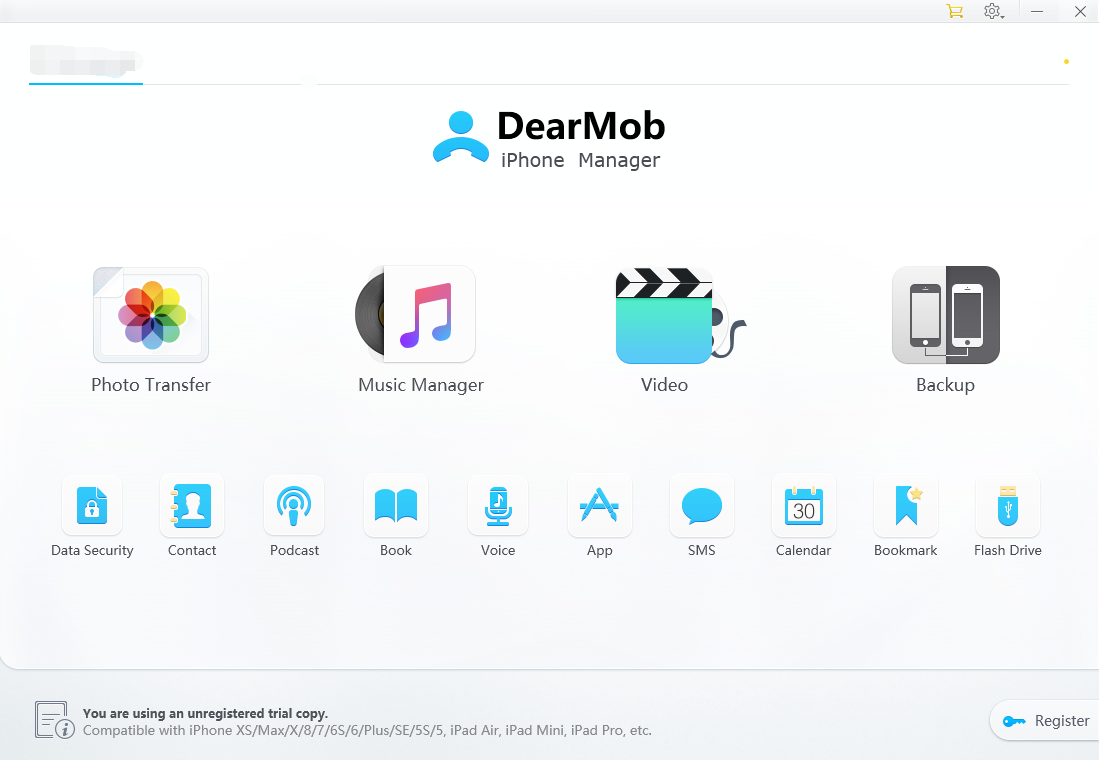 Everybody likes an iPhone until they are met with the iOS's many limitations, made obvious while using iTunes. DearMob's iPhone manager essentially removes those limitations and makes the process seamless by coming with the following features built-in.

·        Create albums, organize and delete photos from the Manager interface itself

·        Transfer and play music from external sources to your iPhone

·        Add, delete, export and import audio files and playlists, or even make ringtones from your tracks

Read more on DearMob iPhone Manager giveaway, and tips on how to backup iPhone without iTunes > 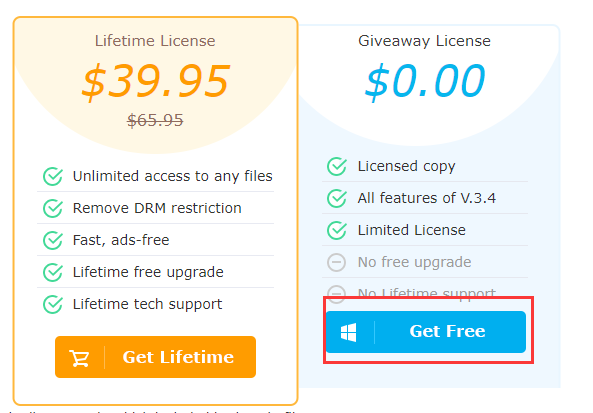 Backup and Restore Made Super Simple and Fast

Our smartphones carry a lot of important personal and financial data these days, so it is imperative to back it all up every now and then to keep the data from getting lost forever, in case you forgot a password, lost the phone or the device simply died on you. The possibilities are endless, so backing up data on a regular basis is advised in general for iPhone or iPad users.

The DearMob iPhone Manager offers a simple 1-click solution for both data backups and restoration for all iOS devices in general. It makes it super easy to not only protect your data against loss via 1-click storage on any mac or Windows computer, but when you upgrade to a newer device, the restoration of the previously stored data onto the new iPhone or iPad only takes a single click as well. This is pretty much as simple as things can get on iOS or on any other platform for that matter. Unlike iTunes, DearMob iPhone Manager also enables you to selectively backup iPhone photos, videos, music, contacts and so on. 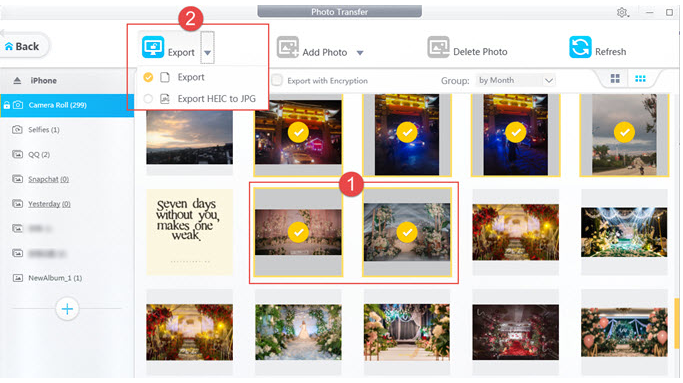 iTunes doesn't allow ePub files, aka eBooks to be transferred from the iBook Library to any other device. DearMob's iPhone solution not only enables such transfers, you can basically convert any of the ePub files into PDF, TXT, HTML, etc. to even read it from your laptop or another phone or tablet that's running on Android.

What Else Does the Manager Offer?

Well, the answer is a LOT more apparently! You can install third-party applications without Jailbreaking your iDevice, mount it as a flash drive on your PC/Mac for easier and faster file transfers, sync data from Chrome, Edge, Mozilla, Opera or any other browser to Safari and even manage office files.

Perhaps what we liked most about the DearMob iPhone Manager is that in spite of offering so many features that are missing on iTunes, the interface is so simple and intuitive. It's like they took everything that was missing in iTunes and put it in a slimmer and more intuitive interface for Apple users.Given that you can basically download and try the Dearmob iPhone Manager and all of its features for free initially, on both the MacOS and Windows 10, we are inclined to say yes, the DearMob iPhone Manager is indeed worth a try and chances are, you will probably soon be using the manager a lot more than iTunes.