OnePlus used an untraditional platform to announce a feature pack of its next device. Usually, phone manufacturers use Twitter to share news, leaks, or updates about their mobile phones or products. But recently OnePlus uploaded a new teaser on Instagram. The new revelation comes just before a few days of the launch of the next OnePlus phone. As per the Instagram post, OnePlus Nord will come with preloaded with Google's Duo, Messages, and phone apps. The company has already revealed that the OnePlus Nord uses an Android-based Oxygen OS. Some of its key specs have already been leaked or confirmed previously. The company called it a flagship killer phone as it will notably the most affordable phone by the company.

As per the teaser video posted on Instagram, the OnePlus Nord has to offer the smoothest experience possible due to these integrated Google apps. Some of the other phones including the OnePlus 8 and OnePlus 8 Pro are using the proprietary alternatives to Google apps and come with the company's software used for dialer and SMS messaging instead. The latest flagships, however, seems to stick with the default options to offer an improved user experience.

The OnePlus Nord will be running OxygenOS, which is known for providing an almost bloatware-free, Android-like experience. With the default Google apps, the OnePlus Nord will be able to offer rich communication services functionality to users. In another video on Instagram, OnePlus has highlighted that the OnePlus Nord would have a tough build that would resist drop, shock, and water. The phone will, however, not come with an Ingress Protection (IP) certification, as confirmed by OnePlus co-founder Carl Pei in an interview with YouTuber Marques Brownlee (MKBHD).

The recent teasers have also highlighted the earlier rumors that the OnePlus Nord will feature a quad-camera system at the rear side, with a 48-megapixel primary camera that also comes with optical image stabilization. The phone features a 90Hz AMOLED display and will be powered by a Qualcomm Snapdragon 765G SoC. The device will be powered by a reasonably huge 4,000mAh battery with 30W fast charging support. For the front camera, you get a 32-megapixel primary sensor. The OnePlus Nord launch is scheduled for 7:30 pm IST on Tuesday. Alongside the new smartphone, OnePlus is launching its first truly wireless (TWS) earbuds that are called the OnePlus Buds.

OnePlus Nord – Is this the phone you have been waiting for?
OnePlus

There have been lots of hype around OnePlus new affordable phone - OnePlus Nord. A phone that promises a lot with a relatively smaller price. The new OnePlus Nord was rumored to offer a similar Android experience as any premium phone probably would provide, but at a lower price. The OnePlus Nord hasn't skipped an essential ingredient of a successful phone - a bright AMOLED display, a bigger battery, and multiple cameras. With its other series elevated to the flagship-tier, consumers were asking for a budget-friendly phone for many years, and now, we finally have it.

The phone falls into the sub Rs. 30,000 category and needed something to compete with the same category phones like Vivo's X50 series and Realme's X3. OnePlus Nord is the start of more budget-oriented series, and the company had established this even from the design and feel of its new phone's box. Instead of its typical red long boxes, the phone comes in a relatively compact black box with a large branding name on top of it.

Inside the box, you will find a new silicone case, red Type-c cable, 30T charger, and a SIM eject pin. The OnePlus Nord is much lighter than it looks like, and this is something you might notice even when holding it for the first time. The phone has a glossy finish look with a marble blue color. The camera cutout in the display and the positioning of the rear camera to the left is similar to how Realme X50 5G has placed their camera system.

OnePlus Nord has an AMOLED display with a 6.44-inch display and a Full HD+ resolution and 90Hz refresh rate. You also get an in-display fingerprint sensor, which works well. The OnePlus Nord features a Snapdragon 765G octa-core SoC. The phone is available in three variants - with 8GBRAM/128GB storage, the 12GBRAM/256GB storage, and an India exclusive variant with 6GBRAM/64GB storage.

The phone has a 4,115mAh battery which supports Warp charge 30T fast charging. Other features include NFC, dual-SIM support, and dual-band Wi-Fi. The rear camera is of 48-megapixel with optical image stabilization. The other cameras on the rear side are an 8-megapixel wide-angle camera, a 2-megapixel macro camera, and a 5-megapixel depth camera lens.

OnePlus Nord has just started to receive a new Oxygen OS update that comes with improved system stability. This is the third Oxygen OS update by the company since the phone was launched in July and it is being rolled out in India, Europe, and America. The news comes as the phone is set for sale in India today and can be purchased through Amazon site, OnePlus official store as well as OnePlus experience stores in India.

As per the official statement, the latest update OnePlus Nord is getting brings Oxygen OS 10.5.3 - firmware version OxygenOS 10.5.3.AC01DA - in India. The company only mentions the ‘Improved system stability' without giving us any further detail on the update that what kind of improvements this update has to offer. As mentioned earlier, this will be the third update for the phone has gotten since its launch about two weeks ago.

The first update brought an optimized video calling experience as well as improve the performance of the rear camera by giving a higher-level of treatment to the depth sensor effect on the software side. Other improvements OnePlus Nord got included better power efficiency for video recording at 4K 60fps and system stability. The second update that was rolled in July 2020 brought the Android security patch, and fix some general issues users were having. OnePlus Buds firmware allowed you to quickly connect your phone with the company's first truly wireless earbuds.

The OnePlus Nord is a dual-SIM cord and features a 6.44-inch Full HD+ AMOLED display. The device is powered by Qualcomm Snapdragon 765 processing chip with Adreno 620 GP. The phone runs on a 4,115mAh battery that comes with 30W fast charging technology. The device comes with Android 10-based OxygenOS 10.6 out of the boxy.

OnePlus Nord 10 and N100 could launch in October. Here is what to expect
OnePlus

OnePlus' intention was clear from the very fast Nord phone. They wanted to introduce a new line of more affordable range of products. As it turns out, the next series of nord phones will be available in the market within a few weeks. A prominent leaker on Twitter claims that the N10 and N100 could both be launched before the end of october. There isn't much information on N100 but there are a few leaks surface often related to Nord N10, which seems to be a slightly less powerful version of Nord to be sold in the US.

The N10 will feature a Snapdragon 690 processing chip with 6GB RAM and 128GB internal storage. The phone will also feature a 64-megapixel primary camera and a 6.49-inch full HD+ display screen. If rumors are correct, it will be priced somewhere around $400. As for the N100, the price might go slightly up. The reports suggest that the OnePlus Nord N10 will feature a 90Hz display refresh rate. The smartphone is also tipped to be powered by the Snapdragon 690 SoC, which is the first processor from Qualcomm's 600 series to feature 5G connectivity.

According to the report, the OnePlus Nord N10 and N100 are going to be launched in the United States and in some selected countries because the Snapdragon 765G powered OnePlus Nord didn't make its way to the US market at the time of launch. Right now we don't have much information about the colors or design of the upcoming OnePlus. However, we would like to keep you informed in the near future as we are expecting the release of the phone by the end of this month. 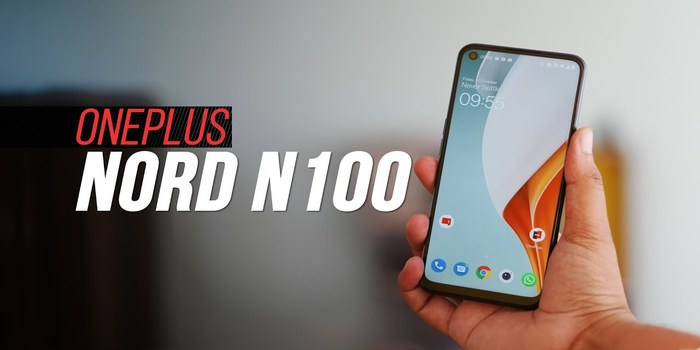