Pink may not be the manliest color out there, but Samsung never said that the Galaxy S8+ was only meant for men either! Samsung is about to release a Pink Rose colored variant of the Galaxy S8+ in Taiwan and in spite of my personal prejudice against pink colored phones, one has to admit that it does look beautiful. According to reports, it will be a limited edition handset that will only be available exclusively via Samsung's own online store and nowhere else. Once the stocks run out, allegedly, Samsung won't be making any more of these.

This will be the Exynos 8895 version and all other specifications will be the same, as expected. The price of the pink smartphone will be roughly $920 or TW 27,900; which is the same as the price of any other color variants of the S8+ in the country. On an interesting side note, the Coral Blue, orchid Grey and Maple Gold colors have been renamed as Ice Lake Blue, Smoked Purple Grey and Quicksand Gold in Taiwan for some reason. If you like the color and you are not in Taiwan, we are sorry to report that there has been no news regarding whether or not the Rose Pink color will make it to any other nation.

Will you buy a pink Xperia? Sony thinks you will
Sony 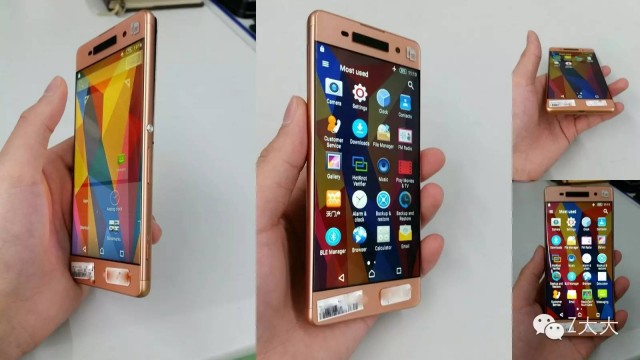 Sony has released five teasers on Instagram within a span of only two days that hint an upcoming Xperia device to be revealed on the 12th of this month. What is interesting is the fact that they have also stressed on the device's availability in pink. When we say "stressed" what we mean is that every one of the teasers had a pink image in them; ranging from spilling pink nail polish and pink flowers to pink balloons and pink paint! In light of the recent rumors, the mobile world is expecting a pink variant of Sony's current flagship aka the Xperia Z5, but nothing is official yet.

Apart from the more popular theory about a pink Z5 being introduced on January 12, there is another rumor which theorizes the introduction of a new phone altogether. The Xperia C series is supposedly a new range of upcoming Sony phones that had been leaked a while ago. According to rumors, the Xperia C line will come in a Rose-Gold color variant, allegedly inspired by the iPhone series last year. Many tech theorists are of the opinion that the Sony Xperia C series is what the teasers are about and the Japanese company will be unveiling this new line of smartphones on January 12.