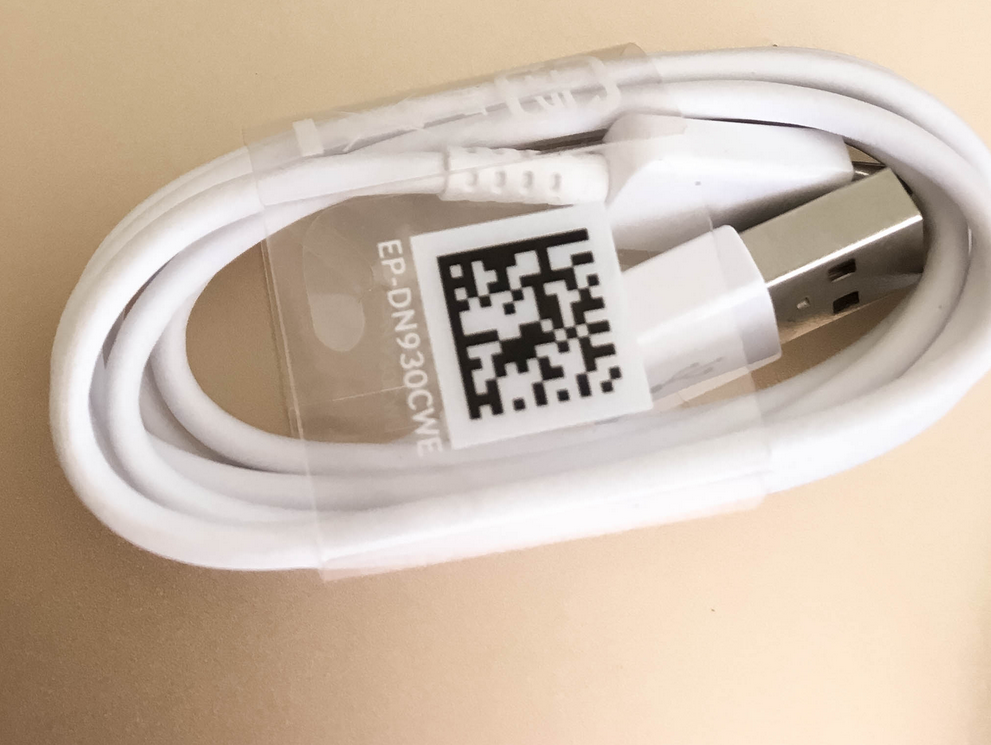 After looking at a number of leaked photos and renders, we now know for sure (more or less anyway!) that the upcoming Samsung Galaxy Note 7 will sport a USB Type-C cable and it will be the first Samsung device to do so. Thanks to Tinh tế, we now have a video that possibly is showing us the USB Type-C cable which will accompany the Note 7.

The model number of the cable as seen in the video is EP-DN930CWE. As we are almost certain that the Note 7 will be codenamed SM-N930, this further reinforces the theory. Besides, anyone who is familiar with how Samsung packages its accessories will find the packaging of the USB Type-C cable to be very familiar. Take a look yourself and you will see what we mean.

The most popular rumor related to Samsung's decision of switching over to USB Type-C from the regular micro-USB is of course the upcoming second gen Gear VR. Samsung will probably launch the next Gear VR with an USB Type-C port in close proximity to the Galaxy Note 7's unveiling. We will found out more as we approach the month of August.

It only seems like yesterday that the Galaxy S8 and S8+ was launched, but it has already been nearly a year now it's almost time for the S9 and S9+ to make their entries. Thanks to a render video and multiple rendered images by MySmartPrice, that phase of leaks which precedes every major Samsung smartphone release has now officially started. Check out the videos and images included and visit the source to see even more images.

While one must admit that the S9 does look very similar to the S8 in these renders, there are quite a few changes as well. We have listed the highlight points below for your convenience.

·        The fingerprint scanner stays at the back, but has been moved to the middle, right below the camera, like it should have been on the S8/S8+/Note 8

·        Presence of a dual camera setup, although rumors indicate that only the S9+ will be getting two rear cameras this year

Do you like what you see? Will you be upgrading to the S9 or S9+ next year? Let us know it all in the comments.

At this point, it doesn't even feel like news anymore to report once again that Samsung's next flagship smartphone won't be sporting an under-the-glass fingerprint scanner because this is going on for more than a year now. Renowned KGI analyst and Apple leakster Ming-Chi Kuo has sadly declared this fact, although he had himself said earlier that Samsung would be able to pull it off with the Note 9. Apparently, the OEM can't do that at this moment, but incidentally, Vivo has already done it successfully with the Apex.

It is baffling for many as to why Samsung is unable to do it, especially since the only reasoning offered here by Ming-Chi Kuo was a vague explanation about the current gen sensors being unable to bring what Samsung needed to the table. It might have something to do with the fact that the latest under-the-display sensors being incapable of working with an OLED display properly, but we don't know for sure.