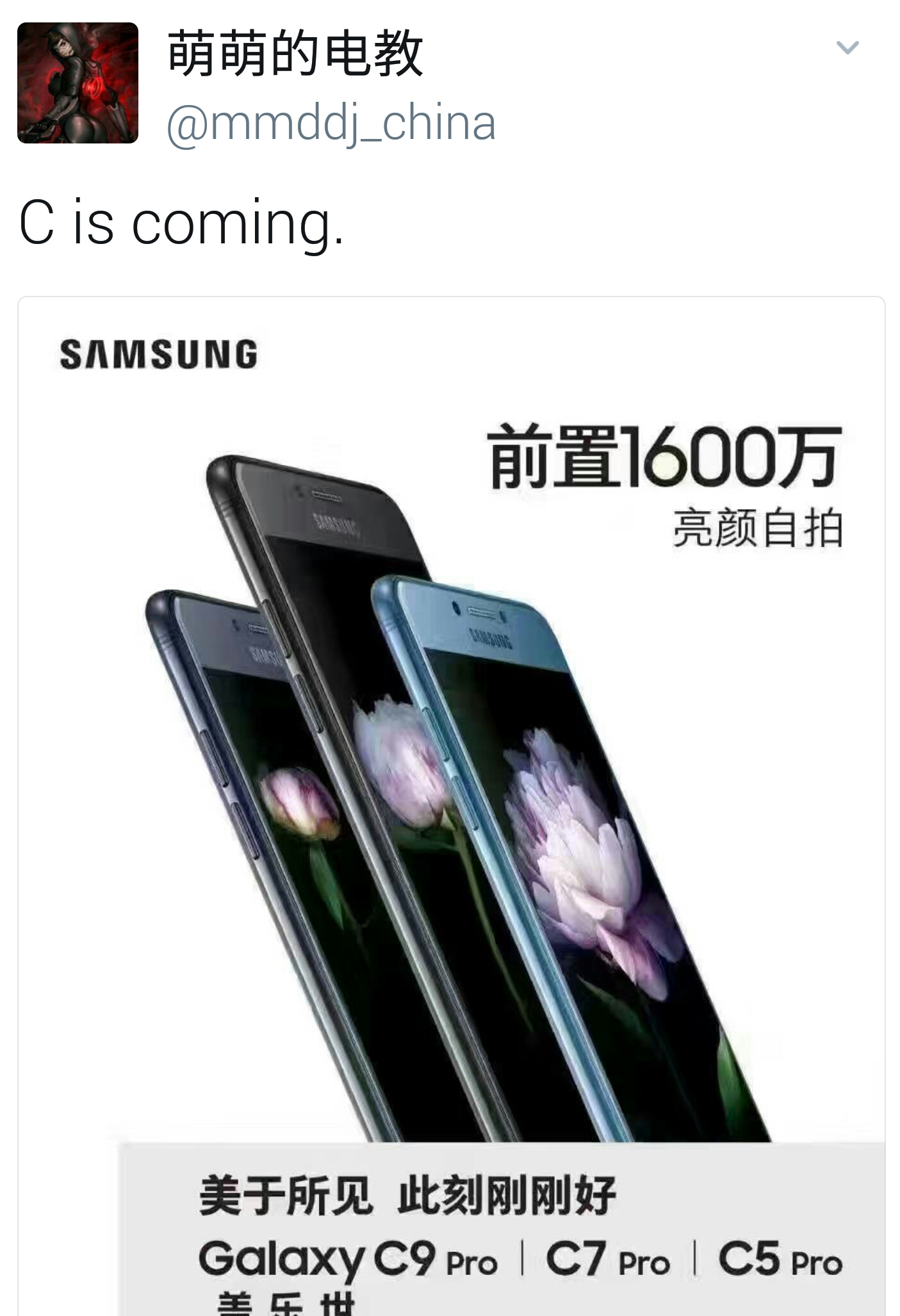 It was just a few days ago that we got our first look at the Galaxy C5 Pro, courtesy of a leaked image and today we have another leak which is even bigger. The same leakster who had unveiled the blurred image of the C5 Pro on Twitter a few days ago, has now unleashed a full blown poster from what seems to be straight from the house of Samsung. @Mmddj_china tweeted, "C is coming," along with a picture that shows the C5 Pro, C7 Pro and the C9 Pro in three varying colors, including what seems to be a Blue Coral variant as well. The image clearly mentions the three handsets separately and even has the Samsung logo on top to give it that sense of authenticity.

Although I am no expert when it comes to reading Chinese to be honest, but from what can be seen in the image, it looks like there is a mention of 16-mp cameras. What this could mean is that all the three handsets will share the same 16-megapixel cameras both in front and the back. We will have to wait and find out more. Given that the release date isn't really that far off now, the wait shouldn't be too long. 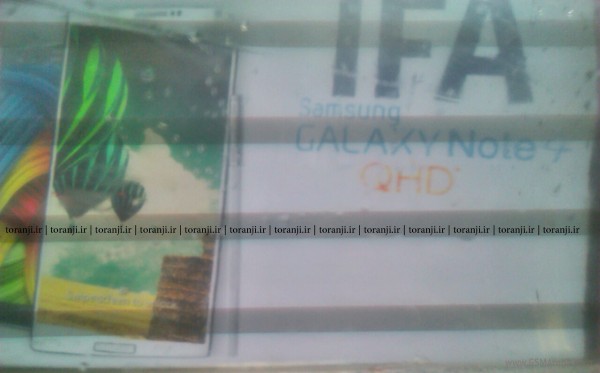