OnePlus 8, OnePlus 8 Lite, and Pro: All the rumors that make sense
OnePlus

2019 was the year of success for OnePlus. In 2020 the company isn't likely to slow down, as we have already witnessed a new streak of rumors about OnePlus 8 series as these devices are on the way. There is also a rumor about a new mid-range or budget-friendly device coming from the company, which is tagged as OnePlus 8 Lite. If it does launch, it would be the first mid-range smartphone from the company since the OnePlus X, that was launched back in 2015.

The mid-range device OnePlus 8 Lite was named as "Lite" by rumors because it seems more sensible than using the X, as OnePlus did in the past. It might be possible that the Lite version has some other name, but until we hear from the company, we will continue to use the OnePlus 8, Pro, and Lite. As per leaks, the devices will be launched in May of 2020. It's predecessor OnePlus 7 and OnePlus 6 both were released in May.

As per leak images, the OnePlus 8 looks slightly different than the OnePlus 7. There is an addition of a lens on the rear side of the device. Earlier, the phone had only two lenses. On the front side, the waterdrop notch is gone. Instead, the company adopted the punch-hole route by adding a single camera lens for taking selfies as a cutout in the upper left corner.

As per the physical buttons are concerned, the volume rocker is on the left side, and the power button is a layout on the right side along with the alert slider. The USB-C port is in its usual place and there is still no 3.5mm headphone jack. From the back, the device looks similar to the OnePlus 7T Pro. The camera has left-of-center ToF sensor, all arranged in pretty much a similar way as in 7T pro. In short, the OnePlus 8 Lite is different than any other OnePlus phone from the front side.

As per confirmed leaks, the OnePlus 8 series is going to have a 120Hz display refresh rate. With its predecessor, the display rate was 90Hz. However, it is unlikely that the Lite version will feature such a high refresh rate. OnePlus could use wireless charging with the upcoming series.

Xiaomi Mi 10T and Mi 10T Pro: All specs and leaks in one place
Xiaomi

Xiaomi Mi 10 Pro is a great smartphone we can expect at the end of September 2020. The Xiaomi Mi 10T is an affordable alternative for budget-conscious users. The Mi 10T will be revealed on 30 September 2020. You can watch the event online on Xiaomi's official YouTube channel at 02:00 Beijing Time. Here are the global times so you know when to tune in:

Now we have full specs leaks just a few days before the launch. He leaks confirmed details on the processor, battery, and major difference between regular and pro phones. According to the leaks, both phones feature a 6.67-inch LCD panel with full HD+ resolution. These smartphones come with a 20:9 ratio and an impressive 144Hz display refresh rate. Both phones will feature the same Snapdragon 865 processing chip. The phones are powered by a huge 5,000mAh battery which is sufficient enough to keep the phone functional all day.

Now, you might be asking if the processor, battery, and display size are the same, what's the difference. Essentially, the phones are different only in the photography area. The Xiaomi Mi 10 Pro comes with 108-megapixel as a primary camera with a 13-megapixel ultra-wide-angle lens and a 5-megapixel macro lens. The regular model has a 64-megapixel primary camera with the same specs for an ultra-wide and macro lens. The regular model comes with 8GB RAM and 128GB internal storage, whereas the Pro model has 8GB RAM with 256GB internal storage. 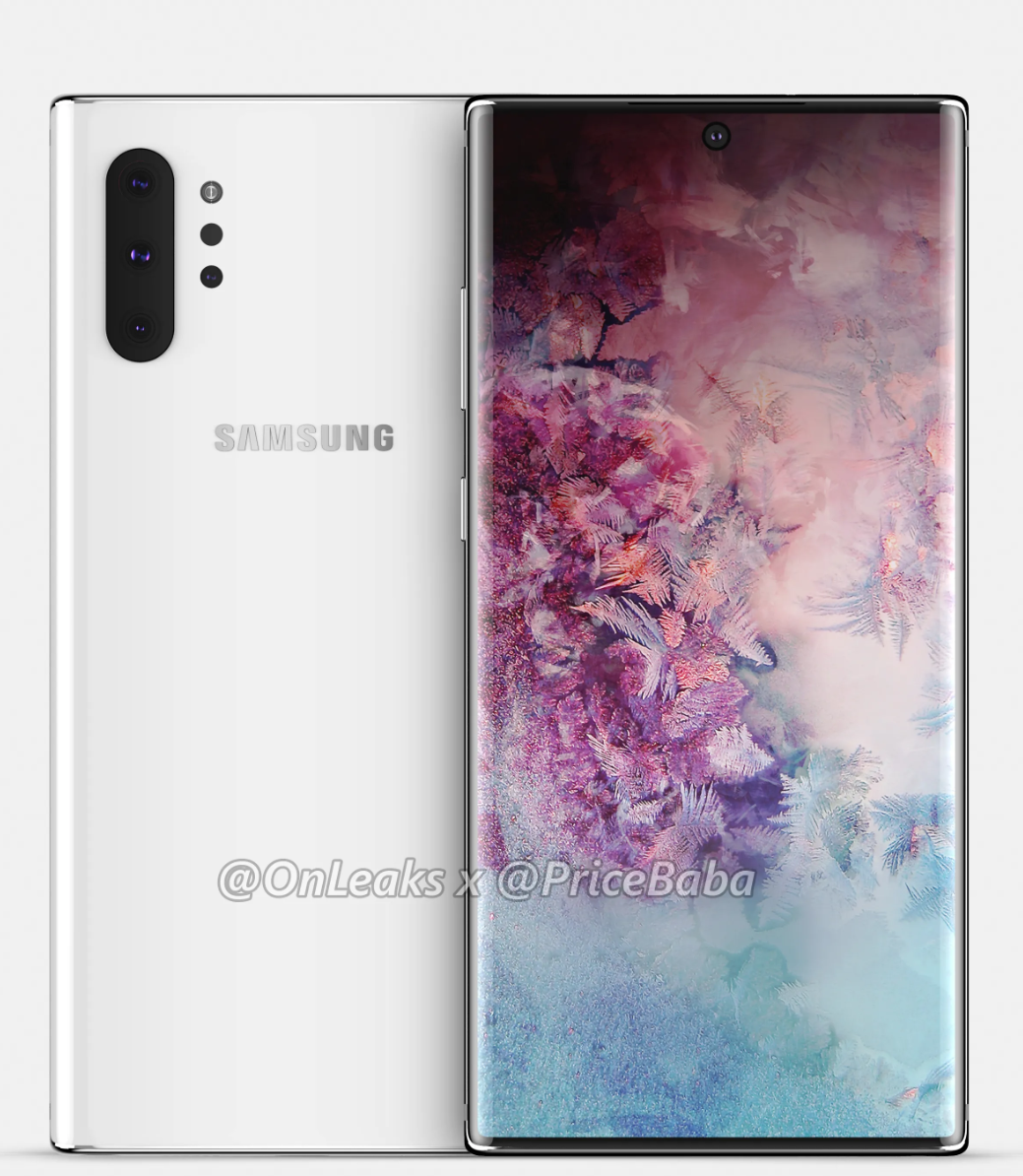 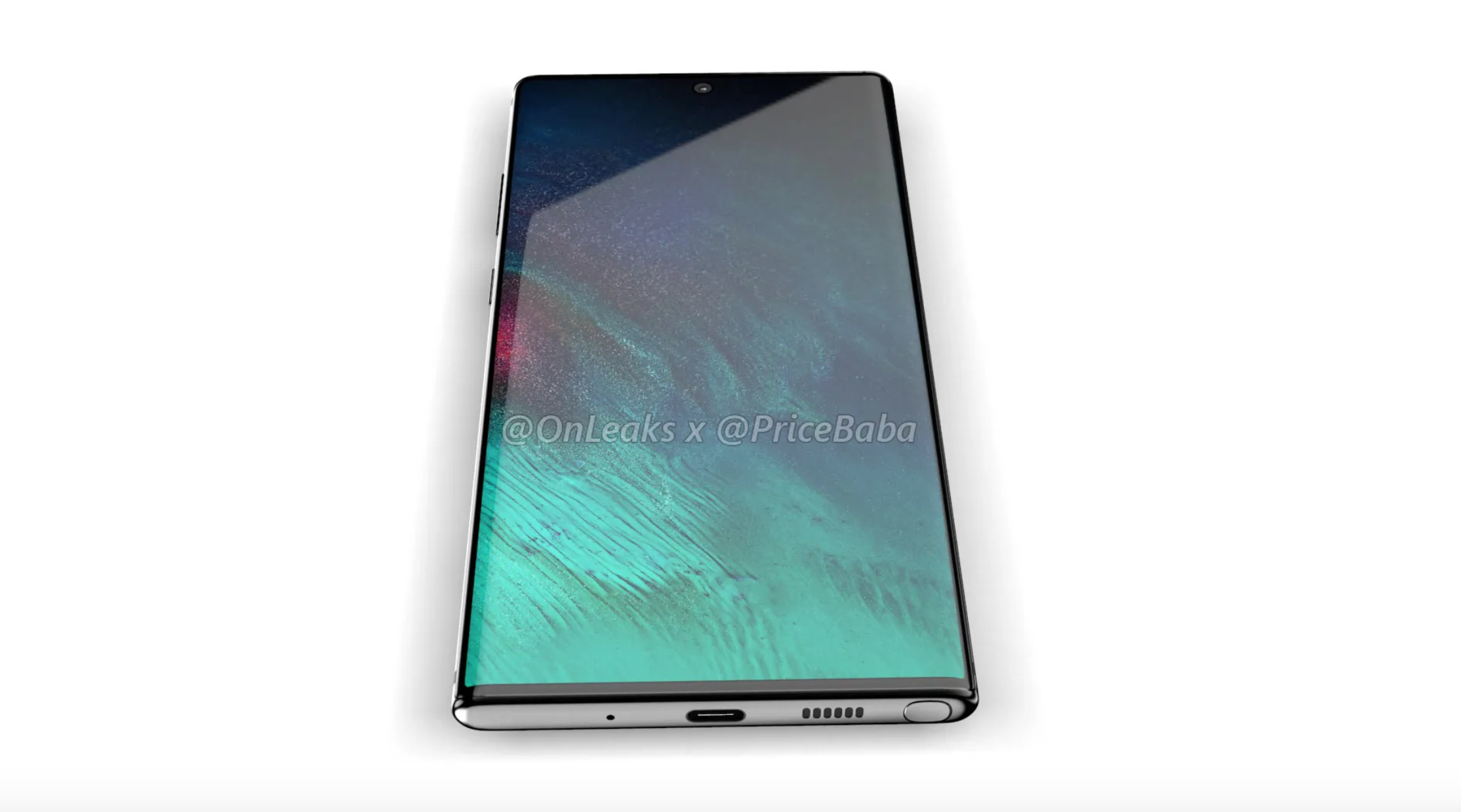 We now have access to a whole set of renders that claims to reveal the Galaxy Note 10 Pro in vivid details, courtesy of @OnLeaks and @PriceBaba. There's even a video for you to check out and we have included it right below for your convenience.

The headphone jack is missing as expected and there's only one front camera, which is surprising, given that the Galaxy S10+ has two. Most importantly though, where is the S-Pen? This may not be the real thing though, because it's quite possible that the famous leaksters have based their renders on a prototype. 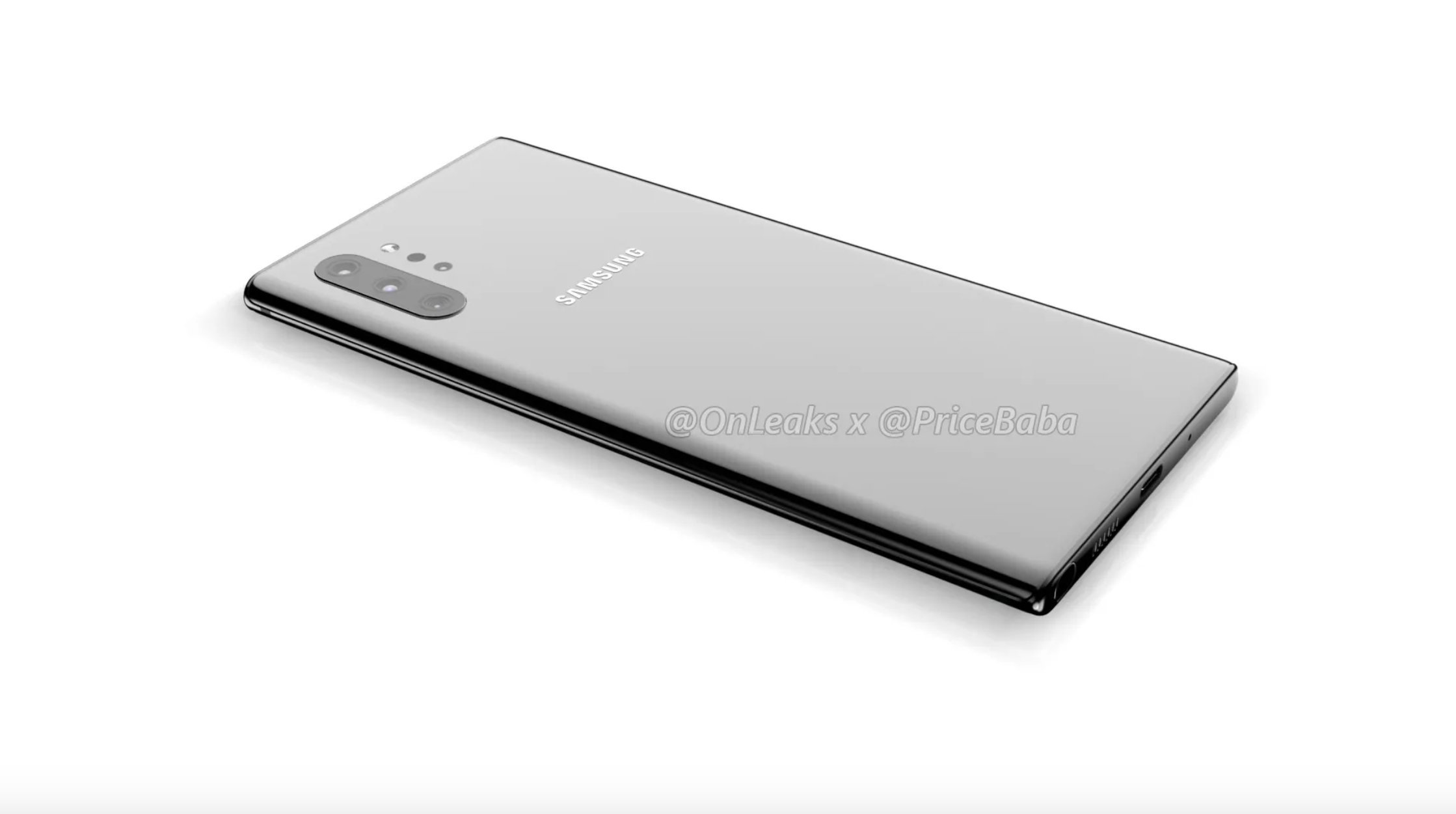 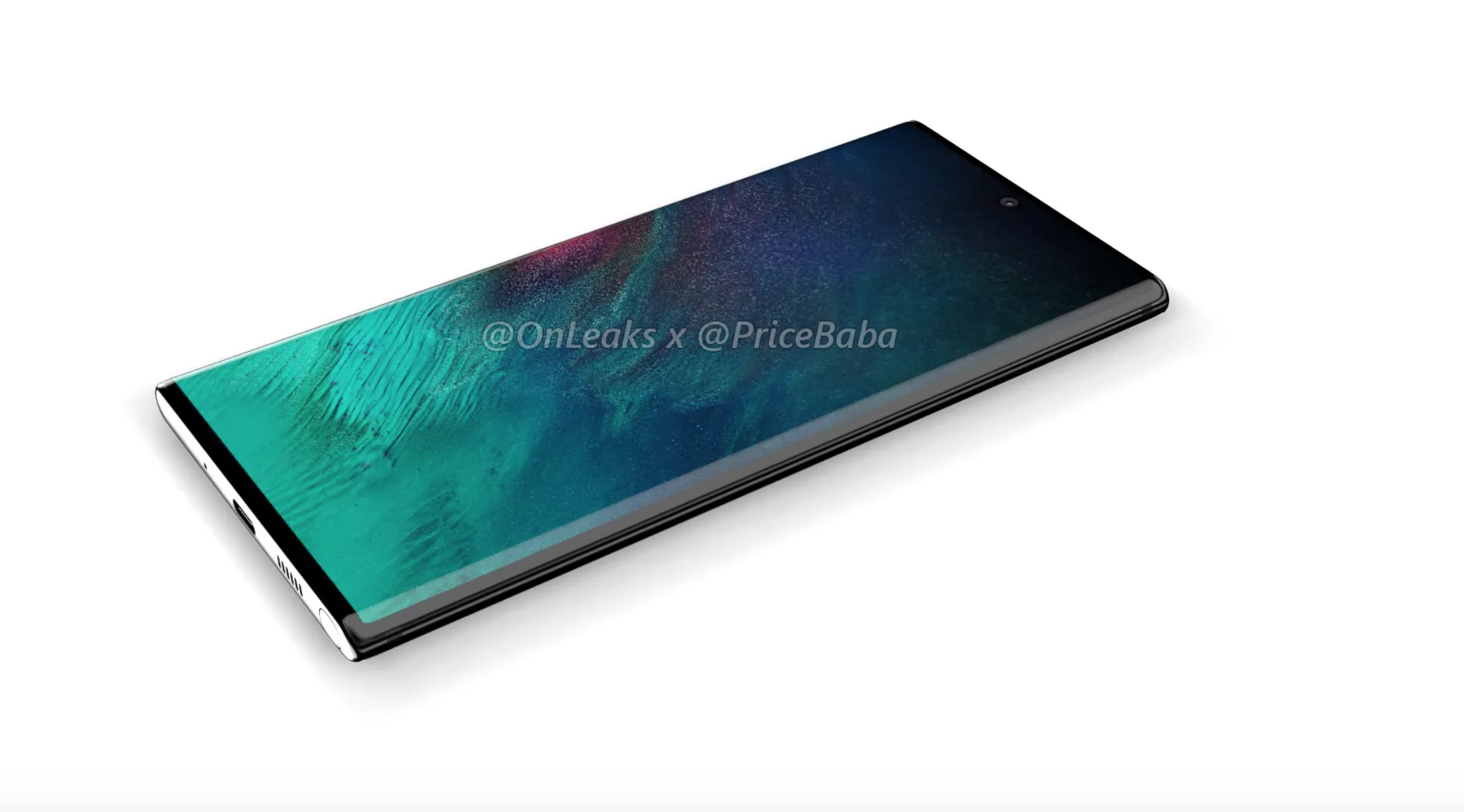 There's roughly two months between the Galaxy Note 10's release date and now, so it's about time that the rumors and the leaks start pouring in already! However, do you think this one is the real deal? Let us know what you think about the renders in the comments.

Despite Trump Administration Ban on Chinese mobile phone manufacturer Huawei, it is successfully making the waves in the industry with its breath-taking smartphones. The Huawei P30 Pro is no exception. It has an amazingly sleek design, an incredible quad-camera setup with 10x hybrid zoom and a huge battery that promises a day-long survival even with moderate use.

Apple\'s design is fairly familiar and under some criticism due to camera setup at the rear side. So which is better? Apple iPhone 11 Pro or P30 Pro. Apple didn\'t create any drastic changes in the design of the smartphone and yes the camera module is much wider. The whole back is a single sheet of glass instead of having a metal camera module sticking out of it.

The iPhone comes with distinctive colors but overall it has an immersive screen, with minimal builds and looks and feels premium which justifies its cost to some extent as well. The P30Pro has the more visual appearance but has a much larger bottom notch as compared to the iPhone. Apple went for a 6.5-inch display for 11 Pro max whereas the Huawei has a 6.47-inch display. The P30 Pro has an FHD+ OLED screen with 1080 resolution whereas the iPhone 11 Pro has a super retina XDR OLED screen with a bit higher resolution at 2436 x 1125.

The Huawei\'s P30 Pro has a 10x hybrid zoom camera and gives amazing results as compared to other smartphone cameras with digital zoom. It has 40MP wide-angle, 20MP ultra-wide, 8MP zoom, and time-of-flight sensors. Meanwhile, Apple made a trio of 12MP back cameras with enhancements to smart HDR processing and excellent night mode. the P30 Pro is fast in everyday usage but the iPhone 11 Pro has the extra raw power of A12\'s fusion chip.