We reported before that SamsungGulf has officially confirmed that the Galaxy Note 2 won't be getting the Lollipop update in the Arab Gulf states (Kuwait, UAE, Qatar... etc). Well, this doesn't affect other regions.

Today, SamsungDanmark has officially confirmed multiple times via its twitter account that the Galaxy Note 2 will get the Official Android 5.0 Lollipop update, Furthermore, the Denmark firm even confirmed that the Note 2 Danish variant with CSC code: "NEE" will get the update and NOT all Regions will get it as it vary from market to market.

@Kamil_Sabry Hi! Each market has their own updates so it can vary from market to market. Danish Note 2s (CSC code: NEE) will get Lollipop.

In another tweet SamsungDanmark, confirmed that both Note 2 (GT-N7100) and Note 2 4G (GT-N7105) variants will get the Update but not in the same time, so the Note 2 4G users should rest assured that their devices will get updated as well same as the original variant.

@NilsFarving Both will get the Lollipop update, but not at the same time. No info on which will come first. :) https://t.co/lQQ0Q3Fcvm

What if my Region didn't get Lollipop?

Well, You can always Download and manually flash the official Lollipop Firmwares for your Samsung's Galaxy Note 2 (when they start rolling-out) from our YouFirmware Note 2 section HERE and enjoy the update.

Samsung Gulf: No Lollipop update for the Galaxy E7 in the Arab regions
Samsung Updates

The list of the Samsung devices that won't be getting the Android 5.0 Lollipop update in the Gulf states is getting ridiculously long...

SamsungGulf just added a new device to that list, as it announced via its official twitter account that the Galaxy E7 won't be getting the Android 5.0 Lollipop update, which also means that the Galaxy E5 will not get the update too.

@morewickedjared Hi, unfortunately the device you have mentioned wont get the Lollipop update. We will keep you posted for any updates

The Arabian firm didn't give any reason regarding this cancellation. However, this decision will only affect the users in the Gulf states. The Galaxy E7 and E5 may get updated in the other markets. 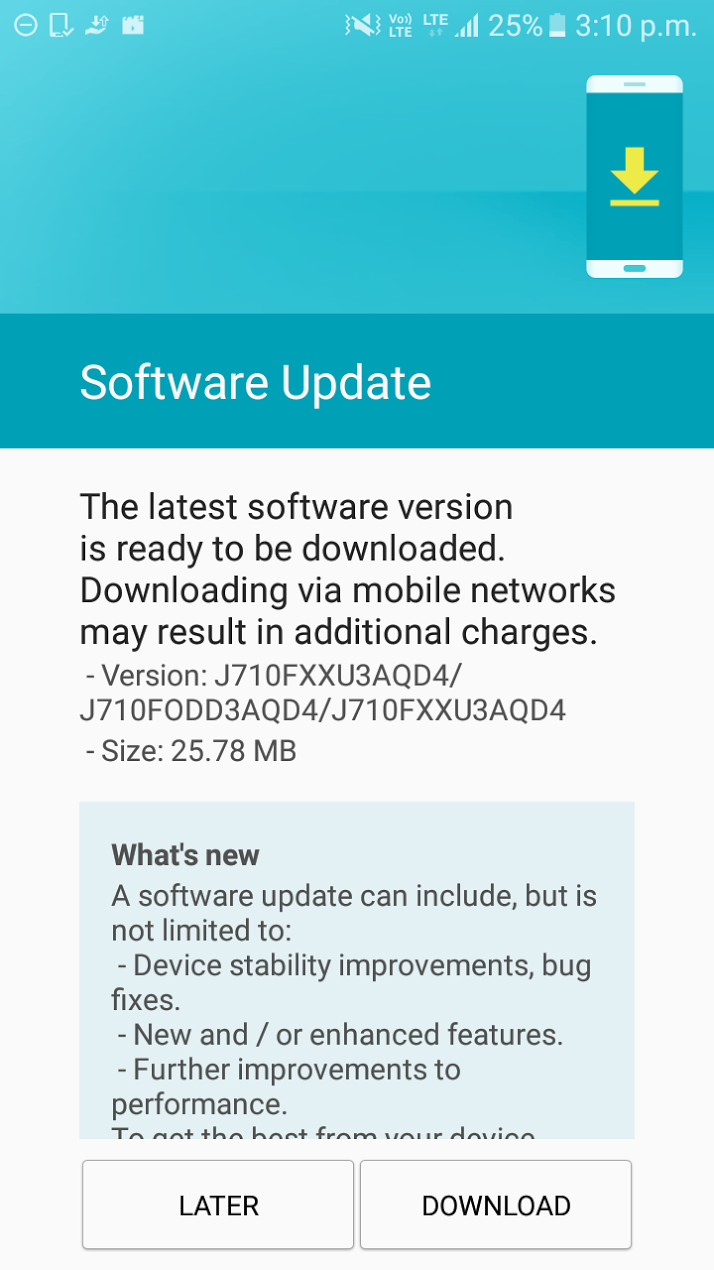