Google has just officially updated Chrome for Android stable to version v43.0.2357.78 with few bug fixes, minor UI changes and one Major feature called "Touch to search". This was a BETA feature and has been moved to stable on this release. The feature allows users to search for highlighted text using the same toolbar as they would for cut, copy, or paste. 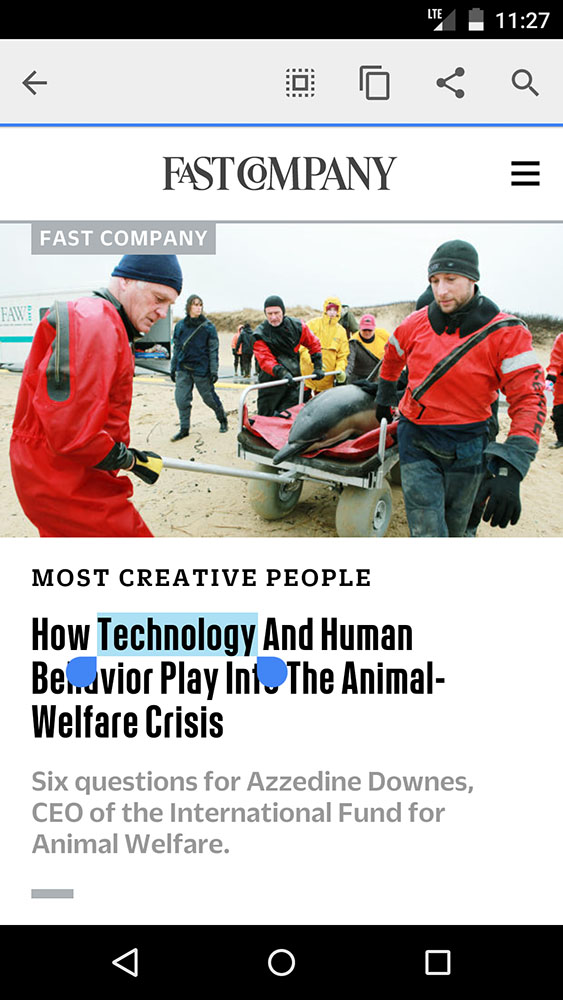 Chrome for Android v43.0.2357.78 official Change-log:
- Faster Checkout: Quickly and securely complete checkout forms with data from Google Wallet
- Touch to Search: Learn more about words and phrases by touching them on your screen.
- Bug fixes and speedy performance improvements.

Chrome v43 update is rolling-out on google Play store now, if you don't want to wait, you can download the APK from the link below. This is the Official APK fetched from Google servers and has bot been modified by any means. Enjoy!