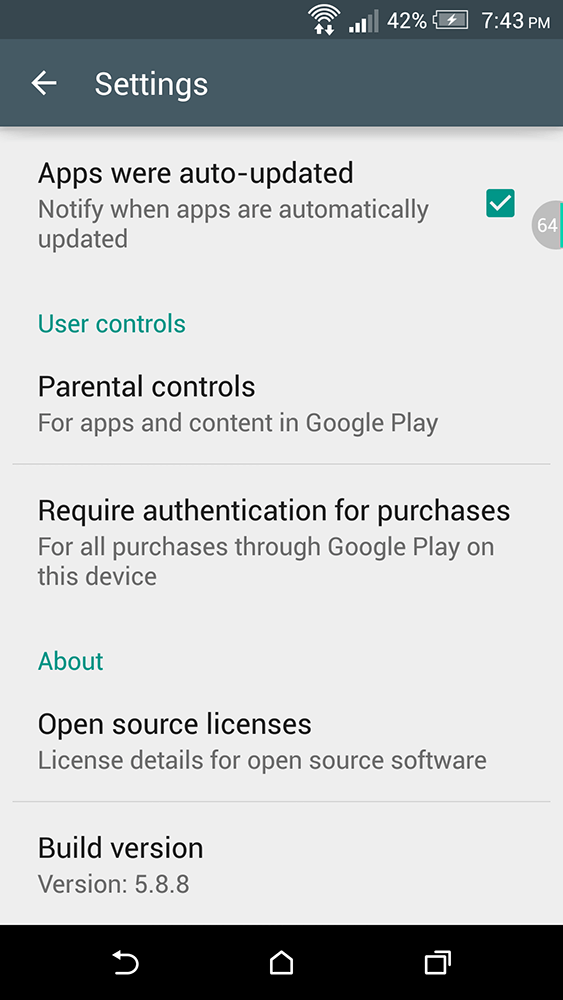 What's New on this update? Well, Now when moving between browsing and detail pages the hamburger icon will morph into the arrow button (GIF below). This is an animation that has been used around the UI for a while, but it's obscured by the navigation drawer in most places. When the hamburger icon isn't showing because you've scrolled down, the back arrow will fade in.

To get the Google Play Store App version 5.8.8 now without waiting, you can Download and Install the Official APK from the link Below. This APK has not been modified by any means and it's 100% safe to install. Enjoy!