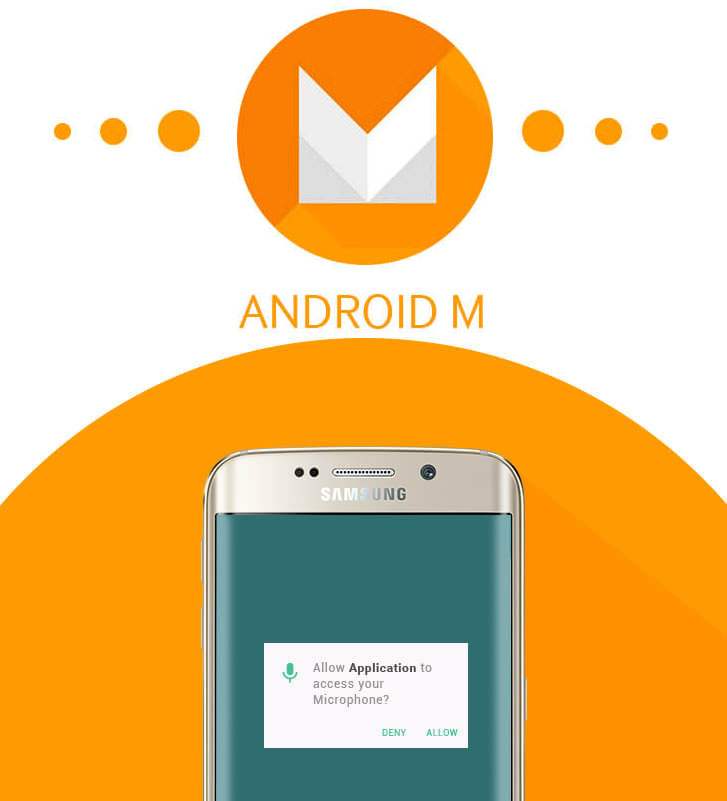 We announced before that samsung is preparing its official Android M for many of its latest flagships, even though the company hasn't clearly unveiled its plans for the update.

Now, Samsung has officially posted an Infographic that shows What's New in Android M ? and what features will be included on its Upcoming Android M update for its latest flagships. The Infographic is featuring the Galaxy S6 edge in the screenshots but we have the full list of Samsung Galaxy devices that will get Android M update.

The Infographic is showing how Samsung will make use of all the security changes and new features of the Android M to fit with TouchWiz but we can expect a New TouchWiz UI with even more Material Design and Integration. There is no word when the Korean will start rolling-out the update as Google hasn't released the final version yet. Check the Infographic below.

List of Confirmed Samsung devices to get Android M update