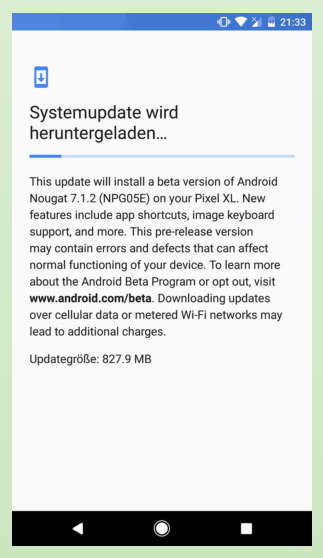 OEM manufacturers might be struggling to get even Android Nougat 7.0 to their latest devices, but as expected, Google is way ahead of the curve. The internet giant has just started to roll out Android Nougat 7.1.2 for a select number of devices which are rolled into the Android Nougat Beta program. This is of course, a beta version only and there will be more incremental updates before the final version is ready and rolling out.

The list of eligible devices includes the Google Pixel, Pixel XL, Pixel C, Nexus Player and Nexus 5X at this point of time. The Nexus 6P is also on the list, but it will take a while longer before the Google flagship from 2015 starts receiving the beta update. If you did not roll into the beta program and would simply like to flash the 827.9MB file manually, download the firmware from here. Keep in mind though that the ROM files are only available for the Pixel, Pixel XL, Nexus Player and Pixel C right now.

Head over to https://forum.youmobile.org/downloads/ to find all the latest updates for your Samsung smartphone.