Android and iOS rule the business with 99.6% market share

Android and iOS rule the business with 99.6% market share 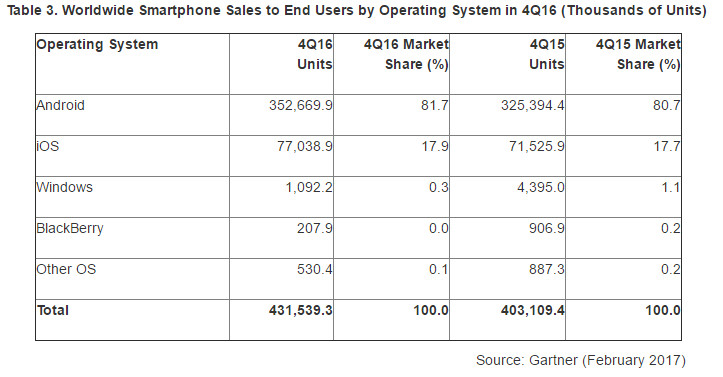