Facebook for Android is now being Updated every week with bug fixes and New features, You can Now try out the latest App version of Facebook For Android version 27.0.0.0.3 Alpha Build which support Android 5.0 Lollipop API 21. In this Version users can now log into their accounts faster without typing their password with "Fast log-in". Also, Facebook added a new about page. 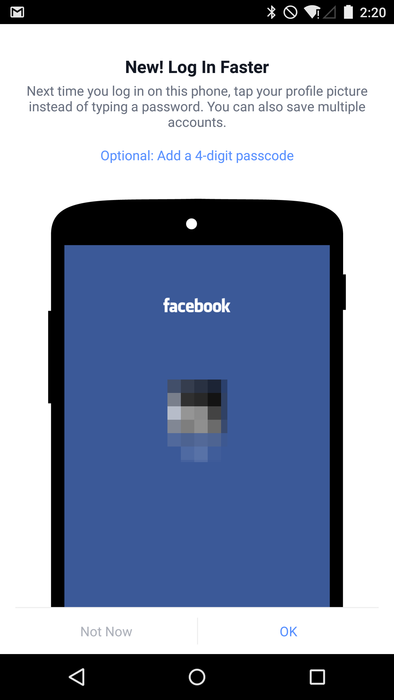 After downloading the latest Alpha build, Facebook suggests turning on automatic updates as it plans on updating the app a few times a week. Doing so will ensure you're always running the latest version. The APK files provided below is the official APK from Facebook ALPHA program and hasn't been modified. The first one is for devices running Android 4.0 or later, the second link for the devices running Android 5.0+ lollipop.