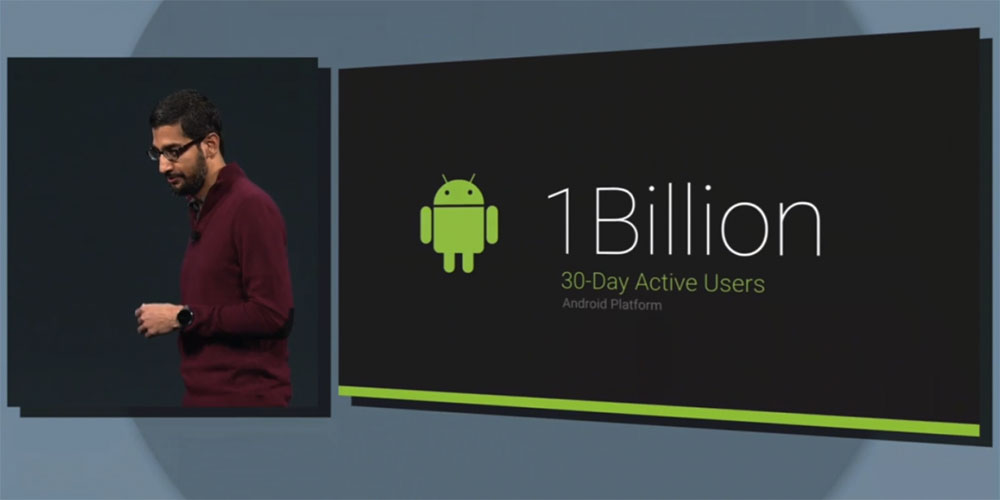 A total of 1 Billion Android devices shipped over the last year (2014) alone, as reported by Strategy Analytics. The analyst firm estimates 1.3 billion smartphones were shipped in 2014, of that over 1 billion ran Android (this works out to 81% market share).

The third horse in the race, Windows Phone, kept pace with the growth of the market and stayed at 3% share (shipping just under 39 million units).