Close to 33% of all active Android devices now run Lollipop; Only 0.7% are on Marshmallow
Android 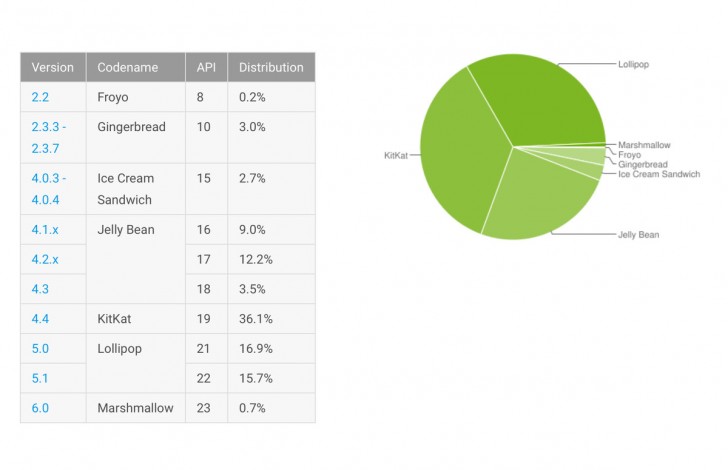 Google has published the latest Android platform distribution shares, unveiling that Marshmallow - which is the newest variant of its Android mobile operating system - is now powering 0.7% of all active Android devices across the globe. That's marginally more than the December figure of 0.5%.

Lollipop in the meantime got 3% increment in share, touching a total of 32.6% this month. But, KitKat retains the top spot with 36.1% Android market share, though there is a little bit decline from the 36.6% share reported in last month.

You can see screenshot above for the summary of the change in market share.