We live busy lives. There's rarely a chance to properly relax. But when you find you've got ten minutes spare, and you're sick of checking Twitter and Facebook, try a quick game on your smartphone. Here's a selection of fun games including strategy, sport and puzzles that you can play when you haven't got a lot of time spare.

You'll know the classic game, no doubt, but this is a re-imagination of it for the smartphone generation. Some things haven't changed - random blocks drop down the screen and you have to align them to form solid blocks that then disappear scoring you points. But in Tetris Blitz, you've only got two minutes per game to score as many points as possible. This is a fun and fast-paced twist on the original classic and can be played when your spare time is limited.

Flick Soccer is a simple and addictive game that sees players race against the clock to kick goals, hit targets or score points in other ways. The smart and effective swipe recognition offers great functionality, allowing the user to control trajectory and giving the player a more immersive experience. 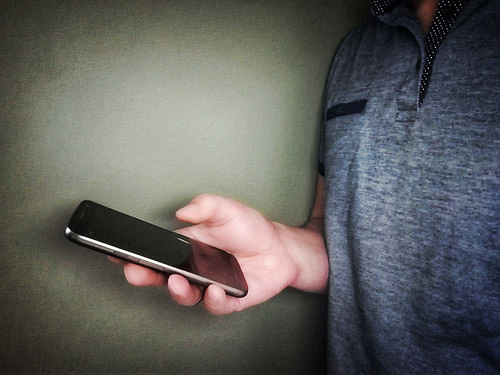 Feeling like a quick ten-minute puzzle? Then, look no further than Dots, a game you're likely to become engrossed in as you try to quickly line up identically-colored dots. Draw a line through your dots to gather them all up, and earn bonuses by closing the loops. Each round is decided by either time or a number of moves, with your gathered dots used to gain power-ups for future games. If you've got a friend, you can challenge them to pass-and-play.

Okay, you might think it takes hours to win the big money in poker and that's probably true. But you can play for free via countless apps, some geared around real-money gambling, some made for those who just want to play for fun. With play-money apps like Appeak Poker, you can play a quick game of sit and go Texas hold'em without worrying about risking your hard-earned cash or clock-watching. There are also games like Politaire - a combination of poker and solitaire - which you can play in ten minutes too.

Not only are slot games fun, but you can also pocket some handy cash too. There are plenty of slots available on mobile devices that are easily accessible and convenient when you've only got a short space of time to play. Reliable operators also offer new customers bonus money with Android and iOS users able to access hundreds of different slots games to ensure there's often something new to enjoy.

In today's fast-moving world, our lives are so busy we get little time to relax. So if you get a few minutes to yourself, make sure you use them wisely. These great smartphone games are a good way to switch off for a few minutes when you're tired of scrolling through your social media channels.