Thanks to the numerous advancements in technology, mobile phones can now do many impressive things, apart from the standard calling and texting they were initially made for. However, one of the biggest issues which the manufacturers have failed to find a way around is battery life for these devices.

Although major brands always try to install longer-lasting batteries on their phones, taking care of them doesn't just stop there. Some activities can be carried out by the users, which tend to drain the battery quite fast. And there is nothing worse than looking down on your phone and realizing that it is running out the juice.

Fortunately, there are a few things that you can do to boost the battery life, hence extending the time the phone remains on. Before you start becoming desperate searching for a charger, here are five tips that will ensure that your phone battery lasts longer:

Certain apps are notorious for being battery guzzlers, especially those that are heavy on graphics. Whenever you notice your battery is acting up, you should go to your smartphone's settings and identify the battery usage for each app.

The phone will always show you how an app is using up the juice, so if one of them tends to use too much of it, there are three options available. If uninstalling the app altogether isn't part of the options that you have, then you can try to stop it from being used in the background, or you can force it to stop.

It is always easy to sell & trade in your phone online if you feel like the battery starts to act up. However, if you intend to keep it, you may have to consider losing the location services as they eat up a lot of your juice.

The use of the location or GPS feature on your phone is super helpful in finding out where you are and finding out your next step if you're lost. However, it is a heavy battery drainer, so you have to have them turned off whenever you don't need the service.

Getting an instant notification from apps and your favorite websites ensures that you stay connected at all times. Who wouldn't want to be notified if their post on Facebook received a comment or like?

However, granting apps and sites the permission to send to you push notifications is a sneaky way to drain your battery; hence, you should restrict this from happening, and whenever you're expecting certain notifications, you should visit the website or app directly.

Avoid extremes of heat and cold

At some point, your phone might get too hot due to excessive usage or too cold when exposed to certain temperatures. The best thing to do is to try and regulate the temperature of the phone, lest the battery becomes damaged.

If it is too cold, you should consider taking it to a warmer place, and if it becomes too hot, you should remove it from direct sunlight or stop using it for a moment.

Turn the Wi-Fi connection off

Whenever your Wi-Fi is turned on, it'll always be on the lookout for new hotspots, and as you would imagine, this tends to eat up the battery. Only turn on the Wi-Fi on when you need it.

Having a poor battery can make your phone quite unreliable. Luckily, you can always sell & trade-in your phone online for a better device.

Everyone knows that the tablet market has been declining every year for the last few years and the latest report by Strategy Analytics confirms it. Two of the biggest players in the game, Samsung and Apple have lost 0.1% and 2.6% market share respectively, in a YoY comparison between Q4 2015 and Q4 2016. In fact the global tablet shipment irrespective of the brand came down by 9% in the last quarter.

According to the report, Apple had managed to ship 13.1 million iPads in the last quarter, which is a 19% decline in shipment when compared to the 16.1 million iPads it managed to ship in Q4 2015. Samsung suffered a decline of 10% in shipment as the total number of tablets the company managed to ship in Q4 2016 came down to 8.1 million, from 9 million in Q4 2015. As per the report, Samsung occupies the third place in tablet market share with 12.8%, while Apple slips to the number two spot with 20.6%, despite losing a chunk of its hold on the market. If you are wondering who the number one tablet OEM is, it's the "White Box" vendors! Apparently, people have realized that watching YouTube, streaming NetFlix and playing casual games on a tablet is possible without spending 500 dollars on an expensive device. 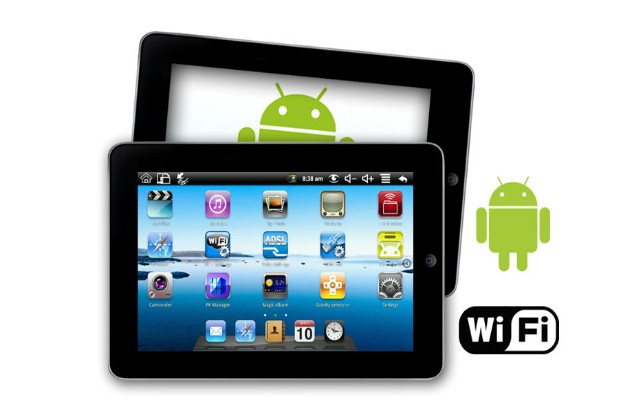