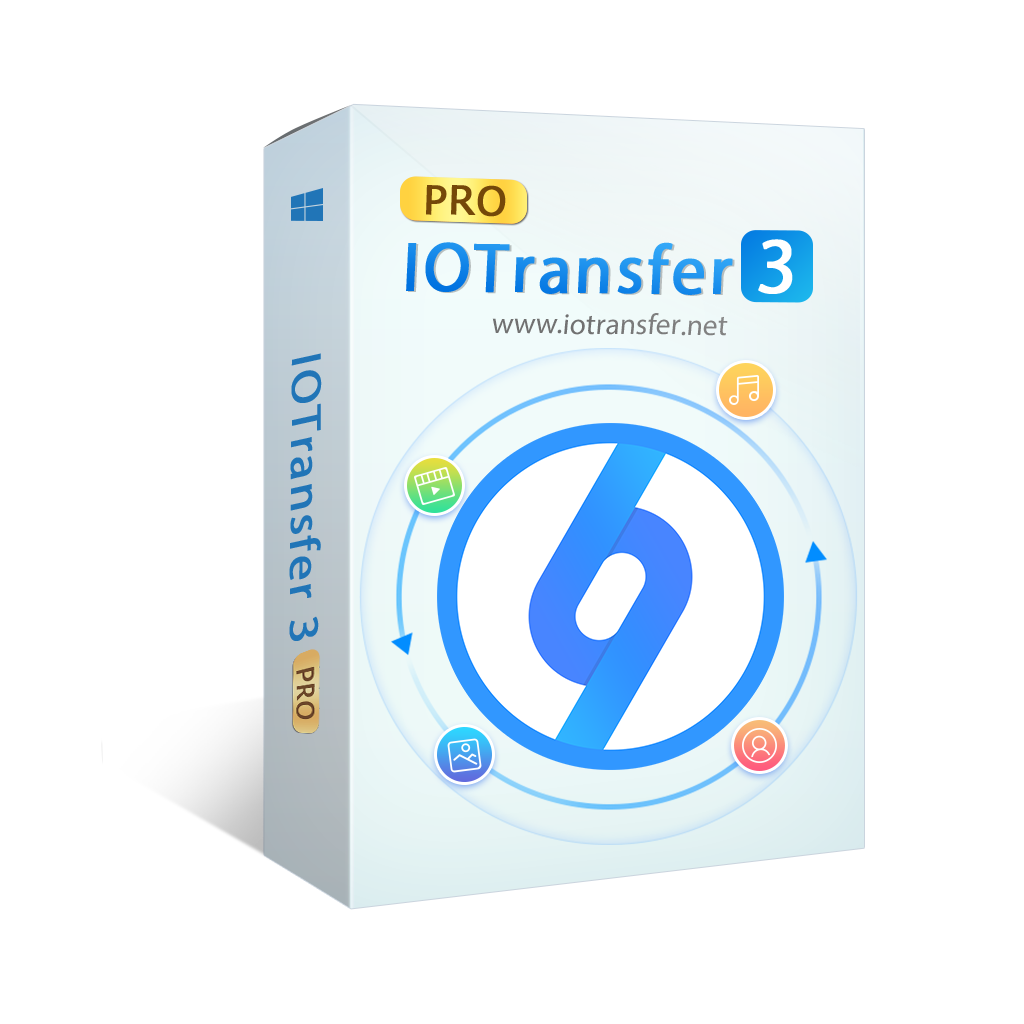 The iOS is still unmatched in terms of security but as anyone who has ever owned an iPhone or an iPad will tell you, transferring data to and from iOS devices is a real hassle. Of course, iTunes is useful and it does solve some of the problems that the closed nature of iOS brings with it, but even iTunes is quite limited in the features it offers and doesn't support a lot of video and audio formats unfortunately. The IOTransfer 3 iPhone manager claims to be the perfect iTunes alternative but with plenty of other features and none of the limitations. Taking a closer look reveals why it's actually a pretty good claim! 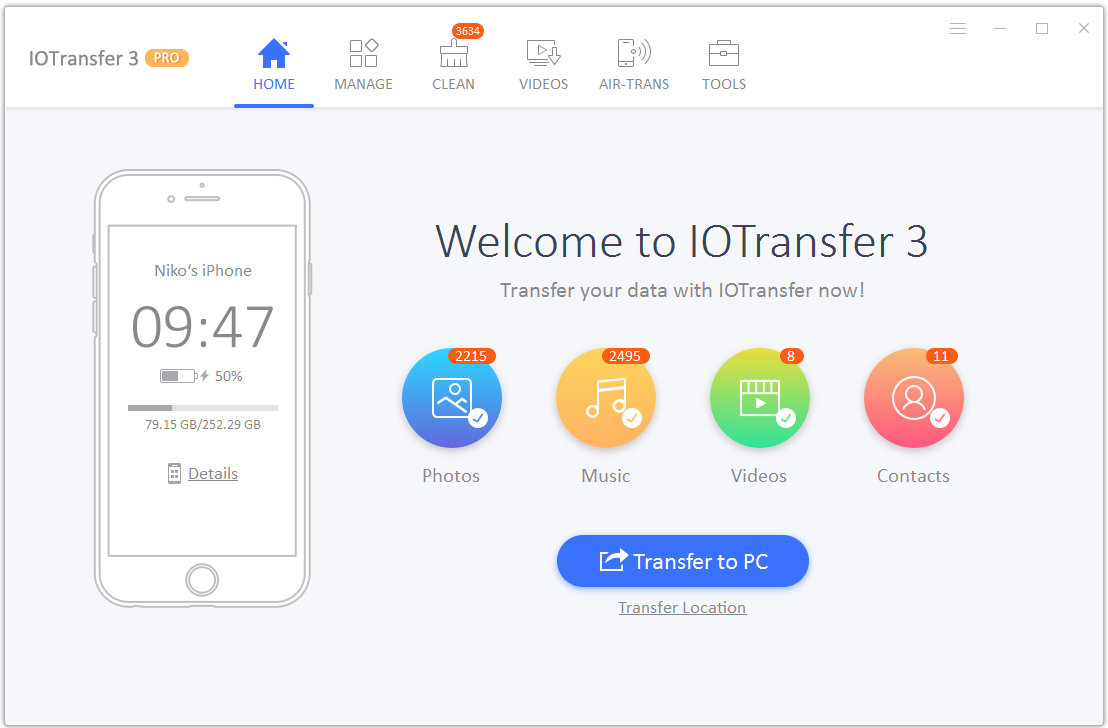 Backing up data is of course a necessary feature and iTunes offers the same as well, but where IOTransfer 3 beats iTunes is in the ease of use and versatility. IOTransfer 3 has a one-click backup option which lets users back up the data on their iPhones and iPads by clicking just one on-screen button, but that's not even the best part. IOTransfer 3 doesn't only support backing up of photos, videos and music like iTunes, but the iPhone manager can also transfer and back up eBooks, podcasts, voice memos, movie files, contacts and even apps with just one-click. In case you need to delete multiple files from your iOS device at once, the interface has the option for bulk deleting as well. 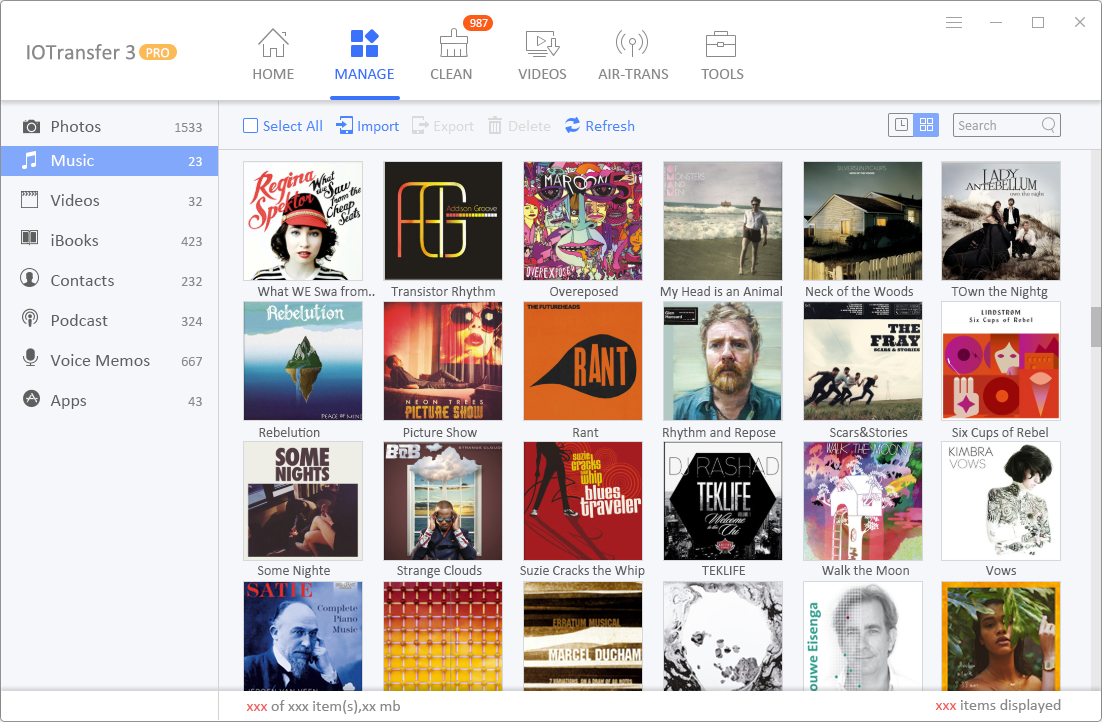 As someone who uses both iPhones and Android smartphones, I can tell you that the convenience of simply dragging and dropping to transfer files to and from my computer and smartphone is something that I utterly miss each time I have to use iTunes. IOTransfer 3 solves that problem by enabling drag and drop sharing in between iOS devices and PCs so that's a huge bonus here. 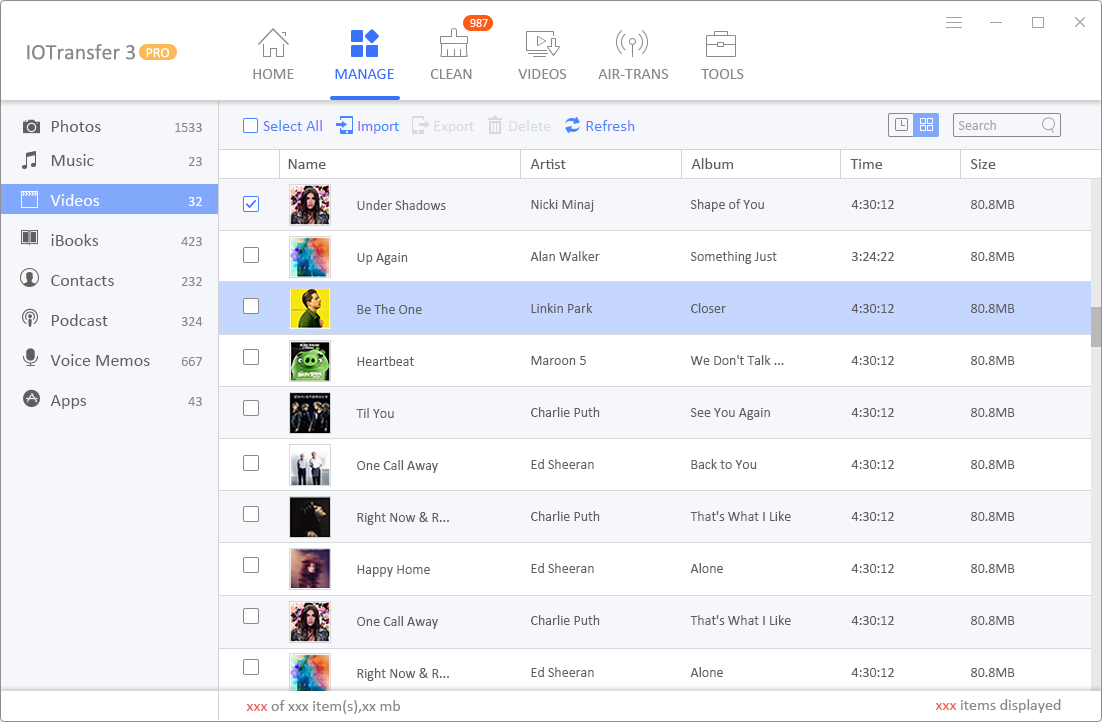 The App Store doesn't have any apps for downloading YouTube videos and while Google does allow offline watching, the offline videos can only be played from the YouTube website or application. IOTransfer 3's VideoDownload function on the other hand, gives users the power to download and transfer any video they want from not just YouTube, but most websites on the internet. You can download and save the videos directly onto your iOS device or just keep it on your PC for the time being. What this means is that you can watch any online video any time you want, without even needing an active internet connection, as long as you have already used IOTransfer 3 to download it.

Convert Videos to Any Format 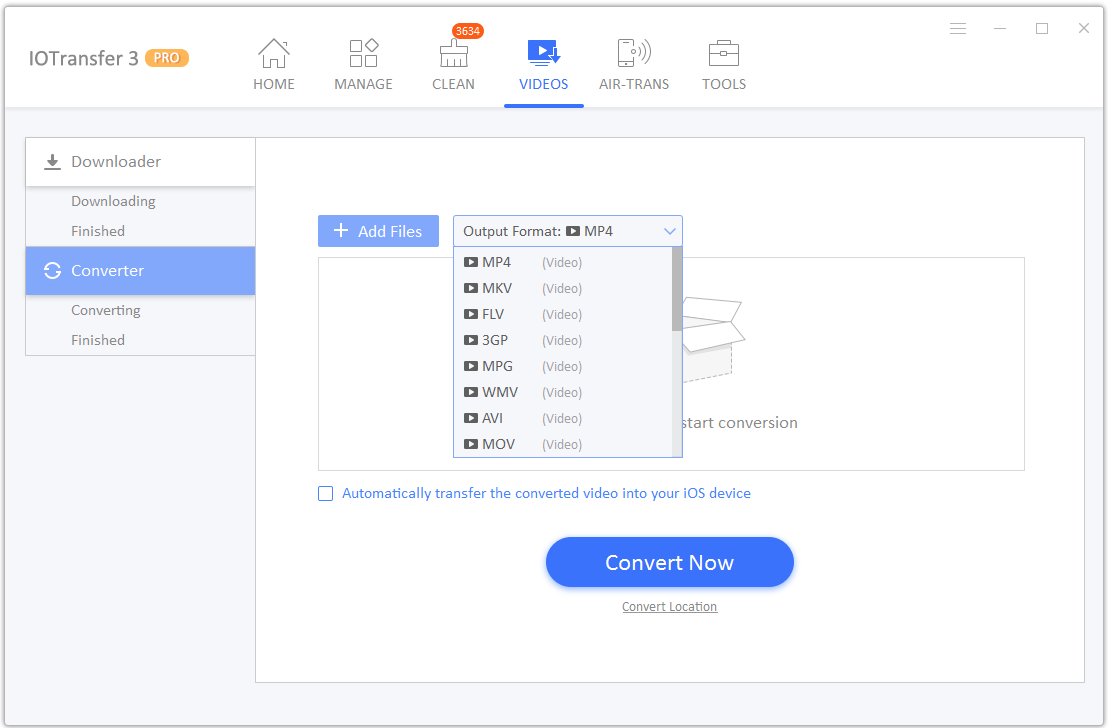 Whether you want to make an audio file from of a video, or if you just want to compress a video without compromising on the original quality of the file, IOTransfer 3's video converter can do both and much more. Some of the supported formats for the conversion (from and to) feature include MP4, AVI, MKV, FLV and MP3 among plenty of others. Once you have converted the video in the desired format, just transfer it directly to the iPhone or iPad from your computer to enjoy the content in high quality, whenever you want and wherever you want. 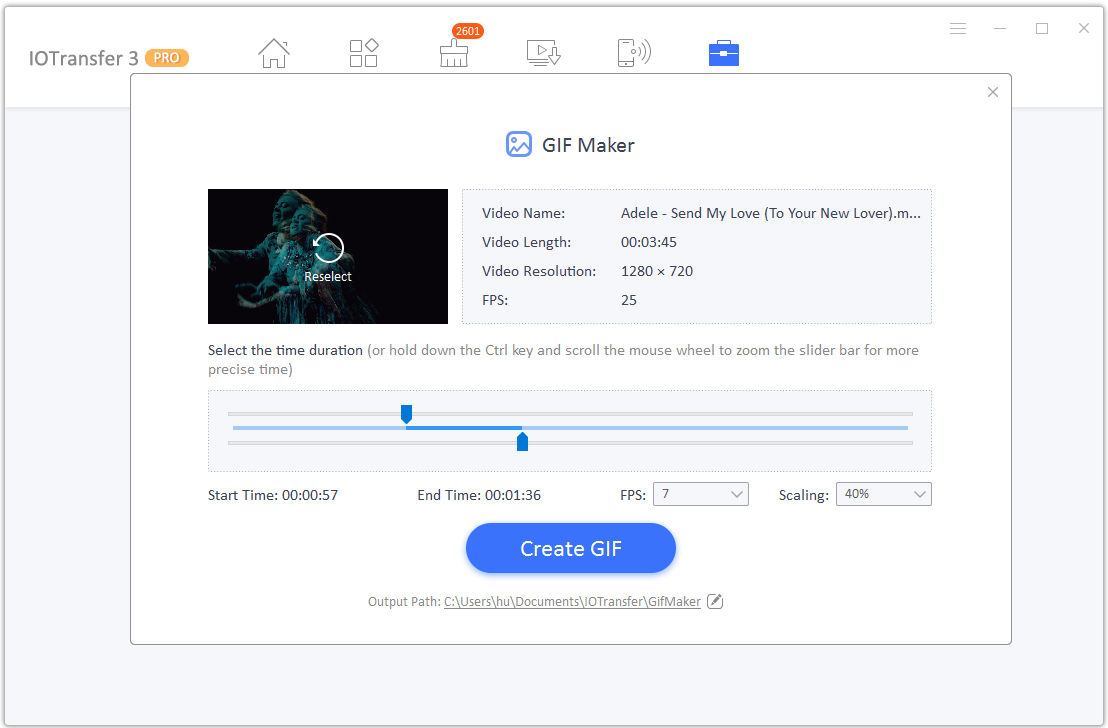 There's just something about GIFs that never seems to wear off from social media and you can use your JPG, PNG, BMP and webp images to make GIFs of your own with IOTransfer 3's own GIF maker. In fact, you don't even need to download the software or sign up on their website, as anyone can use the GIF maker online simply by visiting the link. I was pleasantly surprised to see that the site did not put any watermark on the GIFs I made either, which was both surprising and nice.

Transfer Your Files Wirelessly with AirTrans 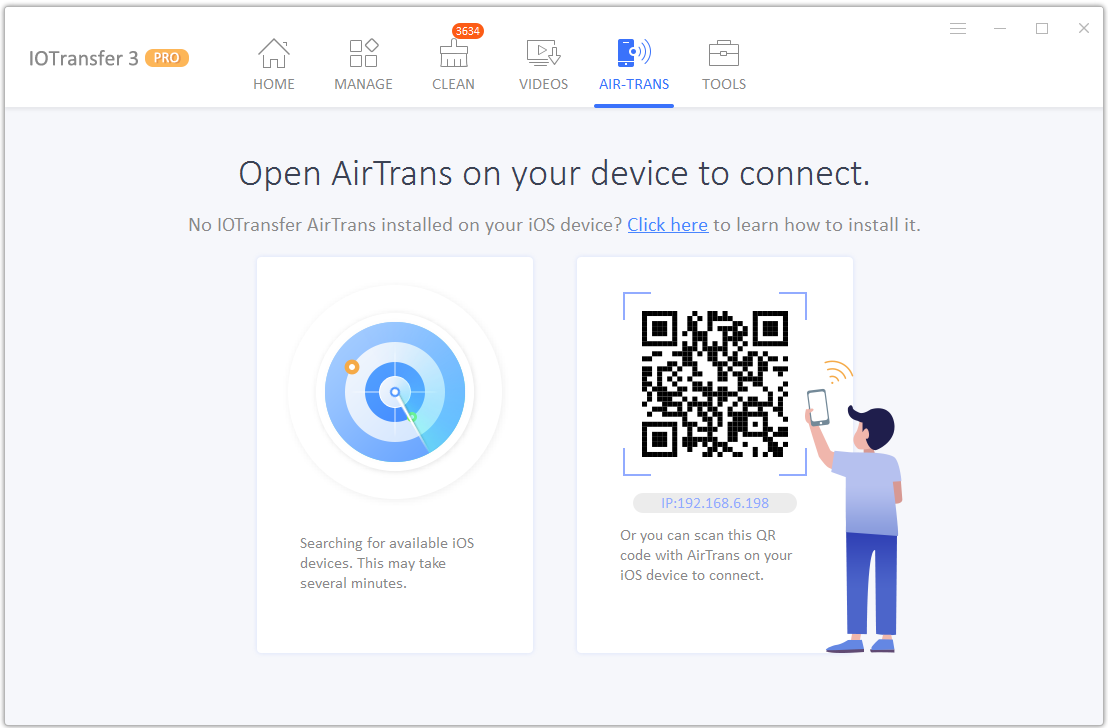 We are fast approaching a point where wired connections will be completely unnecessary and IOTransfer 3 aims to provide exactly that with its AirTrans feature. As long as both your iOS device and your computer is connected to the same Wi-Fi network, AirTrans will help you transfer music, photos, videos and documents from your iPhone or iPad to your computer and vice-versa. The feature can be used for backing up data, or it can simply be used to transfer data in between the PC and the iOS device wirelessly. 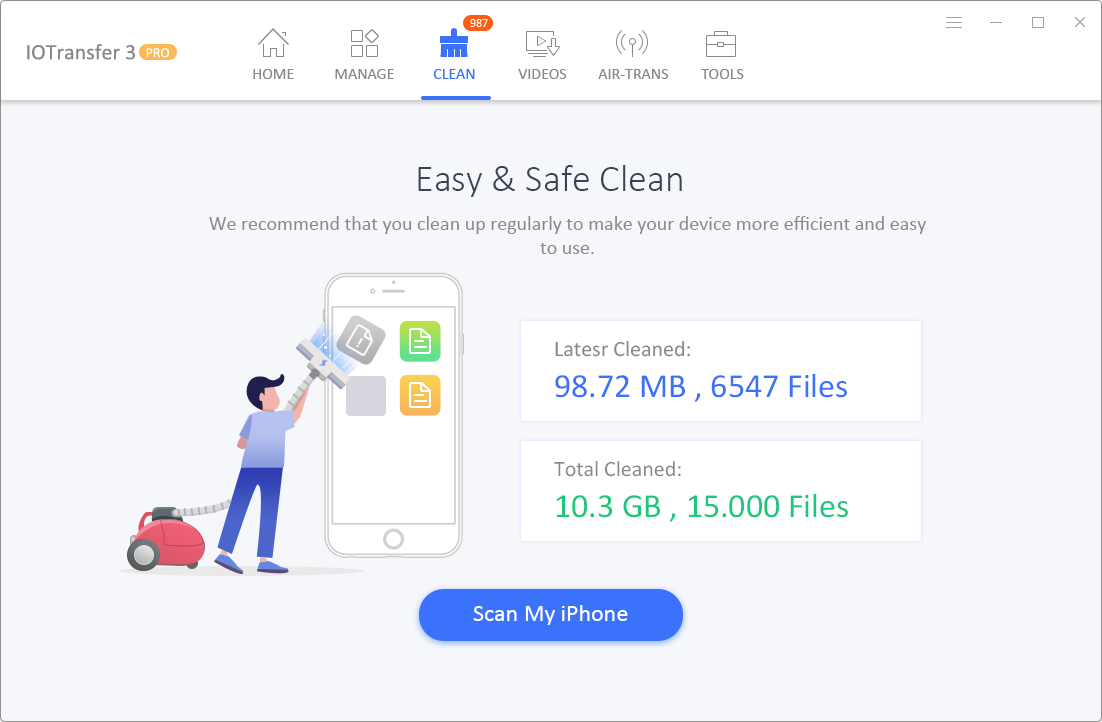 The latest version of IOTransfer 3 fixed some bugs and further enhanced the UI to become even more stable and user-friendly than before. A new Clean feature was added to directly clean junk files and cache data from IOTransfer 3's interface.

Is It Worth Your Time?

Given that it can do pretty much everything that iTunes can and a lot of other things that iTunes simply can't, it would be a safe bet to say that IOTransfer 3 is well worth everybody's time and will probably make iTunes more or less useless for transfers, once you start using it. If you are worried about compatibility, rest assured that IOTransfer is compatible with all latest iOS devices like the iPhone XR/ XS/ XS Max and iPad Pro 3, as well as all the older models. IOTransfer is a dedicated iPhone manager which can be used to transfer data to and from a Windows PC and any iOS device. It is a one stop data management solution for connected iOS devices on the Windows platform.

IOTransfer has a whole slew of useful features, but the very fact that it enables users to work with an iOS device on a Windows computer without needing to install and sync their device with iTunes is its biggest appeal. As far as other features are concerned, IOTransfer won't disappoint anyone there either.

·        You can transfer photos, files and even music from your iPhone/iPad/iPod to your Windows PC and vice versa

Is It Worth the Price of Admission?

The iPhone manager is like a simpler and easier to access version of the iTunes, but with much fewer restrictions on what you can do and how you can do it. At $24.95/year for one PC, it's not a bad deal really, but it makes much more sense to just pay $5 more and get the lifetime license for one PC at @29.95. Better still, we urge that you try out the trial version for free first to get a taste of what's on offer.