Just when you thought that Samsung was getting out of the rut that the exploding Galaxy Note 7 had dropped the company into last year, they are now facing another predicament which is giving them a lot of bad reputation once again. Lee Jae-yong has recently been detained and questioned in order to find a link in between him and the infamous influence-peddling scandal involving impeached President Park Geun-hye and her friend, Choi Soon-sil. In fact, the South Korean prosecutor's office had gone as far as petitioning for an arrest warrant to incarcerate Samsung's future Chairman.

Fortunately for Samsung, the Seoul Central District Court did not feel that the warrant was necessary and therefore, Jae-yong is still a free man (sort of!). According to the court, since Lee Jae-yong is not allowed to leave South Korea until everything regarding the scandal and its relation to him is settled, imprisonment is an unnecessary step at this point of time. In fact, vice-chairman Lee Jae-yong was let go even from the detention centre, right after the court announced its verdict. Although this is definitely good news for Samsung, things as a whole are looking a little dim for the company and its leaders until this scandalous storm blows over. 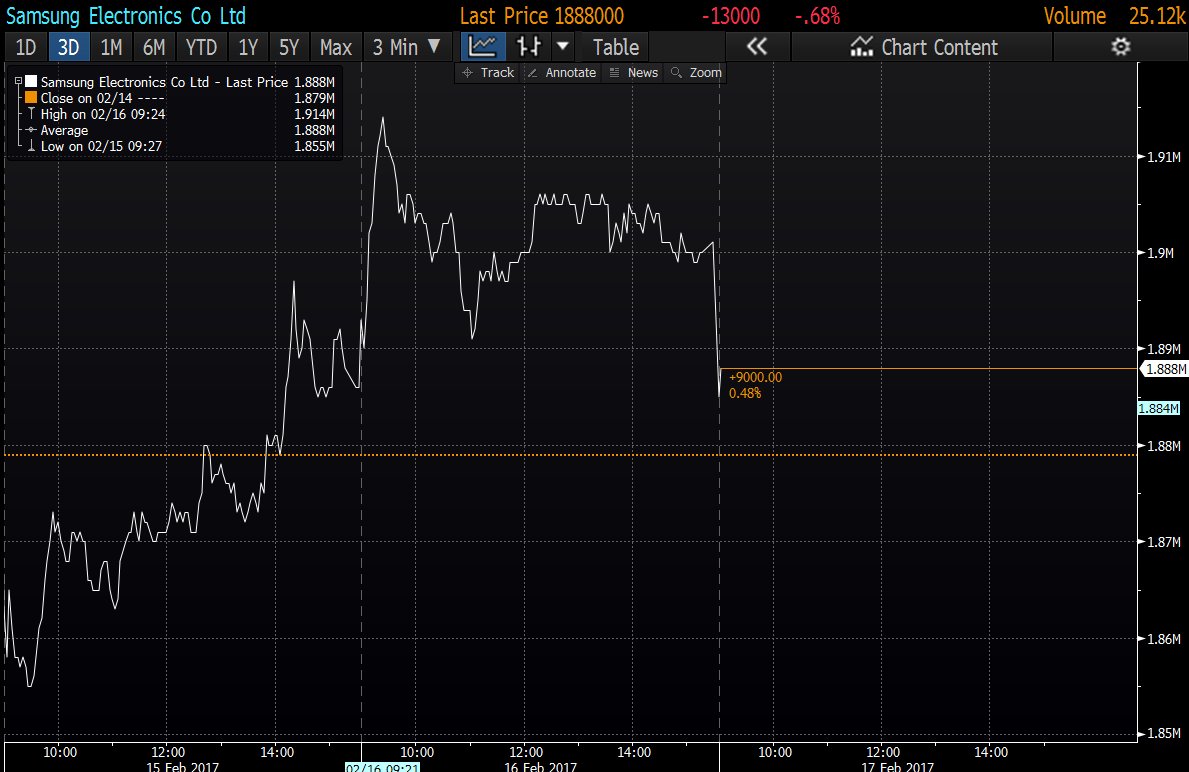 Bad news for Samsung keeps piling up as the electronic giant's shares just dropped by 1% at the stock market during busy hours yesterday. This was an obvious reaction to Samsung's vice-chairman Lee Jae-yong getting arrested hours earlier. He has been linked to bribery charges associated with the massive scandal involving President Park Geun-hye and her friend Choi Soon-sil. The court has found the evidence sufficient for it to allow the detention of Lee for up to 20 days, before indictment. As you can imagine, the shares falling is just one of many problems that the conglomerate will be facing, since their leader and soon to be chairman is now out of the picture.

The good news is that this fall in share value is very likely to be only a temporary setback and actually has no relation with Samsung's business in any way. It is believed to be an effect brought on by negative sentiments towards the shameful incident. The last few months have not been kind on Samsung's reputation. After the exploding Galaxy Note 7, Samsung was hoping to build back its reputation as a manufacturer. However, the leader being convicted of white collar crimes that have affected the very economy of South Korea is not going to help that cause!

Samsung had to deal with a huge blow last year as their soon-to-be head, Lee Jae-Yong got arrested with charges of bribery and assistance in corruption. It was almost inevitable as this scandal had then impeached the South Korean President herself, alongside some of the nation's most powerful figures. Nevertheless, the rulings of the court have now been overturned and Lee Jae-Yong's prison sentence has been suspended by the High Court, in answer to his appeal. It is to be noted that the Vice-Chairman of Samsung continued to deny all charges held against him and the High Court found him only guilty of "passive compliance to political power."

It is expected that Lee Jae-Yong will have to defend his case once again at the Supreme Court, since the ones that prosecuted the billionaire are probably going to take that final step. Nevertheless, as of this moment, Yong is back and will probably resume his position at Samsung once again for the time being.