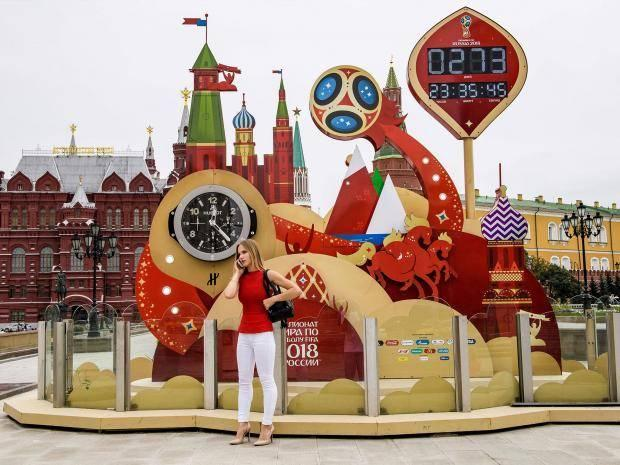 If you're a fan of soccer, there's probably no reason to tell you the World Cup is fast approaching. Equally, if you're a regular on this site it's likely your smartphone will be your go-to place for all the latest news and views.

This summer will of course be the most interactive ever, whether you be wanting World Cup tips, live feeds to games or even fantasy football. Which means there are plenty of apps to download!

With just a few months until kick off, here are our favourite apps to help you countdown to June 14...

Yes, ripping and sticking is no longer required with the new Panini app. You can enjoy the tradition of collecting World Cup stickers direct from your mobile.

It's free to download and you are given two free packets per day. Of course, if you want to fill it quicker you can buy packets too.

But what about the swaps? Well you can head to the Swap Area and make your trades.

You'll probably want to hear all the latest news directly from the horse's mouth. The official World Cup app has you covered.

With all the latest news, views and video you'll be kept fully up to date on everything you need to know about Russia 2018.

Naturally, a big part of the World Cup is having a flutter. Fancy another Iceland giant killing? Perhaps you'd prefer to play safe and go for Messi to top score.

Either way, William Hill has got you covered and from now until the tournament will be providing you all the latest odds and offers to enjoy. It's one of the best places to have a punt and will have a huge range of World Cup markets.

An On Demand TV App

No matter where you are in the world, soccer's biggest tournament will be live on TV.

If you're out and about, an on demand app will have your back and you'll be able to watch live games no matter where you are.

The likes of BBC iPlayer or ESPN will steam games daily, meaning you'll never miss out on any of the action.

Think you can do better? Why not download Football Manager 2018 and put yourself to the test.

It's not free and comes at a fair price but it's comfortably the most expansive and in depth simulation game on the market. Can you lead England to their first since ‘66? Maybe the dark horses Belgium are destined for the title under your reign.

There's only one way to find out...

The Korean manufacturer had us all excited by highlighting some of what Bixby would be able to do once it comes out with the Galaxy S8 and S8+. However, it was not meant to be so. After so much marketing, as it stands now, Bixby isn't ready yet! Anyone who will buy the Galaxy S8 or S8+ will only get limited functionality from the AI assistant, which will not even include voice commands. They will hopefully be added soon via OTA updates, but it is an incomplete piece of software right now and the dedicated hardware button on the device's side is a disappointing reminder of that fact.

When members of the XDA Developer's Community released an app which lets you remap the Bixby button without rooting the device, most of us were quite happy. However, that was not something that Samsung liked much and via an OTA update, they have made sure that Bixby continues to remain tied to that button unless you decide to root your S8 or S8+. If there is still any doubt in your mind whether or not it was intentional, know that it was. A Tweet from an official representative of Samsung confirmed that little detail. How does it make you feel to know that Samsung won't let you remap a dedicated hardware button for a service that isn't even fully functional yet? Personally, I would have preferred to remap the button to be the shutter key and as a camera shortcut.