The way how women and men perceive this world differs significantly and that influences considerably the way of their communication.  The art of communication with men can't be taught at school and necessary knowledge comes only due to experience and practice.  The ability to come up with appropriate words is a precious talent and a backbone of successful relationships. Understanding men's psychology and taking into consideration some basic features typical for them will definitely clear the situation and make you comprehend how men think.  Here are a few easy steps to approach every man.

Though, generally, guys tend to be more tacit, being heard isn't less vital for them. Imagine yourself dating one of the handsome rich man singles for the first time. You're continuously blabbing like an annoying chatterbox about yourself before he even tries to open his mouth. What kind of impression would you make? Being a good interlocutor means not only nonstop talking but also being able to listen, especially if it goes about the guy you fancy.

It's clear that men like mysterious women because they involve elements of a bewildering riddle. Sounds romantic, right, but literally it can prevent you from mutual understanding because guys have difficulties in getting hits. Beating around the bush often leads to the altercations and misunderstandings, so instead of using vague whimsical phrases speak directly about your desires.

Speak on a topic you're good at

It's ok if you aren't extremely keen on football, sport or weapons, but don't make a fool of yourself by trying to pretend that you know everything as it will look ridiculous. For example, it's better to accept that you don't have profound knowledge about something and ask the guy to clarify things you aren't familiar with. Be sure, he will be glad to show you his brilliance and smartness.

Ability to be sincere and natural is the most important while communicating with men. No one likes mannerism and hypocrisy and for them, it's vivid when the woman is trying to be not who she really is. Each of us knows how it's important to make a good impression on someone, but don't escalate things. Being yourself and frank in your feelings is the best way to come to a mutual understanding with a guy.

While sharing the problem with a man, women tend to exaggerate the situation bolstering it with the enormous flow of emotions. Often it appears to be quite tiresome and annoying for man, as instead of hearing the main sense, he has to bear the theatrical drama. Guys can't stand listening to women hysterics or witness them crying. If you want to complain about something, it's better to pull yourself together and speak reasonably about your concerns. Naturally, men aren't as emotional as women, so such emotional explosions are foreign for them.

Two Men stabbed each other in an argument over Samsung Galaxy S6 vs. Apple iPhone 6
Technology 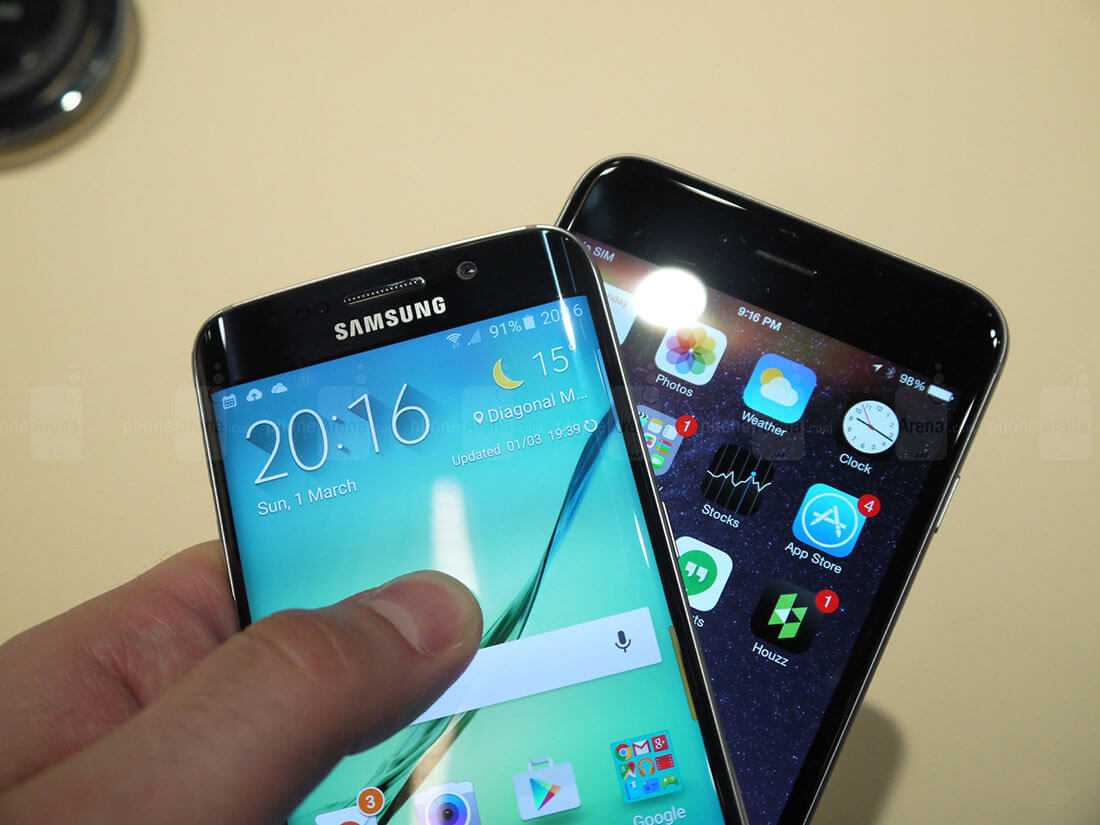