How Mobile Devices Have Changed Gaming as We Know It

How Mobile Devices Have Changed Gaming as We Know It 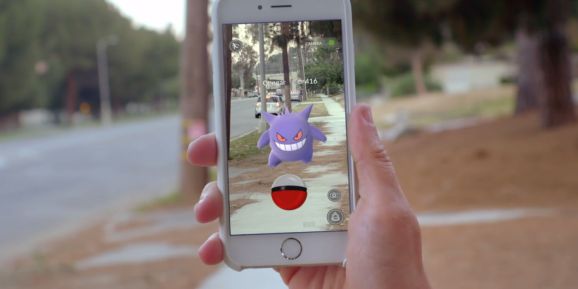 The revenue stats make it clear, mobile gaming is immensely popular. It is estimated that in 2018, revenues of mobile games will hit $70.3 billion, which is more than 50% than the overall gaming revenue of $137.9 billion. Mobile gaming has grabbed hold of the market because it's affordable (many mobile games are free to play) and they're accessible (players can access high-quality games on the go).

But the influence of mobile devices on gaming goes far beyond the financials. They have also had an impact on the wider games industry, changing how developers both on and off mobile devices create and market their titles.

In July 2016, Niantic released a little game called Pokemon GO. The game allowed players to explore the real-world, catching Pokemon, battling for territory, and more. It also features a "buddy" system that allows Pokemon to accompany players as they explore for greater rewards.

Pokemon GO's success has impacted Let's Go Pokemon, the upcoming main Pokemon games for Nintendo Switch. The Poke Ball Plus device allows players to select a Pokemon and take them for a stroll by carrying them "within" the device, earning rewards when they return. The mechanic is directly borrowed from Pokemon GO and shows the impact of that game's success.

You may well be familiar with the concept of SMS/text games e.g Never Have I Ever and 20 Questions, smartphones have allowed SMS integration to be kicked up a notch. These days, there is even greater integration and it's quite common for game developers to text you about updates to their mobile games or even to send you links to install their apps.

The use of SMS even allows gamers - on mobile or on other platforms - to get bonuses for other games. In some cases, this involves rewards when you've referred a new player via text or, like some no deposit bonus casino offers, players are able to activate their bonuses via text. In some casino promotions, free spins are delivered via text, with players able to verify and accept their free spins before jumping into the games they want to play.

Gaming that allows players on PC and console has been a concept for a while, but with the rise of mobile gaming, that has been kicked up a notch. Mobile gaming allows players to play games on the go, but people still want to play with their friends and squad members, making cross-play a winning feature.

The mobile version of Fortnite is just the latest example of this, as its cross-platform play lets players on PC, PS4, Xbox One, iOS and Android devices to play alongside one another. While there are some technical hurdles, such as limits on using keyboard and mouse support to get ahead, it has shown other game developers why they need the feature.

The revenue shows that mobile gaming is only growing in popularity. This means that its influence on the wider industry is only set to grow, not fade. What are the next impacts we could see? Portable console screens? More free to play, casual titles. It will be exciting to find out.