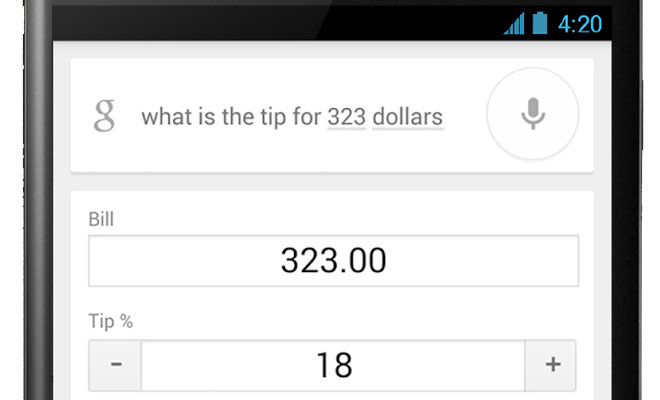 Google makes it's Search mobile app  better by adding a tip calculator to its laundry list of features.

The tip calculator can be initiated by either a voice command or typing for example "What's the tip for X dollars" and a special interface will pop up prompting you to fill in the facts of the order. To ensure that Google to come back you the exact tip amount, you'll have to input the total bill, adjust the end percentage and split the check among the people you're by helping cover their.

This will output two numbers - the first one is the tip each person has to give, and also the other will be the bill (plus tip) divided through the number of people.

This tool definitely comes handy when you are out of your friends and trying to bring up a 3rd party app to calculate tips while you can use the search app much easiler from your finger tips.