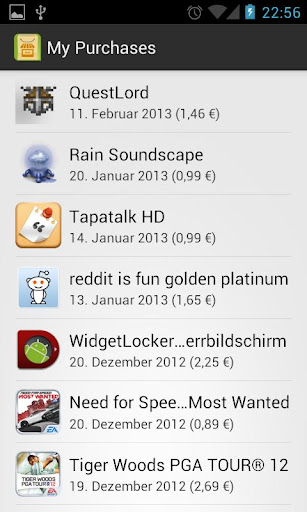 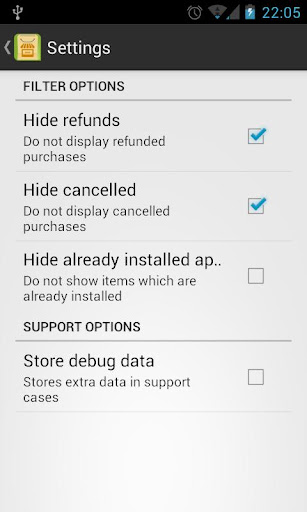 My Purchases is a free Android app that allows users to view their entire Google Play purchase history with just a few taps, as first reported by Droid Life.

This app bridges the gap and provides the missing overview over your purchased apps, books, music and even devices.

The display of purchased apps depends on how many apps you have purchased. There is a chance that not all items are listed. This is because Google keeps the list limited at some point.

It supports multiple accounts, so if you spread your downloads across different emails, that is not a problem either. If you miss this functionality in Google Play, check it out. For those curious, the paid version removes in-app advertisements.