Google Nexus One "Sold Out" forever!

Google warned the users that the Nexus One was approaching the end of its days. Sure enough, Google's official online store for the phone now just shows an ominous message that "the Nexus One is no longer available for purchase directly" from the company which leaves users had to go to any other retrial online store or vodafone UK to order this phone But How google sold 500K unit in this short time. So, on that note, Nexus One: for your straight-shooting stock Android ways and your unlocked radio, you'll be dearly missed -- and we hope your legacy lives on, even though your retail model does not.

The Droid X has not had the best of starts in life what with some people reporting problems with its screen. Essentially some screens are experiencing flickering and banding issues and now Verizon have issued a statement on the matter in the hopes of taking it head on.

Short and sweet to say the least. It's interesting to note the phrase 'very small number of DROID X units' because the statement itself doesn't actually elucidate that point, however, Engadget are reporting that the actual figure is somewhere in the region of 0.1% of Droid X's experiencing these screen problems. At any rate the statement claims Motorola have fixed the issue and that customers with this problem should contact either Motorola or Verizon. Case closed (hopefully).

If you've been following the ongoing saga of Dell's Streak, you've probably already read our review of O2 UK's version -- thing is, the British perspective can be very different from the Yankee one (we didn't see eye-to-eye during the War of 1812, for instance). To that end, we wanted to circle back now that the gargantuan Android beast is finally coming close to a US release and get another quick take.

As a refresher, this thing matches or exceeds the specs you'd expect to find on any modern high-end smartphone in most respects, starting with a 1GHz Snapdragon core, a 5 megapixel camera with dual LED flash, 850 / 1900MHz 3G for use on AT&T, Rogers, Bell, and Telus, and 2GB of internal storage coupled with a bundled and pre-installed 16GB microSDHC card. Where the Streak sets itself far, far apart from the crowd, though, is with an absolutely enormous 5-inch capacitive touchscreen at 800 x 480 resolution. Needless to say, it's a polarizing feature -- and for many, it'll singlehandedly determine whether the phone is a buy or a no-buy.

Our original review ultimately concluded that the Streak was a promising device in need of an update from Android 1.6 to Froyo. On second look, does our American reviewer agree? Read on.

The Streak's display is fantastic. It's not quite as vibrant or bright as an AMOLED device or an iPhone 4, but it's exceptionally usable outdoors and has some of the best touch sensitivity we've ever experienced -- there were actually a couple cases where we had to prove to ourselves that we were even making contact with the display with our fingertips when taps were being registered (turns out they were, but just barely). Dell makes great use of the screen's real estate, too; even though its 800 x 480 resolution is no higher than, say, a Nexus One, the Streak uses lower-resolution screen elements (icons and the like) so that you can fit far more on the screen at one time -- and because it's five inches across, you can really take advantage of it. Sure, you can make out individual pixels in some of the fonts and icons, but so what? We'll take being able to see twelve Gmail items on the screen at once with message body previews (pictured above on the right, versus a Droid X on the left) any day over higher pixel density.

It looks like Motorola are getting set to release another member of their Droid family upon the world and in a smaller package than we've seen before. Some blurry pictures (what else?) have appeared on Chinese forum, Hiapk, showing what appears to be an Android QWERTY slider destined for Verizon in the U.S. Notice the glowing red Droid eye in the shots. Check out the pictures below in all their blurry glory. We are Sorry for the BAD Quality of the images! 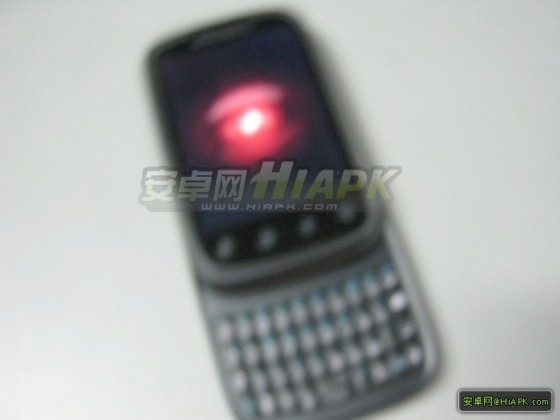 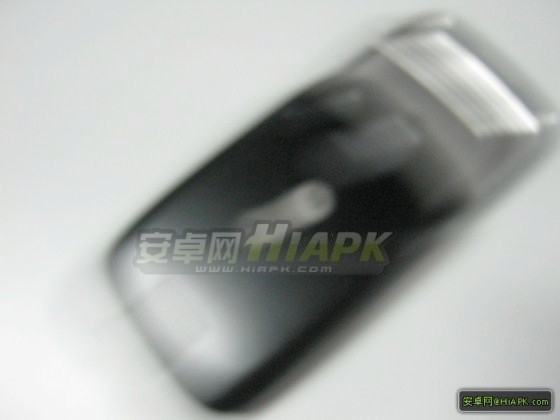 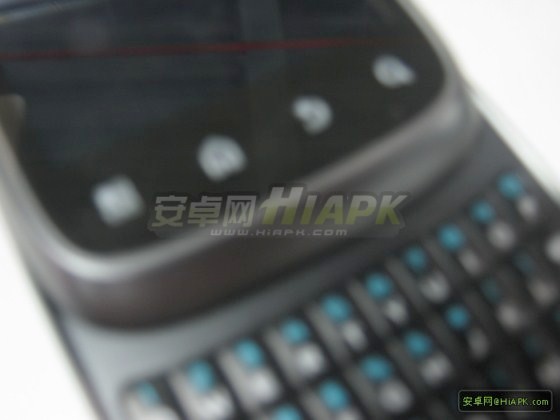 Froyo is barely out the door, but attention is already turning to the next Android version - 3.0 Gingerbread. It will impose minimum hardware requirements, the UI is getting overhauled and Android is splitting into two.

Android 3.0 Gingerbread, says Eldar Murtazin, edotor-in-chief of Mobile-review.com, will be for high-end devices only. A 1GHz CPU and 512MB RAM at minimum plus a display over 3.5" inches in diagonal. Android 2.1 Eclair 2.2 Froyo will remain and run on mid-range and low-end phones.

This will officially lead to the Android platform splitting into two. With so many complaints about platform segmentation now, we can only imagine what it will be when this happens.

Anyway, Android 3.0 Gingerbread will add support for a new resolution - 1280x760 (just over 720p) for screens 4" and bigger (the iPad has a 4:3 1024x768 screen). This should mostly benefit Android-based tablets, which have only recently started cropping up.

The new version will also bring the end to 3rd-party UIs - still, HTC, Samsung, Motorola and the rest will be able to keep their mods for the 2.1/2.2 branch of Android. The new UI for Android 3.0 Gingerbread is said to take its cue from the Gallery App on the Nexus One - the feel, the transitions and so on.

Android 3.0 Gingerbread is expected in mid-October - and we expect the first phone to get it to be theNexus One (it meets the requirements). Unless the oft rumored Nexus Two beats it to the punch.

And as always unofficial ports will become available for current phones. But let's not put the cart before the horse - all this is still rumors, there's no official word from Google just yet.