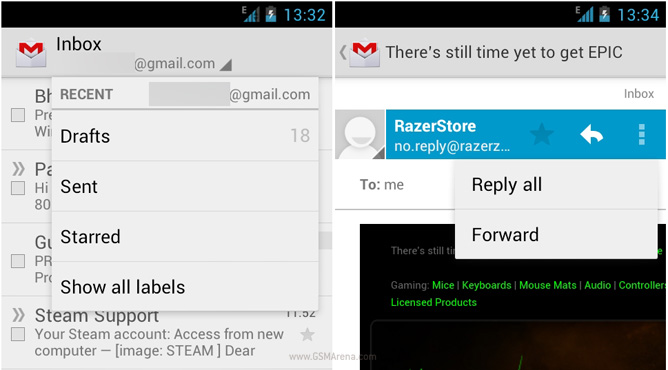 When Google launched the Galaxy Nexus along with Ice Cream Sandwich, they removed the ubiquitous menu button that was found on all the previous Android devices. Instead, they incorporated the functionality of the menu button inside an action bar that appeared on top of the screen. If there were additional options that need not be immediately shown to the user, they were hidden inside a drop down menu signified by a Windows Phone-style vertical ellipsis.

However, this change was only visible inside the native apps in Ice Cream Sandwich whereas the third party apps continued to use a standard menu button functionality, which was replicated on the Galaxy Nexus by displaying the vertical ellipsis in the bar at the bottom of the screen.

The expected Nokia N9 PR 1.2 update has completed yet another stage of its evolution and has now started seeding.

Unfortunately, it is still only a developer-preview version, so you would need to be a registered MeeGo developer who owns the N950 developer platform to get it, but the final release should not be too far away now. Normally, it takes a month or a month and a half of testing, before such beta versions graduate. 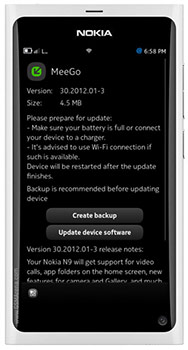