So far, thin has been the keyword for this year CES. We have seen the world thinnest tablet and ultrabook, and now Huawei has revealed an Android smarpthone that claims to be the world slimmest.

Both new Huawei (P1 and P1 S) smartphones have 4.3" Super AMOLED display resolutions of qHD (540 x 960),with Gorilla Glass on top. The Ascend P1 and Ascend P1 S are powered by the same TI OMAP 4460 chipset with a dual-core ARM Cortex A9 1.5 GHz processor and a PowerVR SGX540 graphics chip and run the latest and greatest Android 4.0 ICS.

It should come as no surprise that this device was all but overlooked at CES 2012 as its predecessor, the Casio GZone has not exactly seen its fair share of press or success in the market That said, this device has a few one-ups on its predecessor, including perhaps most importantly the "G-Shock" branding, straight off Casio ultra-popular wristwatch line by the same name. The G-Shock smartphone will be running Android, has a camera on the back, and will likely be near-impossible to break.

Facebook planning to Release its Own Smartphone Next year
Social Networks

Reports of Facebook working on making their own mobile phone is coming out AGAIN. The latest report came from The New York Times who have spoken to several Facebook employees and engineers who have been briefed on the plans.

Facebook is currently working on a Facebook phone, which it plans to launch next year and this time it is going to be more than just a button to launch the app. For this the company has also hired more than half a dozen software and hardware engineers who formerly worked at Apple on the iPhone and iPad. 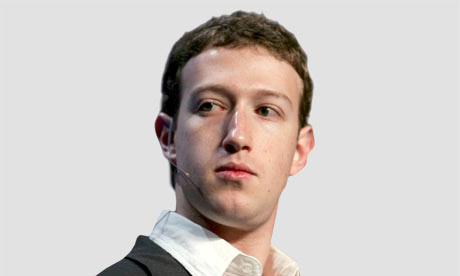 According to NYT, Zuckerberg feels that Facebook should make its own phone or it will end up being just an app. Having their own phone will also be a source of revenue, something that the free apps cannot achieve.