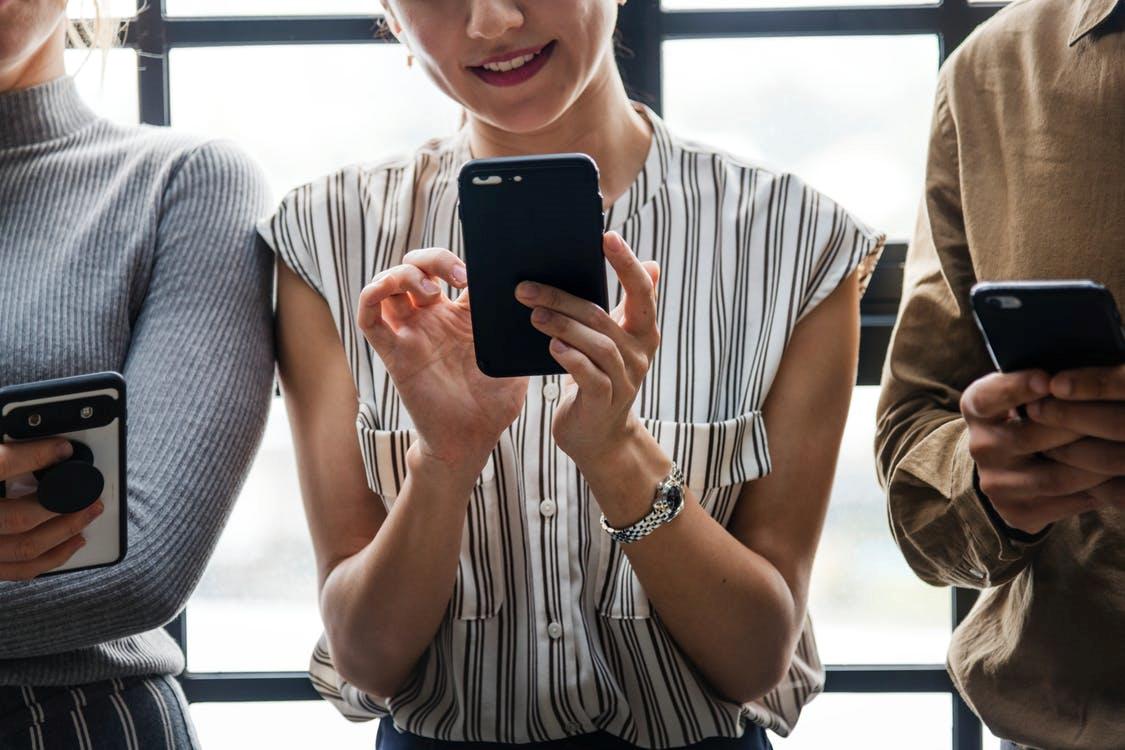 This growth can be accredited to both the rise in smartphone ownership, which is above 70% of the population in the UK, and the amount of choice in high-quality mobile games now available to consumers.

From retro favourites like Sonic the Hedgehog to classics such as bingo, many of the best games, once popular on consoles and PCs, have been adapted for mobile. Here are five that we recommend you give a try:

First up is Grand Theft Auto: Vice City, an action packed, single-player game that follows the story of felon Tommy Vercetti and his involvement in Miami's notorious criminal gangs. Players roam the city on foot or by vehicle, completing various missions as they evade police capture.

Grand Theft Auto: Vice City was first released in 2002 on PlayStation 2 and then on Xbox and PC in the following year. The game received critical acclaim and sold 17.5 million copies within 12 months, with positive feedback being shared widely for its music, gameplay and graphic design.  However, its developers Rockstar Games did receive some criticism for its depiction of violence and criminal activity.

10 years after its initial release, fans of the game were delighted as it became available for iOS and Android devices in 2012. It included mobile-specific features, new camera controls, better resolution and upgraded textures. This game mode allows more customisation of its interface and is popular among both its original console players and a new audience of young adults.

Traditionally played by a more mature audience, bingo is now increasingly popular amongst a younger generation, as it has become widely available online and on mobile.

Bingo halls were once a popular destination for people to gather during their downtime, however the number of bingo halls has halved in recent years as players turn to online games. There are now an estimated 3.5m online bingo players in the UK.

Surprisingly, playing online has become a more sociable option for many, as sites incorporate chatrooms and forums into their games. Also, with the rise of no deposit bingo sites, those interested in the game are able to win cash prizes with less input from themselves. There are many great promotional offers available online for both new and regular players, and with the use of handy comparison sites such as Bingoport, finding and comparing game choices can be done with ease. 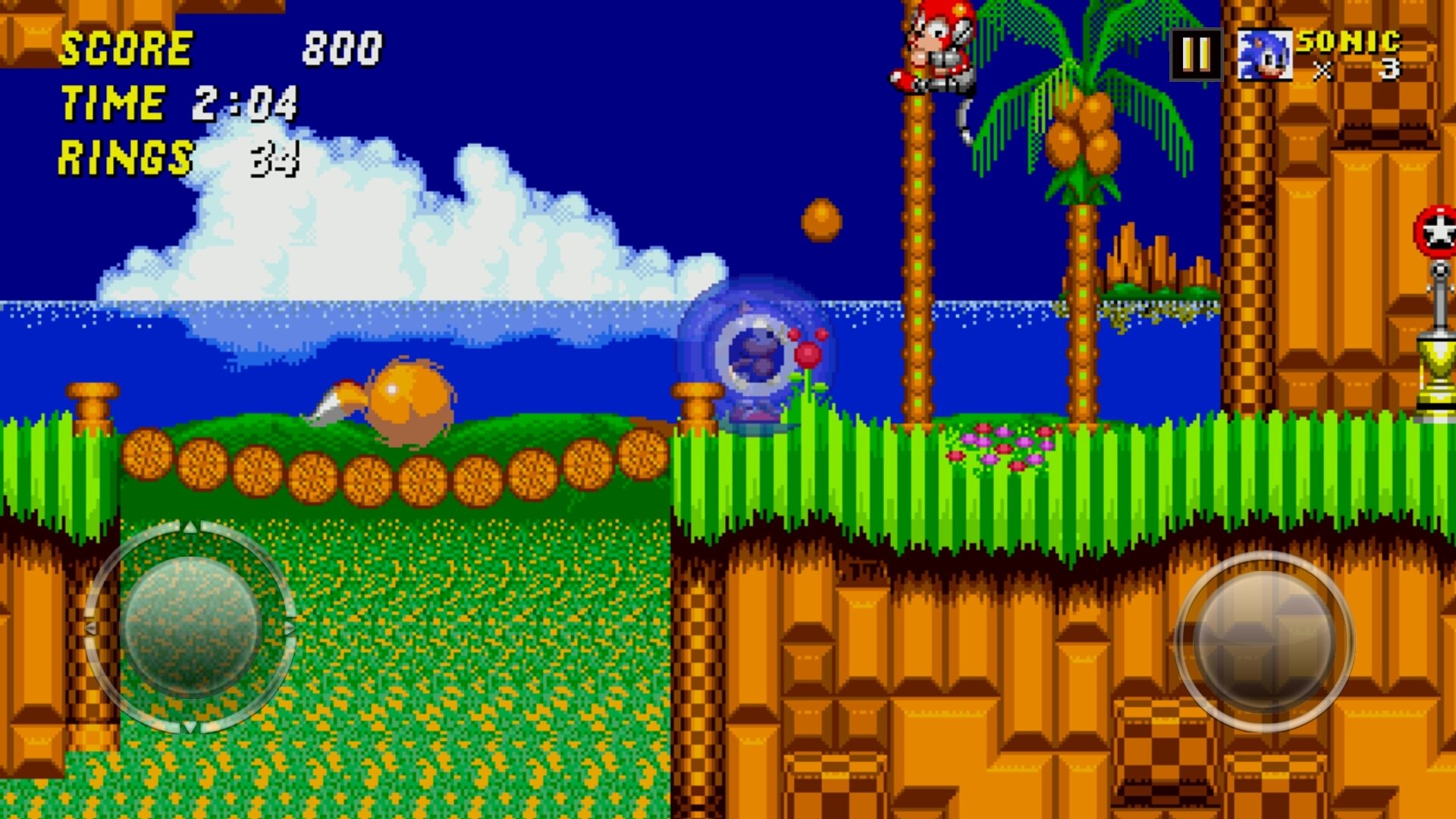 Bringing with it a sense of nostalgia, the classic Sega Mega Drive game Sonic the Hedgehog was released on iOS and Android in May 2013. In the game, Sonic, a blue hedgehog with supersonic speed, is given the task of rescuing animals from the evil Doctor Robotnik. Dr Robotnik plans to turn these animals into robots and achieve world domination. Sonic must battle through multiple zones in order to reach and defeat the doctor.

During the early noughties, newer versions of the game were released on GameCube, PlayStation and Xbox. The franchise has had many series and spin-offs, including Sonic 3D Blast, Sonic Adventure and Sonic Heroes. This video game franchise is estimated to be worth $5 billion alone, not including its related TV series, merchandise and comics.

Now available on mobile through the Sega Forever series, the classic game has been adapted and includes new features. There is an all new time-attack mode and new characters, including Tails and Knuckles who have unique abilities. Even its catchy soundtrack has been re-mastered for the mobile game.

Developed by Core Design in 1996, Tomb Raider was originally released for Sega Saturn, MS-DOS and PlayStation. The plot follows archaeologist Lara Croft as she searches for ancient treasures across the world.

This version of the game achieve over 7 million sales globally and was considered one of the best games in the action-adventure genre. Many reboots of the game have been released on consoles, including updated versions in 2007 and 2013.

Tomb Raider 1 and 2 were released on iOS and Android between 2013 and 2014. They are similar to the original in terms of plot, however graphics and sounds have been updated to provide a more immersive gaming experience. For Tomb Raider players not used to touchscreen controls, connecting an external controller is an option. 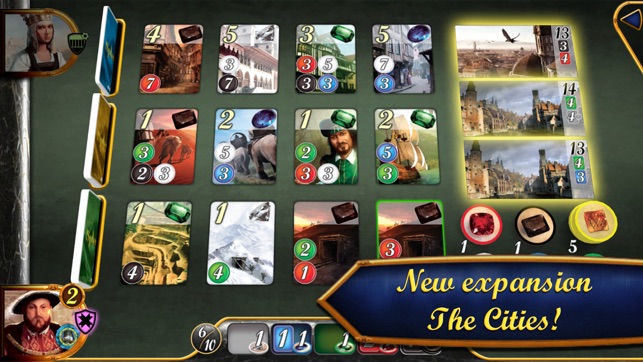 Splendor is a multi-player card-based board game, with each player taking on the role of a gem merchant who must buy shops, mines and transportation infrastructure. Voted the best family board game by both Golden Geek and Dice Tower Gaming Awards, this classic resource management game is loved by many.

Adapted for mobile play, this game is now enjoyed by an even wider audience. With renaissance style graphics and music, players are immersed in its 15th century ambience. ‘Challenges' are a unique feature to the mobile game, they task individuals with scenarios based on actual historical events. For gamers with an interest in history, this mobile app provides more context and a more engaging experience than its original board game version.

With developments in technology and increased choice, online gaming is more popular than ever. Classic games once played on consoles or boards have developed into immersive experiences for handheld devices. These adaptations have allowed games that might have otherwise been forgotten to live on and be enjoyed by new audiences.

Once the domain of a shady underworld and knowing the "right people," sports betting has evolved with the times. Today you can bet on your favorite teams without leaving your home or even firing up your PC.

These days, sports betting companies like Sbobet offer their clients the convenience of mobile betting. As you'll see in the image below, mobile betters have full access to all the same features as they do on a computer, but in a simplified format.

Considering that sports betting started in back alleys, it's come a long way in a short time. This progress was, however, out of necessity. With online gambling providing punters a quick and easy way to get their kicks, sports betting companies had to adapt or become obsolete.

Mobile Is the Ideal Medium

With mobile technology improving consistently, being out of contact is somewhat tricky. Combine that with the power of the web, and it's easy for punters to bet on matches globally. Punters took to the convenience of mobile betting quickly.

After all, if they're up at three in the morning desperate for some action, they've got the perfect outlet. They might bet on basketball in the United States or on an ostrich race halfway around the world.

Mobile Is Convenient for the Sports Betting Companies Too

Manually keeping track of all the action in one city is difficult. You'd have to find the matches, physically work out the odds, keep track of bets, and calculate payouts at the end.

With the introduction of computers, these tasks become a lot simpler. Sports betting companies could now also track games in several locations and assign odds using specialized algorithms. Mobile was a natural extension of this functionality when smartphones came onto the scene.

Mobile adds an extra element of excitement for the punter. For example, they can make bets from the stadium while watching the game.

Why Aren't There Many Sports Betting Apps?

You'd think that sports betting companies like Sbobet would develop an app for their clients to use. Most have, however, opted to go a different way. They've decided instead to create mobile sites designed to work across a range of devices.

This broader approach makes sense in that it allows them to reach the widest audience. The broad reach does, however, come at the expense of user experience. Users operating off smaller screens find the process somewhat frustrating.

The upshot is that while all the basic features are present across a range of devices, accessing all of them on a smaller screen requires some practice. Still, as punters, we're happy to swap some functionality for the ability to place our bets on the go.

The Future of Sports Betting

Sports betting companies are highly responsive to their clients' needs. With the increasing popularity of mobile betting, we can expect companies to streamline their operations in this area even more in the future.

More technologically advanced smartphones will further assist in improving the overall user experience for mobile betting. Who knows - maybe ten years from now, smartwatches will become the next evolution in mobile betting.