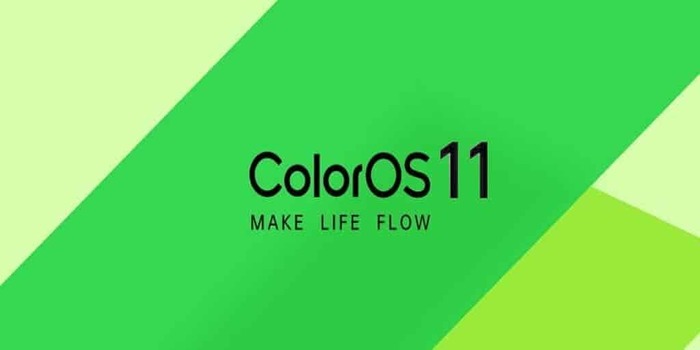 Oppo has announced the release of the latest version of ColorOS globally. Its predecessor ColorOS 6 was released earlier this year. It featured a few fresh tweaks and a new visual appeal. Now the company has unveiled the next iteration of its Android skin - Oppo ColorOS 7. The Chinese company announced the update at a recent event in Beijing and later in a global release on November 26. This time, ColorOS 7 is based on Android 10 and brings a completely revamped UI that is designed to facilitate the heavy users by reduced visual fatigue and offers a more pleasing color scheme. Its icons are entirely customizable, too. Oppo has also added new charging animations and a three-finger screenshot gesture.

Oppo has also introduced a new built-in focus mode, a new password management tool, and a button that allows users to quickly switch between recently used apps in ColorOS 7. The camera app will also have new features like improved night mode and video editing tools. Oppo has also announced a new app that has integration with the Government's DigiLocker service, called DocValut. This app will help users manage their official documents like educational certificates, domicile certificates, and more securely.

The new ColorOS 7 offers improved RAM optimization, increased app startup times, and overall enhancing gaming experience. Oppo has also partnered with Danish audio company Episound to redesign ColorOS 7 sound effects. The attempt is to create a more natural audio experience. Oppo hopes that this will enhance the natural experience of the user. The stable version of ColorOS 7 is due to be released on the upcoming Reno 3 before it is released for other devices. Afterward, it will come to several other Reno devices by the end of 2019. Devices like the Reno, Reno 2, Reno Ace, and Reno 10x Zoom are among that list. But the update will roll out to other Reno, Find, R, and Realme devices throughout 2020.

Oppo launched ColorOS 11 today. More than 20 devices with Android 11 will get the update
Oppo

Google just released the stable version of the latest Android 11 last week, and with the release, it rolled out the operating system on its own Pixel devices without any delay. A few hours later a few smartphone manufacturers kicked off their beta programs and user interfaces build on Android 1. Now, Oppo is revealing its new ColorOS 11 in full, and it might be the biggest roll out you see on Oppo devices.

With ColorOS 11, Oppo has shifted away from the heavy skins you usually have to experience on smartphones from China. The whole user experience is a little bit closer to the traditional Android experience. It has its usual navigation but using most of Android 11's core features including message bubbles and notification mechanisms.

On top of Android 11, Oppo has moved one step ahead and introduced its features. With ColorOS 11 you can adjust the shape of icons, create your wallpapers or designs, and much more. Oppo users can even select three different tones while in dark mode and have that change throughout 24-hours.

Google introduced a screenshot feature with Android 11. Oppo users can take a screenshot just by holding and dragging three fingers on the display. With the latest update, you can also translate the text in that screenshot with just one click. This feature is powered by Google Lens, and so far, people seem to like this feature and find it useful as well. If you need translated text for any purpose, this can come quite handy.

Oppo also brought up a new battery saving mode, performance optimization, productivity feature, and even some privacy enhancement with the latest update. Here is the list of mobile phones by Oppo to get the beta version.

As Oppo gains more and more mindshare with its nicely built, attractive, and capable devices, the pressure mounts to keep the software fresh, and that has proven to be a little bit of challenge so far with the Find 7 devices.

Oppo likes to cater to the tinkerers and developers out there, and its active forums have all manner of discussions about how to do things with Oppo's products. In catering to this crowd however, Oppo also does not push a lot of over-the-air updates for ColorOS, favoring instead to release stable builds or Betas to be manually loaded and installed on devices. Fortunately, the process is literally as simple as downloading a file, connecting the phone to your computer, and then initiating the update on the device itself.

With the last big update to ColorOS 2.0.0i for the Find 7/7a this past October, the devices finally had firmware based on Android 4.4 KitKat, as well as a long list of changes to the user experience. With this update teaser to ColorOS 2.0.4i, based on Android 4.4.2, the Find 7 and Find 7a get a bunch of new wallpapers and the ability to presort apps. The task manager has been enhanced a bit too. Check the Teaser Video below!