Although OnePlus isn't particularly keen on keeping secrets and have already teased the OnePlus 5 quite a few times officially, we have not yet been treated to everything that there is to see. The front mostly remains a mystery with some claiming that the smartphone will feature a QHD Super AMOLED display. The price itself is a very hot topic given that some sources are claiming that the phone will be priced significantly higher than the OnePlus 3T. However, a recent leak by True-Tech is indicating that may not be the case in India at least.

Tags: oneplus india could cost half much galaxy s8+

The Galaxy Note 8 Will Cost You a Million!
Samsung 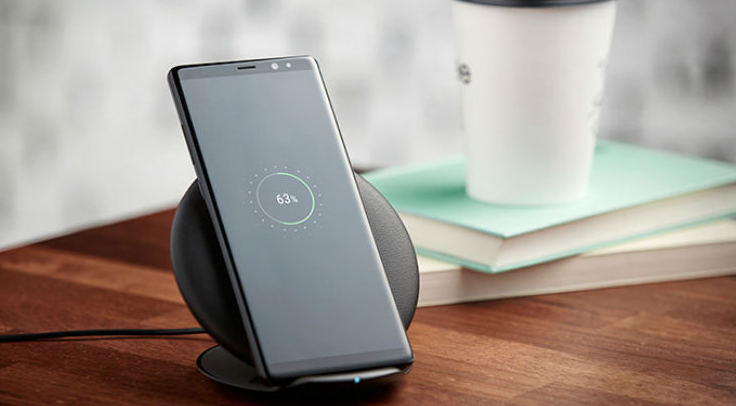 No it's not a typo and yes, the price will indeed come to around a million when the Note 8 is released in South Korea. However, that's one million Korean Won and not dollars (thankfully!). How much does that amount to in dollars? Well, close to around $890, which is actually cheaper than the price of its unlocked version in the US, which is currently set at $930! Although it's not exactly a million dollars, paying nearly a thousand dollars for a smartphone which will become outdated in a few months' time does seem quite expensive. Nevertheless, that doesn't seem to stop Samsung from expecting superb sales numbers all across the globe. Then again, they are probably right and a whole lot of people will be paying that price happily for the Galaxy Note 8.

If you ask me though, I may tell you to buy the cheaper Galaxy S8+ instead. Sure, it has 2GB of RAM less than the Note 8 and it certainly doesn't have a stylus, but most of us will likely never really need the 6GB RAM or the stylus. Don't misunderstand me! The stylus is great for the creative and artistic ones among us, but if you are not, then what exactly are you going to do with it anyway? The dual camera makes a strong point though because it does indeed have some advantages over the S8+'s camera, however, the S8 and the S8+ also sport amazing imaging capabilities. It's up to you, but do take a hard look at your options before making the commitment.

Is This How Much the Galaxy S9 and S9+ Will Cost in India?
Samsung

The latest Galaxy S-series of smartphones have been officially unveiled by Samsung and they will become available to customers all around the world, come next month. The release date will vary of course, alongside the actual price, depending on the concerned region. Although Xiaomi has recently toppled the Korean giant and taken hold over as the number one smartphone OEM in the country, Samsung still has one of its biggest markets in India and we might just have some inside info on what will be the price of the S9 and S9+ there.

Tags: oneplus india could cost half much galaxy s8+ galaxy note cost million! this how much galaxy s9+ cost india?

Google's latest device Pixel 3A isn't the attractive one in the market, nor it has the specs to die for, but it cost way less, and it gets the job done. In fact, Google market it that way suggesting that it is a phone that gets it done which seems kind of brilliant. For years, the smartphonemanufacturers have been pushing the technologies to ge the bigger and faster smartphones. In fact, lots of these have features we don't even need like Galaxy Fold. Samsung spend millions in research to find a screen that is foldable. These have been an extra burden on consumer's wallet.

Last week, Google unveil its latest smartphone, the Pixel 3A and Pixel 3AXL, which are essentially the budget variants of the last year's version Pixel 3. Google simply, removed the high-end hardware and released at the way less price. The pixel 3 has already won the recognition for its superior photography, especially for the night-time photography Pixel 3 has far better results than any other existing camera.

The pixel 3A costs only $399. Google seems not to be bothered by the race of ‘being first' or ‘having the most expensive smartphone'. It is focusing on the market that is budget-conscious and wants a phone that has a good screen, reliable functionality, and perhaps a good camera too. Despite of its cost, it can run your business productivity apps like Gmail and slack, takes great photos, and affordable.

Pixel 3A runs on Android 9 Pie out of box, has 5.6-inch display with 2220x1080 resolution. It is powered by Qualcomm snapdragon 670 octa-core processing chip. It has 64GB storage and 4GB memory. The rear camera is 12.2MP with optical + electronic image stabilization f/1.8 aperture, 76 field of view, and 3,000mAh batter with fast charging.