Unknown to many, Sharp was the original company who introduced the world's first bezel-less or borderless Android smartphone with the Aquos Crystal. Although the credit has to go to Xiaomi for refining it further with the Mi Mix and giving us the world's most advanced bezel-less smartphone at the time. However, Sharp is not about to go out of the game it seems as the latest leak on Weibo is pointing towards another borderless smartphone from the Japanese company. From what we can see, it may resemble the Essential Phone in the way that it has a hole near the top of the display to allow for the front camera.

Rumored to be the FS8010, this one won't be packing flagship specs like the upcoming Mi Mix 2 or any other borderless smartphone. Check it out below (based on what the rumors have provided us with so far).

Buying Samsung’s Latest Flagship 8K QLED TV Sets: It will Burn a Hole in Your Soul Itself!
Samsung 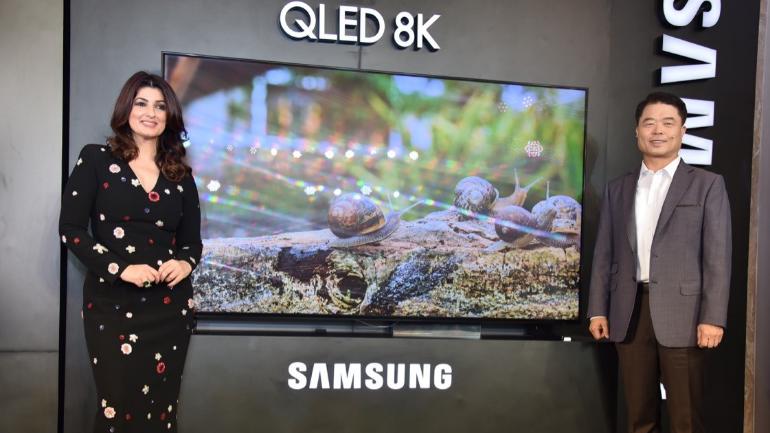 Samsung has just launched its 2019 range of 8K QLED TVs in India and Twinkle Khanna was also there during the presentation for some unknown reason. Now the question is, should you shell out around 60 lakh rupees (roughly USD 86,500) for the 98-inch model? Well, if you are considering it, you might as well go ahead because that is not a sum which probably matters to you anyway!

If you find it to be too pricey though, don't worry, because Samsung has you covered with the more affordable 82-inch model for just INR 17 lakhs (roughly USD 24,500) and the borderline cheap 75-inch 8K QLED TV for only INR 11 lakhs (USD 16,000 roughly). If you did not get the sarcasm yet, you are way too rich or serious for reading this article I am afraid!

If the price on the 8K TV sets made you feel poor, don't worry about it, they are not meant for you or me. Even to those that can afford it though, I would personally recommend staying away from 8K right now and going with the Q90 65-inch (INR 4 lakhs/USD 5,770). Although you will be paying roughly twice the price which customers in the US have to, your expense will be well worth it (kind of and not really)!