Why Pod Systems Are the Most Exciting Technology in Vaping
Technology

Recent estimates suggest that there are approximately 40 million adults in the world who now vape. That's 40 million former smokers who no longer smell bad, no longer pollute their local landfills with thousands of plastic-filled cigarette butts a year and are now significantly less likely to die early from lung cancer and other horrible diseases.

Even if you don't smoke or vape yourself, you should still give some serious consideration to vaping as the most disruptive technology of the century to date because it's almost certain that you have at least one close friend or family member who smokes. The existence of vaping significantly reduces the likelihood that you will one day have to watch that person die from a chronic illness before their time.

E-cigarettes and vape shops like E-Cigarette Empire have only been around in the United States for a little over a decade, but vaping technology has evolved unbelievably quickly during that time. One single aspect of vaping technology - pod-based vaping - is probably responsible on its own for helping many millions of people switch from smoking to vaping.

Pod vaping is probably the most exciting thing going in vaping today, and it's a fascinating topic to study even if you don't vape yourself.

What is it that makes pod vaping so exciting? That's what you're going to learn from reading this article.

Pod Vaping Combines Style and Convenience Like Nothing Else

Pod vaping changed the look of the typical beginner's e-cigarette forever. Before the first pod systems hit the market, an e-cigarette designed for beginning vapers was typically modeled after the appearance of a tobacco cigarette. Smokers - many of whom weren't yet aware of vaping - needed the visual cue of the cigarette shape to understand that the e-cigarettes they saw in convenience stores and other retail outlets had something to do with smoking. The visual cue made them want to investigate and find out what those devices were.

The cigarette shape helped to introduce vaping to the world, but the extremely small size also created some major drawbacks. An electronic device that's as small as a cigarette will be severely limited in terms of its battery life. An e-cigarette also needs to provide storage for vape juice, and it needs a heating coil to vaporize the juice. If you cram those things into a device that's as small as a tobacco cigarette, you're going to have something that stores very little e-liquid and produces very small, wispy vapor clouds.

By the time pod systems appeared on the market, most smokers knew that vaping existed even if they didn't vape themselves. An e-cigarette no longer needed to provide the visual cue of a cigarette-like appearance. It was time, in fact, for e-cigarettes to develop a unique design language of their own. Smokers were no longer looking for "the next cigarette" - they were looking for the thing that came after cigarettes. Pod systems were a little larger than tobacco cigarettes, but they were still extremely small and stylish. They provided an updated visual styling that really resonated with smokers. Many people who hadn't been interested in cigarette-shaped e-cigarettes at all found pod systems very intriguing.

The magic of pod vaping systems doesn't just come from their advanced functionality and updated visual styling. Pod systems also have a magic ingredient that makes them as satisfying as tobacco cigarettes - something that cigarette-shaped e-cigarettes never were - despite their small size. That magic ingredient is nicotine salt e-liquid.

One of the biggest problems with the first-generation e-cigarettes was that they didn't deliver nicotine to the body efficiently enough to be completely satisfying. To switch fully from smoking to vaping, people would have to adjust to lower blood-nicotine levels - and some people just couldn't get through the transition. E-cigarette makers had to keep the nicotine content in their e-liquids relatively low because higher nicotine strengths would cause throat irritation and coughing.

Pod Vaping Continues to Improve With Each Product Generation

Pod vaping systems have become so popular that many of the world's manufacturers of vaping products now invest the majority of their R&D money into pod systems. In the vaping industry, a typical product generation lasts a year or less - and with each new hardware generation, pod systems are getting better and better.

Vapers who use pod systems these days don't just enjoy the convenience of replaceable pods and the smooth satisfaction of nicotine salt e-liquid. They also enjoy some of the most stunning designs in the vaping world as well as all of the modern conveniences that the vaping industry has to offer.

One of the most exciting conveniences that you can find in a pod system today is a "Replay" mode that you can enable with the touch of a button. If you puff on the device supporting the Replay feature and find it particularly satisfying - because the temperature of the device's atomizer coil is just right, for instance - you can press your device's Replay button to save the characteristics of that puff. As long as Replay mode is enabled, your device will replicate that puff every time you press the fire button.

Where are we at with Mobile Payment Systems in 2017?
Gaming

Compared to five years ago, mobile devices, smartphones and tablets are no longer emerging ideas in the technology community. In fact, they are now considered far less as luxury items and way more as an ingrained part of everyday life.

The number of smartphone users in the United States is expected to reach 223 million by the end of 2017, along with a total in excess of 2 billion worldwide users within the same timeframe. With more people than ever using mobile devices to pay for goods and services, and to deposit and transfer money in a number of ways, we need to talk about security and convenience.

Here's our rundown of three key areas in which mobile payment systems play a huge role, the best solutions out there and how they are currently serving their purpose. 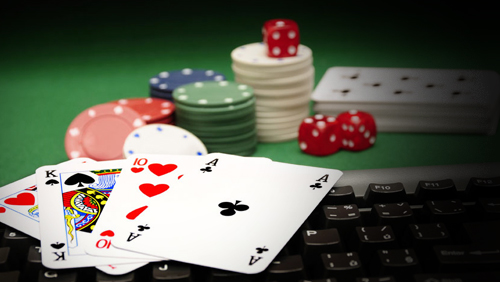 "online-poker-ranking-reliable" (CC BY 2.0) by Chingster23

It's no coincidence that the steady rise of the iGaming industry correlates with the growing popularity of mobile devices. From sports bookmakers to virtual poker rooms, many iGaming operators have already started to invest heavily in mobile apps and more secure payment systems that allow players to deposit, play and withdraw money at a moment's notice, wherever they are.

Review websites do a good job of rating and comparing the security and convenience of different mobile casino no deposit bonus payment systems, particularly those based in North America. The range of payment options these days is actually wider than ever, with many casino games offering players the choice between credit or debit card payments, or online payment systems such as Skrill that are typically known for a quicker withdrawal speed.

Mobile technology has revolutionized the way in which small businesses can take payments for their goods or services. Whether you're a startup T-shirt vendor, a hairdresser or a freelancer, you're ultimately looking for a quick and secure way to bill your customers that is painless for all parties involved.

The two main mobile-friendly options at the moment are Paypal and Square. Paypal is the more well known of the two, and considered to be the industry standard for digital transactions. As well as being secure, it's also easy to create, send and receive invoices. That said, Square has become a key rival to PayPal's success and offers the nifty option to embed payment gateways directly onto a website, as well as slightly better rates for transactions (2.75% compared to Paypal's 3%). Decisions, decisions... 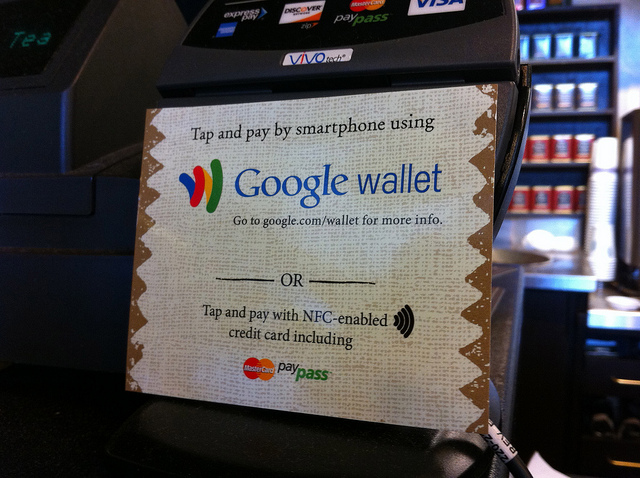 This is very likely going to play a big part in the future of mobile payment systems. While many of us are still getting used to contactless card payments, we're already well on our way to seeing systems like Android Pay, Google Wallet and Apple Pay becoming more and more established in the very near future.

The idea is that, instead of needing a wallet full of cards and cash (if only), all customers need to do is wave their smartphone at the till machine and it will be able to identify their bank account details through a respective Windows, Google or Apple account. At the minute the technology is in its infancy, relatively speaking, and supported by a limited number of merchants on a limited number of devices. However, we definitely expect that number to expand rapidly in years to come. Watch this space!

All of these areas considered, it's clear that mobile payment systems are at a more sophisticated and secure level than they have ever been before.

Whether you're a keen iGamer looking to withdraw quickly and securely from a mobile casino, a budding startup looking to set up a clear transaction process for your products, or even just a regular Joe who likes to keep an eye on the next phase of technology, the landscape of mobile payment options has never been richer. And, in the grand scheme of things, things are only just getting started.