As an Australian who sometimes visits Australia but doesn't live there anymore, let me tell you that when I head back home and fire up the internet I am often sorely disappointed, however not nearly surprised at all.

After a good nine months in Cambodia where the speed of my 4G mobile was faster than my ADSL speed at my parents' house in inner city Perth, I just had to laugh. I have to visit particular sites that don't chew speed to even play new slots games smoothly. From a very poor third world country to coming across to one of the most advanced English speaking first world countries (hey, a lot of Europe, particularly Scandinavia, is streaks ahead of us in most areas) you'd expect the internet speeds to be at least up to the same quality - if not faster.

Yeah, this isn't the case

Australia is detached (physically) from the rest of the world

This isn't news. Plus, it isn't even really that surprising. Australia is the most isolated continent on Earth (except Antarctica, which I'm sure expect slow internet due to, oh, the almost non-existent population levels). Australia is very far from the rest of the world. That's what's kept the country from getting invaded by others and starting a war. Who on Earth can be bothered going all that way to attack? Ships would take forever, and planes are too expensive. With drones becoming more prevalent this could be an issue in the future but until then... I'm losing my point here, aren't I?

To get internet to Australia there needs to be undersea cables laid for thousands and thousands of kilometres. What type of cables? How many? What's the bandwidth there? So, that means that there's a finite amount that Australia can receive to begin with without laying more (hugely expensive) cables.

Once it gets to Australia, it's another story. Let's check out the average speeds of the USA compared to Australia at the Speedtest Global Index, shall we?

Australia is currently sitting at number 56 on the list of the top 100 countries, with an average speed of 26.45Mbps. Oh, look, we're one number ahead of Kazakhstan. The US is sitting pretty at number 9 with a speed of 83.20Mbps. Unsurprisingly, Singapore is number 1 (at 166.44Mbps) and Hong Kong at number 3 (136.15Mbps), two of the most technologically advanced cities in the world (Asia), and Iceland at number 2 and 161.98Mbps, which is arguably the most technologically advanced city in Europe. Who's in front of Australia on the list? Wow! Heaps of countries you wouldn't think. Puerto Rice, Uruguay, Chile, Thailand, oh hey - there's even New Zealand at number 21 with 66.89Mbps!

New Zealand is the island country right next door to Australia on the right hand side. Many people are not aware that New Zealand is even a place (or think it's part of Australia) unless they've met a Kiwi or have seen an advertising campaign luring them there - it's where Lord of the Rings is filmed. There is only around 1700km of ocean between New Zealand and Australia.

Why is Australia's internet so slow compared to the US if it's not just geography?

So, really, maybe the title of this article should be why is Australia's bandwidth so woeful compared to the US, or even their closest neighbour?

The answer to this is a bit of a complex riddle that originates with the history of telephony networks in both countries.

In the US, this tracks back to the beginning of telephony. In 1885 AT&T was formed. AT&T held a private monopoly in the US until 1984, when a court ordered the company to split into regional companies. AT&T was, and is, a private company. Telephony networks in the US were never government owned, always private companies.

A brief history of Australian networks

In Australia, the Telstra network was the only telephony network, a government owned and run network, until privatisation in 1997. This is important to note, because by this time internet was prevalent in all parts of Australia, running exclusively on the only network in Australia - Telstra. The privatisation also included allowing other private companies to enter the market.

Of course, the people at Telstra were clever enough to realise that the country is huge with not much "stuff" (aka infrastructure or population) in the middle - unlike the US. "Australia" really describes the coast of Australia - because there is not much else in the rest of it.

While Telstra's infrastructure was and is aging, they owned it all and it was/is the best available. Other providers couldn't compete due to the huge costs of infrastructure implementation.

Eventually, the Australian government saw the stranglehold that Telstra (still) had on the market and recognized their constituent's cries for faster internet. Thus, the NBN was proposed. The NBN or National Broadband Network, was an initiative dreamt up by the then government in 2007 to get Australian internet speeds in line with the rest of the world.

Trying to find companies to implement the solution were failures. Trying to find the right technologies were failures. The interactions with Telstra inevitably favoured Telstra as they were the experts in the field. Changes in governments over the years meant changing strategies on the project. The NBN in Australia is currently a national joke.

The state of the NBN today

The NBN's statistics are confusing, some say to hide the fact that they're not living up to expectations. Many households that have connected to the NBN complain that they are receiving slower speeds as compared to their ADSL connection, too.

And it's true - in many cases connecting to the NBN is slower than using the old school ADSL. This is to do with the packages, pricing, offerings, and partnerships. Yes, in a lot of households' instances, it is better to go with the technology that has been in place for years upon years, rather than "upgrading" to the NBN.

If you do a Reddit search for NBN + joke you'll be pleasantly surprised by the amount of results that you uncover. Or, if you're an Australian, mildly irritated, but not surprised. The network that was supposed to bring Australian internet speeds in line with the rest of the world has failed miserably, mainly due to changes in government, which dictates policy, combined with lack of expertise in infrastructure by the people hired to do the job - not surprising when government tenders often go for lowest cost offers to save the budget.

While the NBN is still rolling out it is already obsolete. As a first world nation, Australia is relatively slow on the uptake, particularly as it applies to government understanding of technology, requirements, and the effects of privatisation. In fact, plenty of the NBN is still that good old copper wire the telephony networks ran on back when the government owned Telstra.

Australia would do well to invest in learning about technology before they try to implement it. In comparison to Singapore, who invest heavily in tech and learning the differences are stark.

In comparison to the US, the US is light years ahead. While this is a combination of the differences in geography, policy, and privatisation, the evidence is clear. Australia has a long way to go when it comes to learning how to increase their internet speeds and it looks like this is now squarely in the hands of private companies should they wish to take on the challenge.

And I have no doubt that if one of the private companies had taken on a premise such as the NBN they would have been able to implement the system - actually, a better system - at far less of the cost of the government estimates. It remains to been seen what happens in Australia when it comes to broadband but I can only imagine they'll be trailing behind the rest of the world for some years to come.

So, forget it. I'm taking off from mum's house and heading back to Cambodia where I can stream in peace. 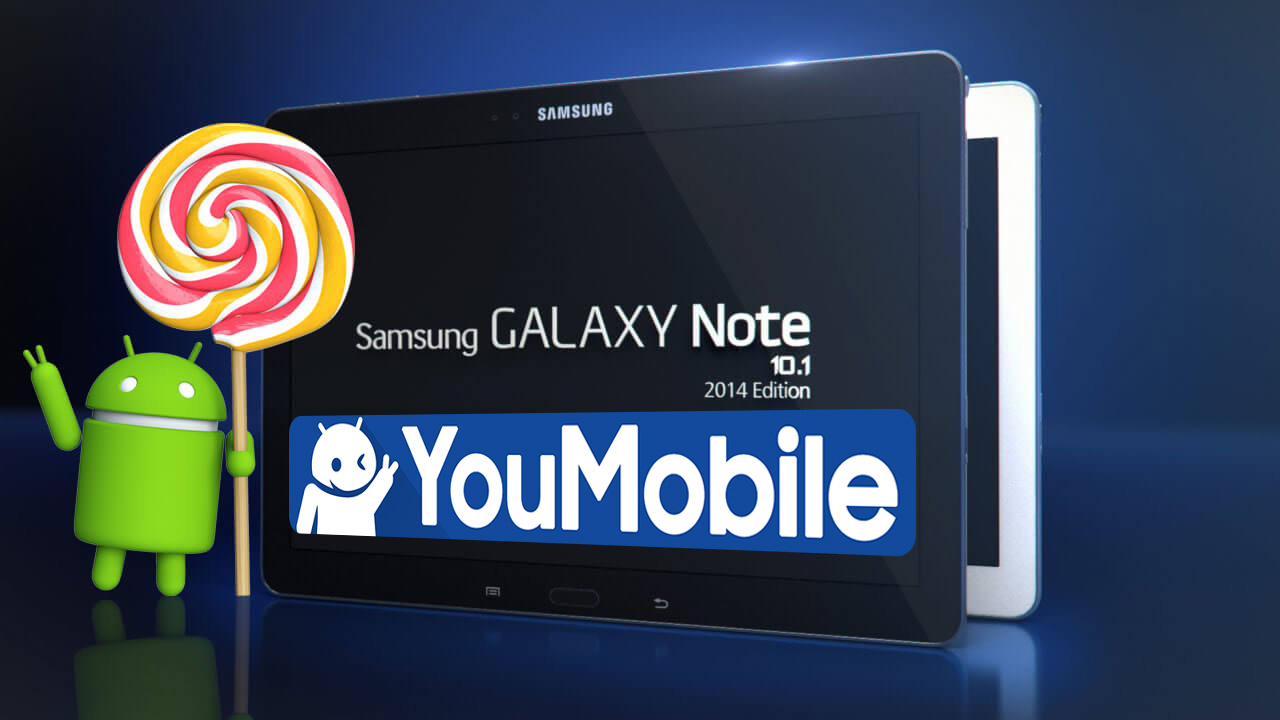 The same update will be available to ALL Galaxy Note 10.1 2014 Edition (SM-P60X) variants only worldwide. The firmware version is [P607TUVUBOI2] and the OTA package size is about 900MB in size. The update packs the latest Lollipop 5.1.1 build along with a new TouchWiz UI with Material Design, updated system Apps, updated Notifications panel, Better Multi-tasking, New lockscreen, various bug fixes and huge performance enhancements alongside, the most important "Stagefright security fix" patch that was implemented inside the build. 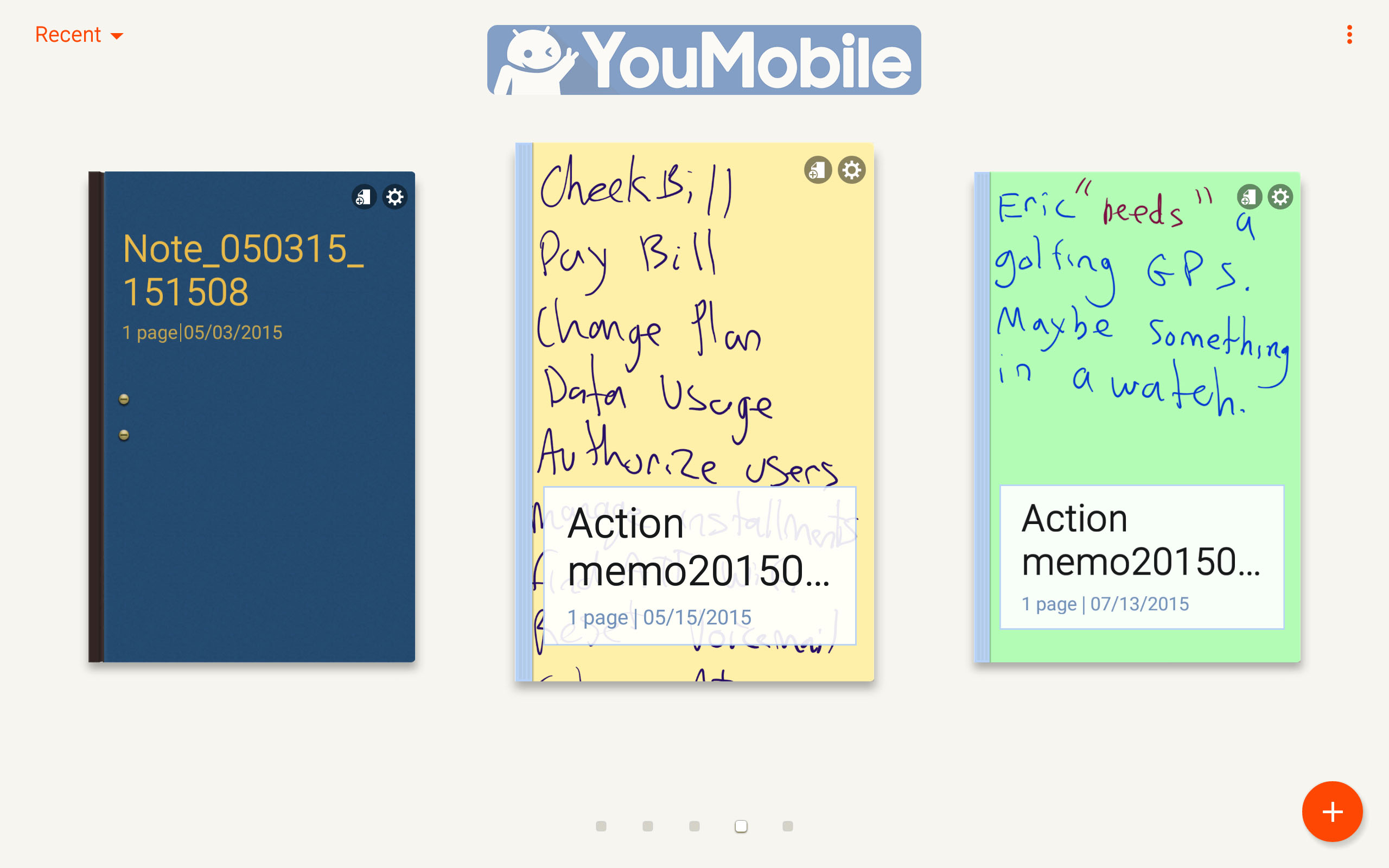 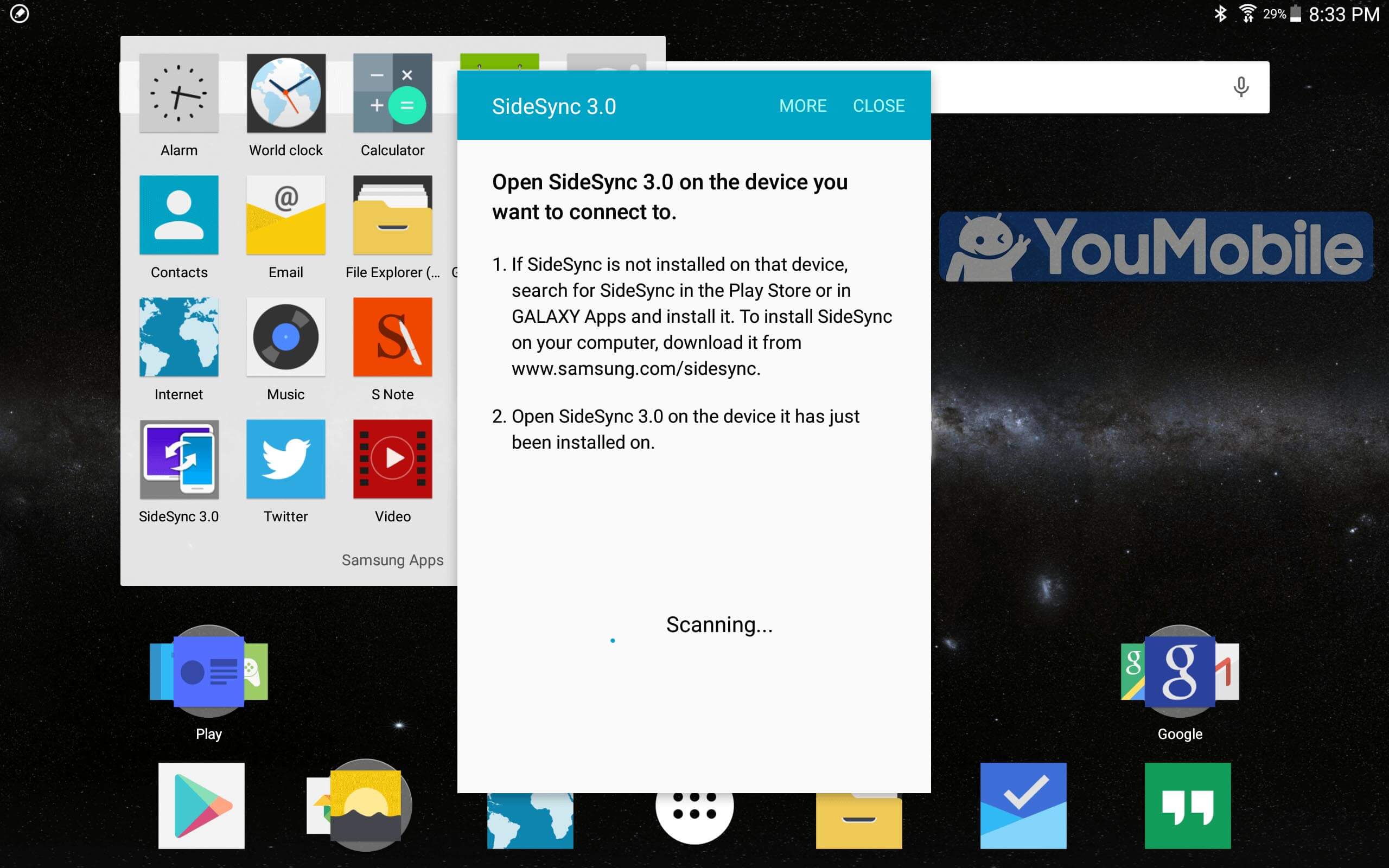 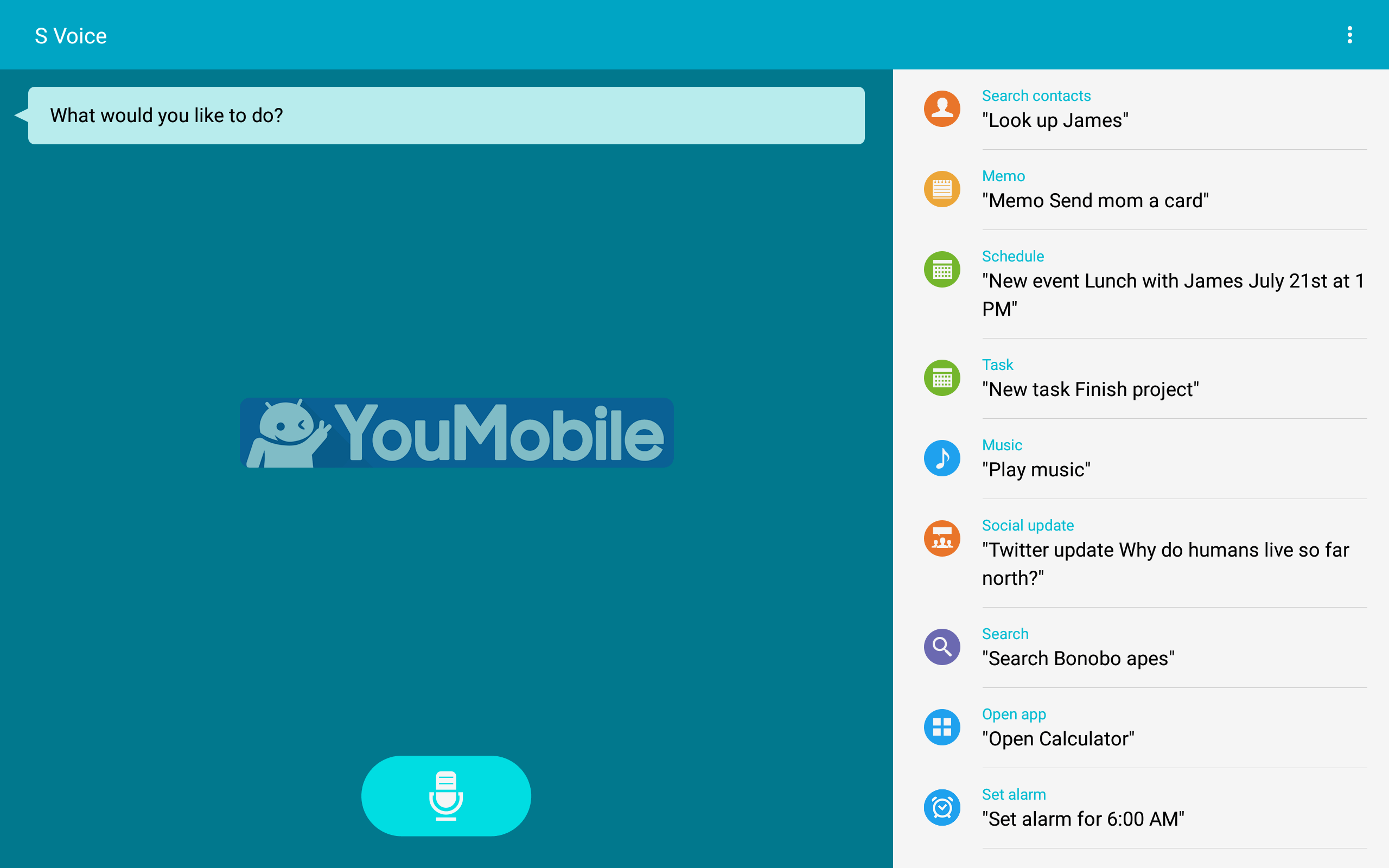 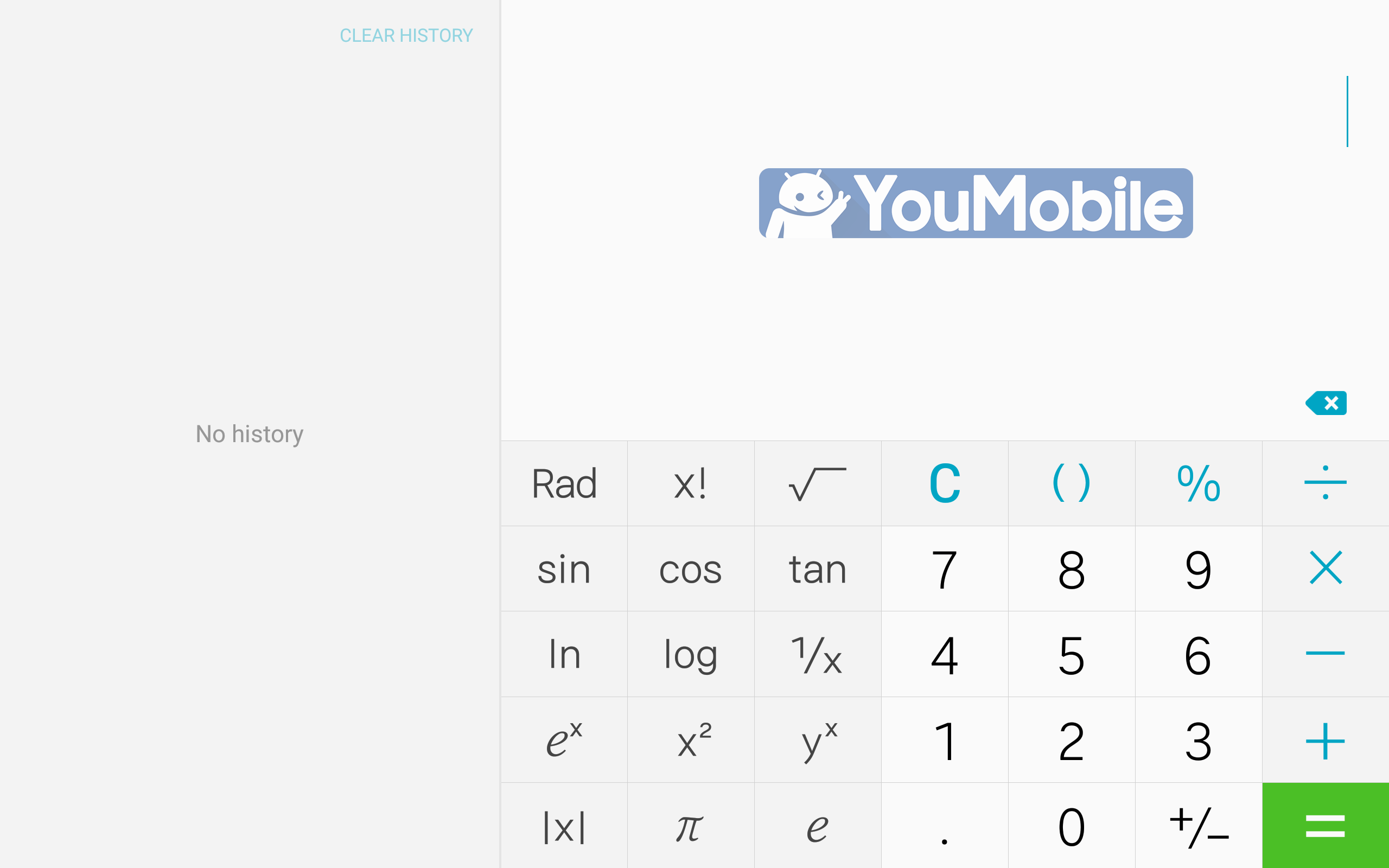 The official firmware is Available for download on our YouFirmware section right away, in case you don't want to wait for the OTA update to hit your device.