After months of testing, The Official Android 4.1 Jelly Bean update for the Verizon Galaxy Nexus has finally been approved and it is Rolling-out to users.

The update is labeled version JRO03O (Android version 4.1.1 ) and has begun rolling out, but it is supposedly only available over WiFi until October 1st, so don't get angry if it doesn't show up when you check on a mobile connection. If it still doesn't show up there is a bit of a trick that may help: go to Settings>Apps>All, find Google Services Framework, force close it and clear data, then check for the update again. 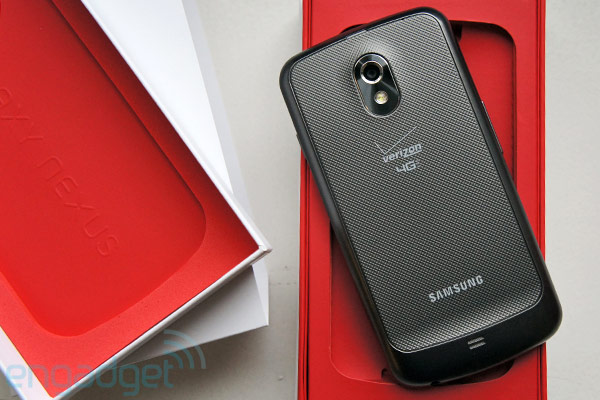 A leaked memo meant for Best Buy eyes only reveals that some Samsung GALAXY Nexus users on the Verizon network have been having problems keeping a 4G LTE connection for more than 15 minutes.

Owners of affected units have been returning their devices and in some cases, receiving another one with the same issue. One Verizon customer went through six replacement phones before finding one that worked. The version that is affected by the bug appears to be I515.

Users of the Verizon's Samsung GALAXY Nexus and have been using Google Wallet after sideloading it onto their device, might have had a surprise when they tried to open up Google Wallet on Friday.

A little message said that "This version of Google Wallet is no longer supported." That can't be terribly surprising considering that Verizon never officially supported the application, and the mobile operator is one of the trio of carriers that is behind competitor ISIS. Just when things had finally been looking up for Google Wallet, with usage doubling in recent weeks, the news leaves Sprint as the only carrier really putting any effort into the application. But that is something that can not be counted on forever since Sprint has its own mobile payment system that it is working on.

If you have a Verizon Galaxy Nexus, your Update must pass through Verizon first for testing before releasing it OTA. So you are know waiting for the Android 4.1.1 Jelly Bean update.

We expect to see the Verizon Galaxy Nexus getting the Official Jelly Bean update probably by early October, and certainly no later than the end of the year. That's mostly an educated guess, but it helps that a test build of the Jelly Bean update for the Verizon Galaxy Nexus leaked out today. And, for those of you that are rooted and comfortable with ClockworkMod Recovery, you can flash it right now.

If you're tired of Verizon dragging their feet on an official update to Android 4.1.1 Jelly Bean for their 4G LTE-enabled Samsung Galaxy Nexus, you might be interested in checking out a newly released ROM based off the JRO03L AOSP build. The code recently hit the AOSP servers and provides the purest Jelly Bean experience you could expect for the device. 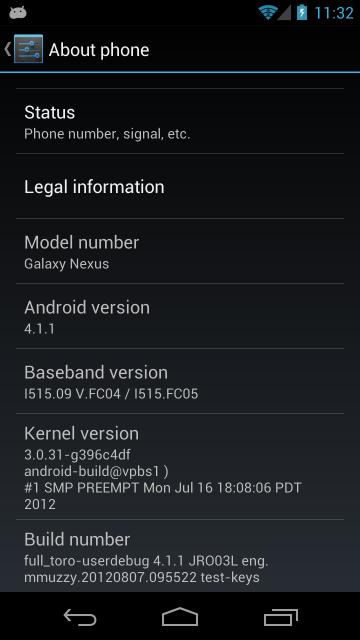 It's almost close to what you will get when an official update takes place. When that will happen is anyone's guess, so if you aren't averse to rooting your device and flashing some custom software heading to the XDA link below might be worth your while.