Yesterday, Google released the Android 4.1.2 Jelly Bean update to Nexus 7 users and on AOSP. It is just minor update to the JB 4.1.1 build, you can check the 4.1.2 Change-log Here. 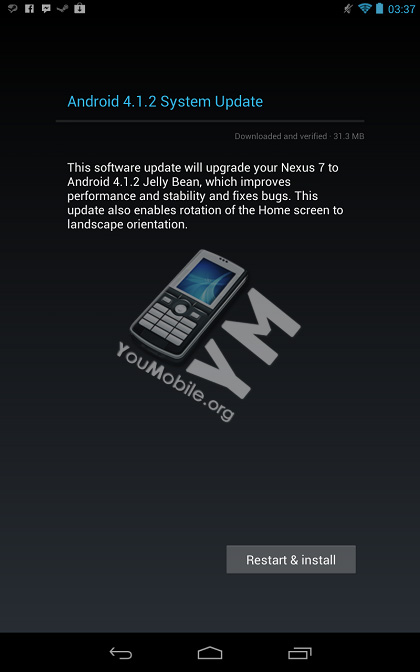 Latest report indicate that the Next device to get the update this Month will be the International variant of the GALAXY Nexus bringing the same changes and performance improvements as the Nexus 7. Verizon's Galaxy Nexus users will have to wait a little bit longer to get the update.

Samsung GALAXY Nexus, the latest Nexus in the Market even if its a year old but it still impress us with its power handling Google's latest Android updates like Jelly Bean 4.1.1... But How tough the GNexus Hardware ?

Here is some photos of a 'SEXY' GALAXY Nexus stress test that caught out attention, Enjoy! 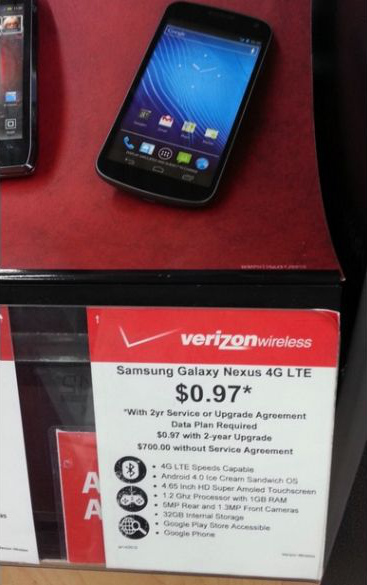 Walmart is offering Verizon's Galaxy Nexus at the heavily discounted price of only $0.97. There is no official confirmation about the deal yet, as the only evidence we have about it is a photo taken by a Reddit user.

If indeed true, keep in mind that the deal is only valid for Walmart's retail stores, and not online.

Today, Couple of photos leaked on picasa that appeared to be taken from Samsung I9260, which is rumored to be the Upcoming Galaxy Nexus 2.

This latest image was shot using newer software I9260XXALI9 while the previous two were shot with ALI5 which indicate a Newer built, looks like the Galaxy Nexus 2 is still in developing process.

There's another photo from the I9260 on Picasa from a few days ago, which was shot using flash, so at least we know the camera has that. This photo was snapped with ALI5 software for what that's worth.

Verizon finally got around to updating the Samsung GALAXY Nexus to Android 4.1.1 Jelly Bean which means that Google has updated the factory images page for the device that includes the new JRO03O software version. Despite the long delay for Verizon owners, the Samsung GALAXY Nexus is supposed to be among the first devices to update with its stock Android UI.

The Factory Image is very useful as if anything happened to your device you can download it and easily roll back to the Jelly Bean factory setting.