The new stat was tweeted out by Samsung South Africa, and follows the company announcement last month that it had shipped over 300m handsets both smartphones and dumbphones in 2011 as a whole.

Working all day on one battery charge. That is what Samsung promisses this year whith their new smartphones, says a senior manager at Samsung in an interview. It is for normal to heavy users, says the manager of the Korean electronics manufacturer.

According to Kevin Packingham, vice president for products at Samsung, Samsung will provide a guarantee for its smartphones this year. Guarantees that they will last at least a whole day in normal use on a single battery charge. Packingham told this in an interview with CNet. According to the CEO, many consumers now fear that they will get through an entire day on a single charge it. This is undesirable according to Samsung and they said that the tide will turn in 2012 with their upcoming phones.

Technology start eveolving aound smartphones, The New Standard data transfer for mobile phones is the USB 3.0 and it should begin rolling out to smartphones and tablets before the end of 2012. You will need a laptops/Macs with USB 3.0 ports as well.

In real life the acquirement of USB 3.0 will increase the data transfer speed of your next device to roughly 800 Mbps. "What takes 15 minutes will roughly take 1 minute and 10 seconds".Now do not expect to see full-sized USB ports on your next smartphone the upgrade should happen in the form of USB 3.0-supporting microUSB ports to meet the demands of thin industrial design.

As operators around the world look to curb people data usage by rolling out confusing pricing plans or just simply raising their rates, things are going a little bit differently in Russia. MegaFon, the third largest operator in Russia, recently held a contest whereby the person who could use the most amount of data would be awarded with a 150,000 ruble ($5,000) vacation overseas, the winner was someone who managed to pull 419 GB in a single week.

With some calculations, that is a constant download rate of 5.7 megabits per second. Not bad for a network that uses 21 Mbps HSPA+ technology, which is arguably inferior to anything offered in America, but on par with what is available in most of Europe. Some countries have 42 Mbps HSPA+ networks, but that technology is not widely deployed yet.

Toray Introduce a Screen-protectors That Repair itself, Soon in Markets Worldwide
Technology

"Toray" Advanced Film states that it is bringing some pretty futurist technology to market in the near future. It claims that it has developed a film that is able to repair itself in 10 seconds or less Wolverine-style.

Toray currently manufactures the film for a small number of applications such as decorative films for laptops, but says it has established a volume production system for the product. The company says its intention is to obtain $24.3 million in sales in 2014.

The product has a self-repairing layer on the surface of the polyethylene terephthalate film. While Toray has not revealed the details of how the layer is constructed, it has properties that allow it to repair scratches in 10 seconds or less at room temperatures. Unfortunately, if the film is damaged beyond that layer, say for example a knife cuts it, it is unable to repair itself. Toray has tested the durability of the film 20,000 times in succession, making a great solution to the wear and tear the average person tablet and phone sees.

Experiments: Future Smartphones Will See Through Walls and other Solid objects
Technology 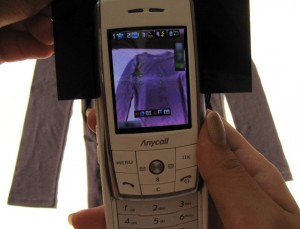 Scientists from the University of Texas are on the verge of developing a mobile technology capable to see through walls and other solid objects. The technology combines the capturing of an unused "TERAHERTZ" range in the electromagnetic spectrum with a a new microchip capable of reproducing the data.

Thanks to the direct tapping in the terahertz range the future sensors will be much more simple than similar technology used nowadays, as it won't need the use of several lenses inside a device.

The new chip is based on the popular CMOS (Complementary Metal-Oxide Semiconductor) technology, but when combined with terahertz waves it becomes possible for the sensor to capture images behind solid objects like walls and bodies.

The technology is very powerful as it offers limitless uses in construction, medicine, archaeology, document and money authentication and many more fields. The simplicity of the technology also makes it usable in mobile devices, which adds an interesting privacy concern to the matter.

Fujitsu has developed a new system that allows any standard mobile phone cameras to take 3D pictures and videos too.

It demonstrated the system at one of its Tokyo offices. The company has produced a small attachment which fits over a mobile camera lens. The attachment uses a series of small mirrors to split an image or video recording into two parts. It then uploads this data to a server, which combines the two parts into a single 3D picture or video. 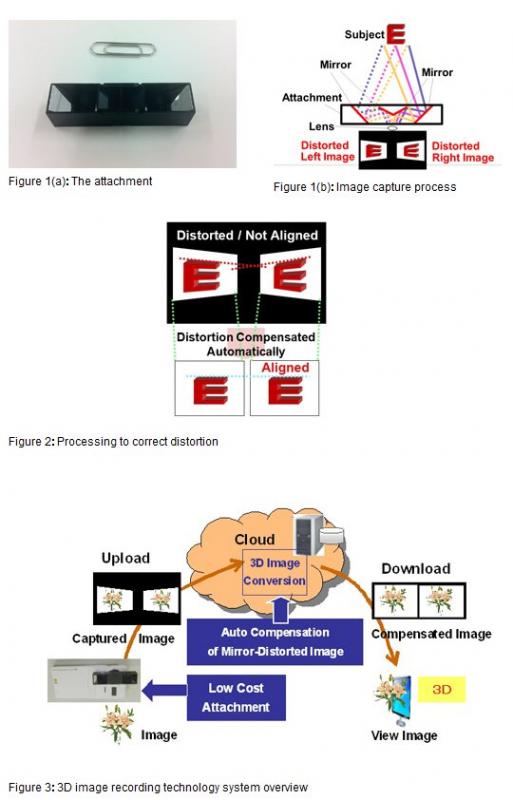 Teruyuki Sato, Researcher, Fujitsu Laboratories "The heavy processing is carried out in the cloud. This means that there is no need for dedicated software or chip hardware in the smartphone. This technology allows for capturing 3D images using everyday smartphones or feature phones."

The 3D movies work best with active viewing glasses. 3D photographs can be viewed with standard 3D glasses. The images can also be viewed on special devices, such as this 3D digital photo frame.  This Technology will be available by the end of this year.

If you are browsing from Mobile, Click on the image above to watch the Video! 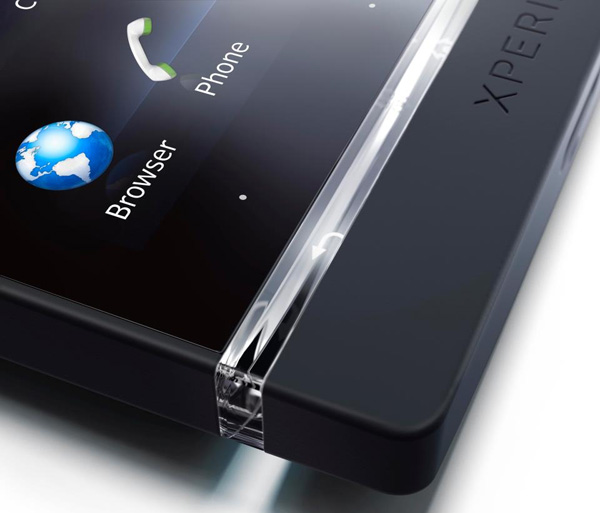 Sony has announced that their newly announced Xperia smartphones, the Xperia S and Xperia Ion, will come equipped with the GLONASS satellite navigation system built-in.

Also, hey have also revealed that some of their previous smartphones on sale right now have had GLONASS support built-in since launch. These other handsets include the Xperia arc, Xperia arc S, Xperia ray, Xperia neo, Xperia pro, Xperia PLAY, Xperia active and Xperia Live with Walkman.

GLONASS is to Russia what GPS is to America. Most of the phones have just GPS on-board, which restricts them to 31 satellites but having both, GPS as well as GLONASS on-board, you have access to 24 additional satellites, which not only speeds up lock-on time but also ensures you get a lock-on in trickier places when you are surrounded by tall buildings.